It’s Banned Books Week! Our library system has one of the largest collections in the country, so come celebrate your freedom to read by checking out a book that has sparked controversy. Books are often banned from schools and libraries for sexual content and violence, but we wanted to explore some of the stranger reasons books have been taken off the shelves. Please enjoy five book bans that made us laugh, and click on the titles to find the books in our catalog!

1. Where the Wild Things Are by Maurice Sendak

In 1969, child psychologist Bruno Bettelheim wrote that it could be traumatizing for children to read about the character being sent to bed without dinner. This led to the book being banned in schools and libraries throughout the country.

Yes, you read that correctly. Both the American Heritage dictionary and the Merriam-Webster dictionary have been taken out of schools across the country for defining “provocative” words. While controversies over this reference book began in the 1970s, it was banned as recently as 2010 in a California school district.

3. The Diary of Anne Frank 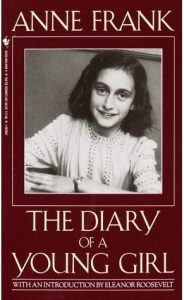 While this book has been banned several times for sexually-explicit passages, it has also been challenged as “pro-Jewish propaganda” with claims that Anne Frank never actually existed. The most head-scratching reason for banning the book came in 1983, when the Alabama State Textbook Committee called it “a real downer.”

Parents in Kansas in 2006 got this book banned because of the talking animals. They complained that showing lesser creatures with human abilities of communication is highly disrespectful to God, and it must be the work of the devil.

This innocent picture book was banned by the Texas Board of Education in 2010 thanks to a misunderstanding. The author happens to have the same name as a Marxist theorist, and no one “bothered” to check if it was the same person. What a great reminder of the importance of doing your research.

All of this content was found on The Week’s 17 most surprising banned books, so check it out if you want to see more!

Written and Edited by: Nicole