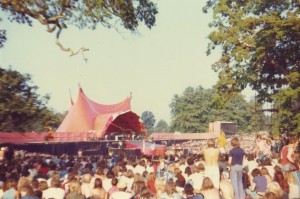 The Rolling Stones at the 1976 Knebworth Festival. Photo by Richard Humphrey.

The music festival season is once again in full swing! Every summer brings seemingly more and more options for concert fans to choose from. Festivals can be a great way to experience a wide variety of musical acts from the superstar headliners to lesser-known local groups. Many music festivals have been expanding their offerings to include literature readings, art displays, and massive record and merchandise tents. Recent years have also seen festivals focus further on partnering with innovative local food and beverage companies. The UGL is here to highlight some of the festivals that will be going down in Illinois as well as a couple in locales a little further away. 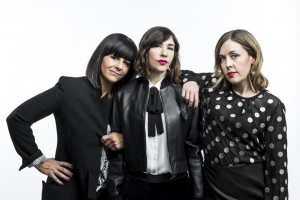 Pitchfork, arguably the most prominent music website in recent years, puts on an excellent festival in Chicago in Union Park. This year’s festival takes place from July 17-19, and will feature Wilco, Sleater-Kinney, and hometown hero Chance the Rapper as headliners. Other performers of interest include Future Islands, Run the Jewels, Courtney Barnett, and Vince Staples, among many others. I’ve been to the Pitchfork Music Festival a couple times, and it’s always a good time. Pitchfork does a good job splitting the difference between the super huge festivals (Coachella, Bonnaroo, etc.) and the smaller more niche festivals, while still offering a varied lineup. 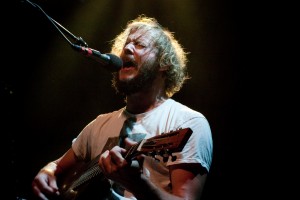 If you’re looking to travel a little further afield for a festival experience, you should consider checking out the inaugural Eaux Claires Music & Arts Festival in Eau Claire, Wisconsin. Founded by Justin Vernon of Bon Iver and The National’s Aaron Dessner, this festival seeks to “encourage music-genre-walls to melt away.” The lineup includes Bon Iver, The National, Spoon, Sufjan Stevens, and Low. It also includes some artists that don’t fall under the indie rock umbrella, such as hip-hop collective Doomtree, the Blind Boys of Alabama, Sturgill Simpson (for my money the best contemporary Country artist), and Japanese noise rock all-stars Melt Banana. First-year music festivals can sometimes be dicey propositions, but this one should be well worth visiting, especially if you are a fan of Bon Iver or The National. 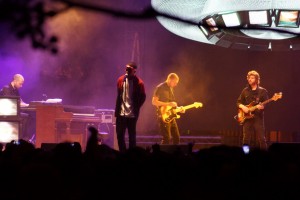 Frank Ocean performing at Lollapalooza in 2012. Photo by Shane Hirschman

One of the monsters of the summer music festival circuit, Lollapalooza is taking place in Chicago’s Grant Park from July 31st to August 2nd this year. Lollapalooza always draws massive headliners, and this year is no exception with Paul McCartney, Metallica, and Florence + the Machine taking the top three slots on the bill. Lolla features a ton of acts, but here’s a brief sample of some of the non-headliners: Sam Smith, Tame Impala, A$AP Rocky, Bassnectar, and TV on the Radio. On the culinary side of things, the festival’s Chow Town food section is curated by Graham Elliot of MasterChef fame. If you can swing the high ticket prices and large crowds, Lollapalooza is a treasure trove of musical entertainment. 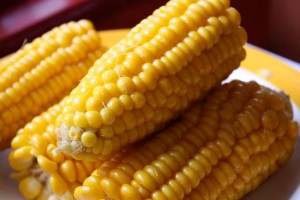 If you’re looking for something a little more local, I’d recommend checking out the Urbana Sweet Corn Festival. Set in downtown Urbana, this year’s festival takes place on August 28th and 29th. British post-punk/new wave rockers The Psychedelic Furs will be headlining the festival this year. Eddie Money and Kansas were the last two headliners to give you an idea of the festival’s target demographic. Although the musical acts skew a little older than some of the other aforementioned festivals, it’s still a great time, particularly if you’re interested in eating delicious locally grown sweet corn. 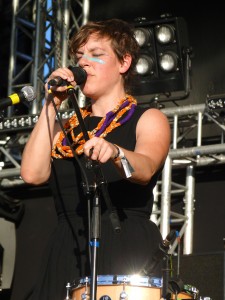 Although the Pygmalion Festival technically starts on the first day of Fall, I can’t avoid mentioning the biggest Champaign-Urbana festival. This year’s fest takes place from September 23rd to the 27th, and features musical acts Ride, Purity Ring, Tune-Yards, and Strand of Oaks among others. The festival takes place at various venues around Champaign-Urbana, and includes a number of tech speakers and literature readings, including Stephen Wolfram, Will Leitch, and Brandon Stosuy. One cool thing about this festival is you can buy individual tickets for shows or speakers if you don’t have the time or money to get the full festival pass. Pygmalion is going to be announcing more musical acts and speakers in the coming months, so keep your eyes peeled for announcements.

Are there any summer music festivals in the area that we missed? Let us know in the comments!