August is just beginning here on campus. It’s hot, humid and, oh yes, HOT! For those of us wishing we were elsewhere, have you ever wondered what the future is going to be like? Or how the present would be different by the changing of a past outcome? There’s a whole genre of books that deal with these types of ideas and thoughts, they’re called Dystopian Worlds.

We here at the UGL wanted to recommend some of our favorite, lesser known books that give human past, present and future a different spin.

The Eyre Affair by Jasper Fforde

The Eyre Affair is heaven for those loving puns, books and adventure. A literary cornucopia of inside jokes for readers of any classic literature, Jasper Fforde gives us Great Britain, circa 1985. In this version of 1985, time travel is routine, cloning is a reality (dodos are the resurrected pet of choice), and literature is taken very, very seriously. England is a virtual police state where an aunt can get lost (literally) in a Wordsworth poem and forging Byronic verse is a punishable offense. All this is business as usual for Thursday Next, renowned Special Operative in literary detection. But when someone begins kidnapping characters from works of literature and plucks Jane Eyre from the pages of Brontë’s novel, Thursday is faced with the challenge of her career. 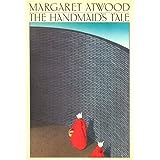 The Handmaid’s Tale by Margaret Atwood

What if the Puritan lifestyle hadn’t faded away? What would the consequences of this be for both men and women? Atwood gives us just such a world, creating an extreme of the gender hierarchy in today’s society. In the novel, certain women are nothing more than brood mares, and signs are all pictures because women are no longer allowed to read.  Filled with scathing satire and dire warning, The Handmaid’s Tale is a book for those who question the need for continued feminism in society.

Fans of the Hunger Games rejoice! Here is a book that can fill the void. In this world, society is coded by color, with Gold being the highest caste in society and Red being the lowliest. Yet even young Gold’s are challenged amongst themselves for dominance. If you’ve ever thought of which Greek god you’d have an affinity with, how you’d fare in a Lord of the Flies type situation, or the lengths you’d go to in order to end societal imbalance, then read the story of Darrow, a Red in a Gold’s body, and how he faces these challenges and more.

When She Woke by Hillary Jordan

If you’ve ever felt ostracized by society and had your values questioned, you might relate to the story of Hannah. In a not-too-distant America, Roe v. Wade is no more, and the lines between church and state have been eradicated. Here, prisoners are not kept in cells, but thrown out into society with markers showing all the world their crimes. There are interesting parallels to Hawthorne’s The Scarlet Letter in both the heroine and subject matter explored. When She Woke reads like a thriller, but puts a spotlight on the politicizing of the church and how that affects society.

Ready Player One by Ernest Cline

This book looks toward the next step in role playing technology and adventure. In the year 2044, reality is an ugly place. The only time teenage Wade Watts (his name has alliteration due to the influence of Stan Lee) really feels alive is when he’s plugged into the virtual utopia known as the OASIS. Wade’s devoted his life to studying the puzzles hidden within this world’s digital confines—puzzles that are based on their creator’s obsession with the pop culture of decades past and that promise massive power and fortune to whoever can unlock them. But when Wade stumbles upon the first clue, he finds himself beset by players willing to kill to take this ultimate prize.

These are just the tip of the dystopian world iceberg, so go ahead and feel free to search our catalog for other books with a subject search using the word dystopia to see what all is available in our collection. Dystopian worlds fill the imagination with questions such as “what might have been” or “how will this affect society”, if you’re a curious soul, take one out for a spin before it’s time to buckle down for the fall semester.  See you in the alternate reality!