There are three major versions of Minecraft- Java Edition, Bedrock and Education Edition, which is a derivative of Bedrock. This article is an investigation and comparison of each version in terms of viability for science simulation level creation and conversion (originally for project WHIMC) as well as teaching learners to code. It also functions as an on-going reference.

Education edition makes use of behavior packs (in addition to resource packs), which are .json behavior scripting – calls in MCPE-type assets created by companies like LifeBoat. Microsoft seems to curate the lessons – there’s no simple application to make behavior packs and in-game NPC commands, it’s realistically a lot of forum-digging and video hunting. I’ve found some notes for adding NPC’s and for permissions and commands. Also border, allow and deny blocks for shaping world construction interactions. From a previous series -> Datapacks for worldgen tutorial.

MCC Toolchest can convert recent non-copyright worlds back and forth

Bedrock user files on Windows at

Anything related to custom mods won’t work in Education Edition, blocks newer than 1.14 will not convert, some may change orientation.

Mojang released Bedrock add-ons at E3 a few years ago – see an overview. They can be downloaded from the marketplace to a compatible device that has Bedrock Edition (Education Edition will not suffice). I used my Android phone with Pocket Edition and was able to pull out files with WorldExporter, but it’s just easier/better to use Bedrock on Windows 10 through the Microsoft Store, which is the same version.

Behavior packs are based on .json files. There’s a good tutorial on the wiki about how to remix a behavior pack to make pigs explode like creepers. I have yet to find any reference that tells you how to build a behavior pack from the ground-up, it all seems to be about using existing ones. Luckily Mojang has a downloadable release of their default behavior pack you can start with as a kind of template. It does not contain some directories that are used in Education Edition, such as animation_controllers or functions. The is a documentation directory contained within that provides some limited information about .json functions and format. There are many functions that exist but that are not documented anywhere.

Resource packs are easier to make because you can look at example graphics files and deduce the layout. The same can be done with other entities or even blocks but beware that some add-on packs may use non-standard geometry. NPC’s for instance, are generally taller:

I found an older but decent tutorial on how to make custom resource packs for Education Edition.

Commands can be given upon talking to the NPC or by pressing a button in dialogue with them. The available commands are the standard ones in Minecraft like give, tp, weather, tellraw () for links, scoreboard, etc… (video of common ones). NPC commands can be mixed with command-blocks and redstone to create opening doors and multi-part story interactions with enough work and use of setblock. It’s possible to get NPC’s to follow you around as well using a teleport command relative to a player (out of a command block).

Education Edition has a few exclusive commands, like switching to be a worldbuilder, classroom mode and allowing players to fly in survival mode.

Other Experiments and Investigations

Marketplace worlds have empty behavior and resource pack directories when extracted. It seems like they’re being referenced at external locations.

Amulet Editor cannot open Marketplace worlds, claims file does not end with newline; freezes and does the same thing if the level.dat is swapped for another.

It is possible to load older versions of Bedrock with the Bedrock MC Version Launcher for conversion purposes. Levels exported from older versions of Minecraft can be successfully exported and loaded into Education Edition. No Marketplace purchases could be exported in this manner, however. Bedrock version is mostly helpful as a transfer point between versions.

Those on Bedrock Edition Marketplace are non-exportable but might be good for inspiration.

There are many free Education maps on the Marketplace. 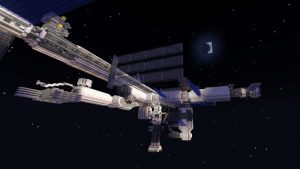 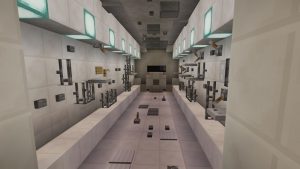 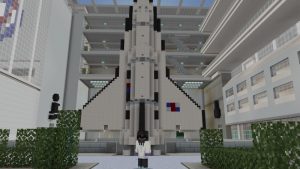 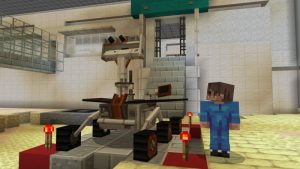