If you would like to voice your opinion about the tax legislation to your senators, either call during lunch break or stop by our CARD info booth for more information. 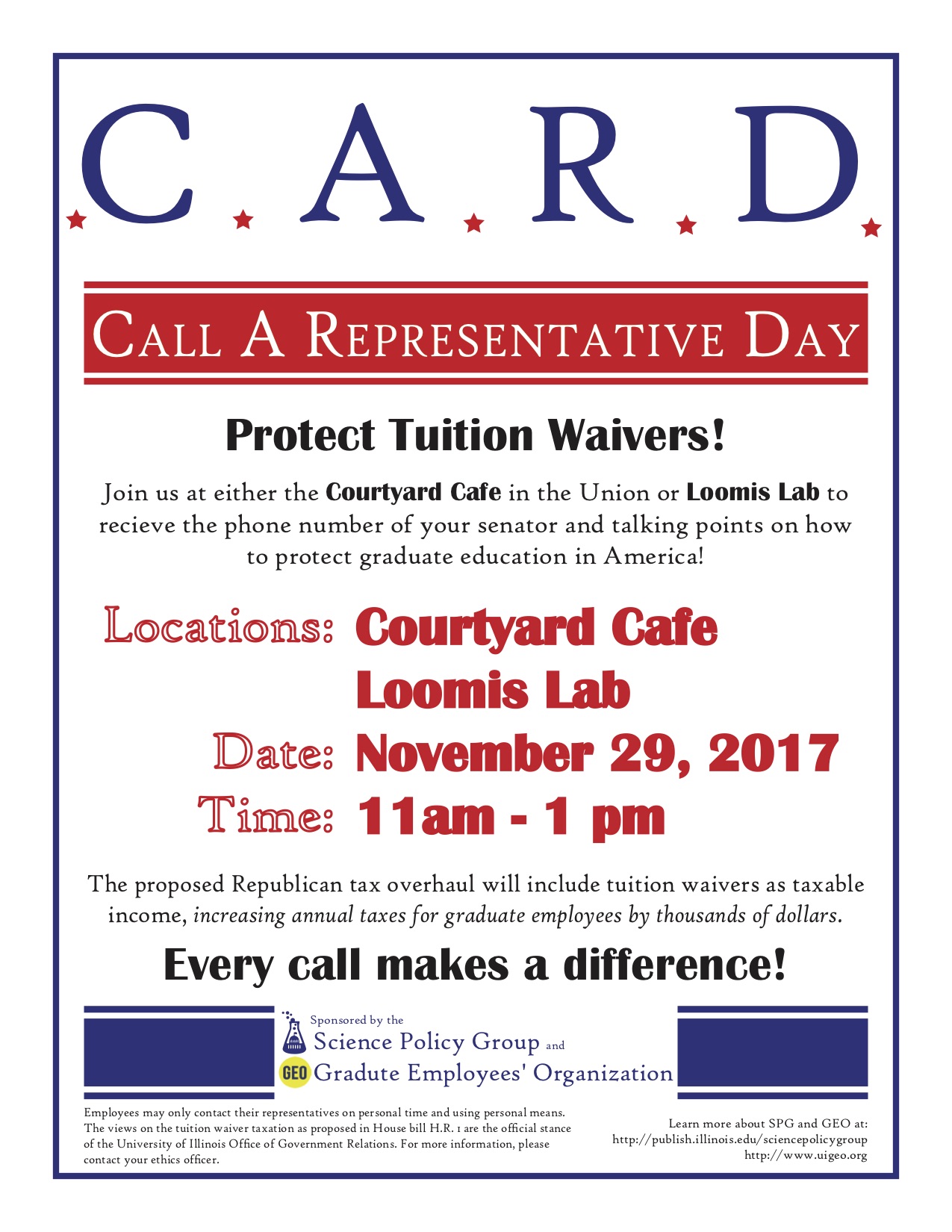 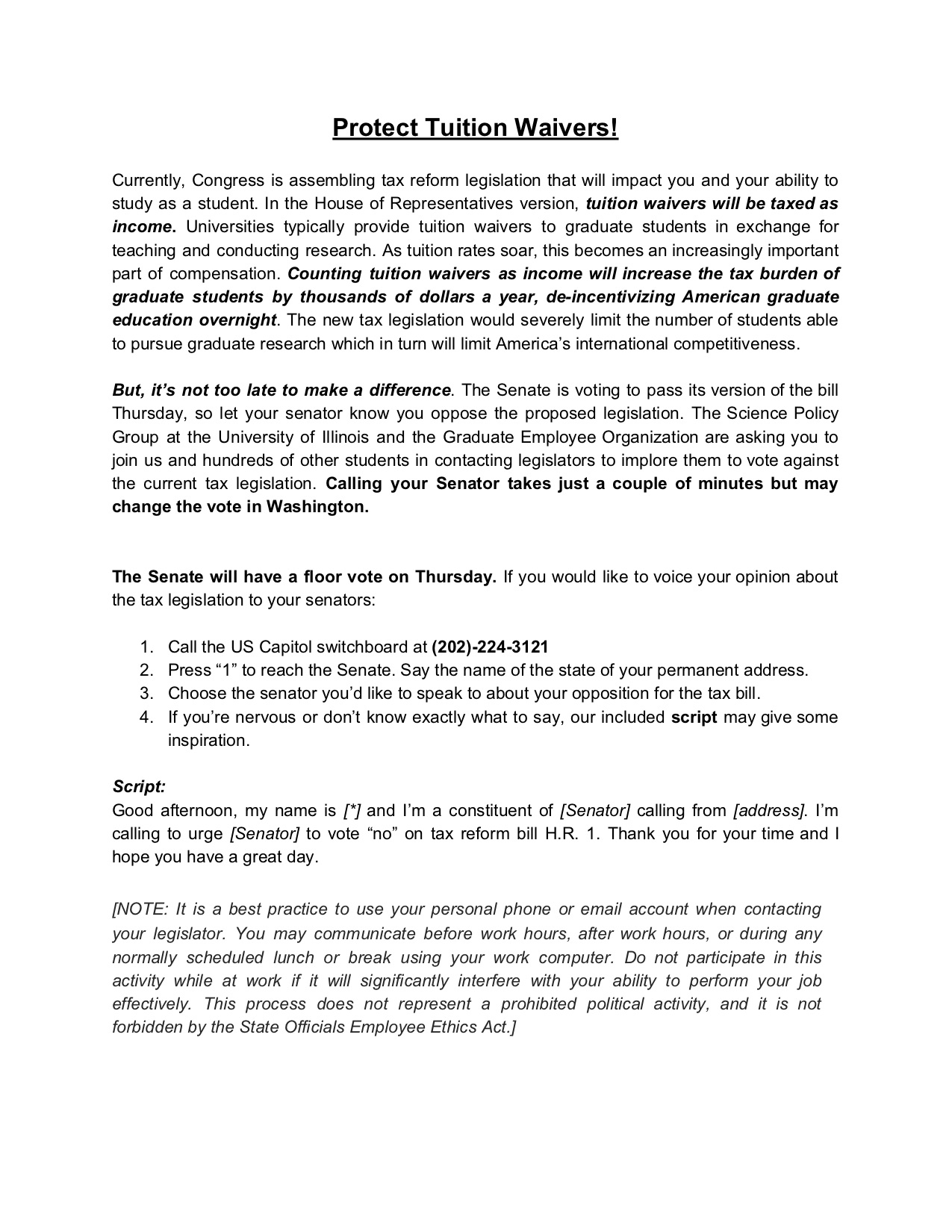