An ultra-long-wavelength radio telescope on the far-side of the Moon has tremendous advantages compared to Earth-based and Earth-orbiting telescopes, including: (i) Such a telescope can observe the universe at wavelengths greater than 10m (i.e., frequencies below 30MHz), which are reflected by the Earth’s ionosphere and are hitherto largely unexplored by humans, and (ii) the Moon acts as a physical shield that isolates the lunar-surface telescope from radio interferences/noises from Earth-based sources, ionosphere, Earth-orbiting satellites, and Sun’s radio-noise during the lunar night. We propose to deploy a 1km-diameter wire-mesh using wallclimbing DuAxel robots in a 3-5km-diameter lunar crater on the far-side, with suitable depth-to-diameter ratio, to form a sphericalcap reflector. This Lunar Crater Radio Telescope (LCRT), with 1km diameter, will be the largest filled-aperture radio telescope in the Solar System! LCRT could enable tremendous scientific discoveries in the field of cosmology by observing the early universe in the 10– 50m wavelength band (i.e., 6–30MHz frequency band), which has not been explored by humans till-date. 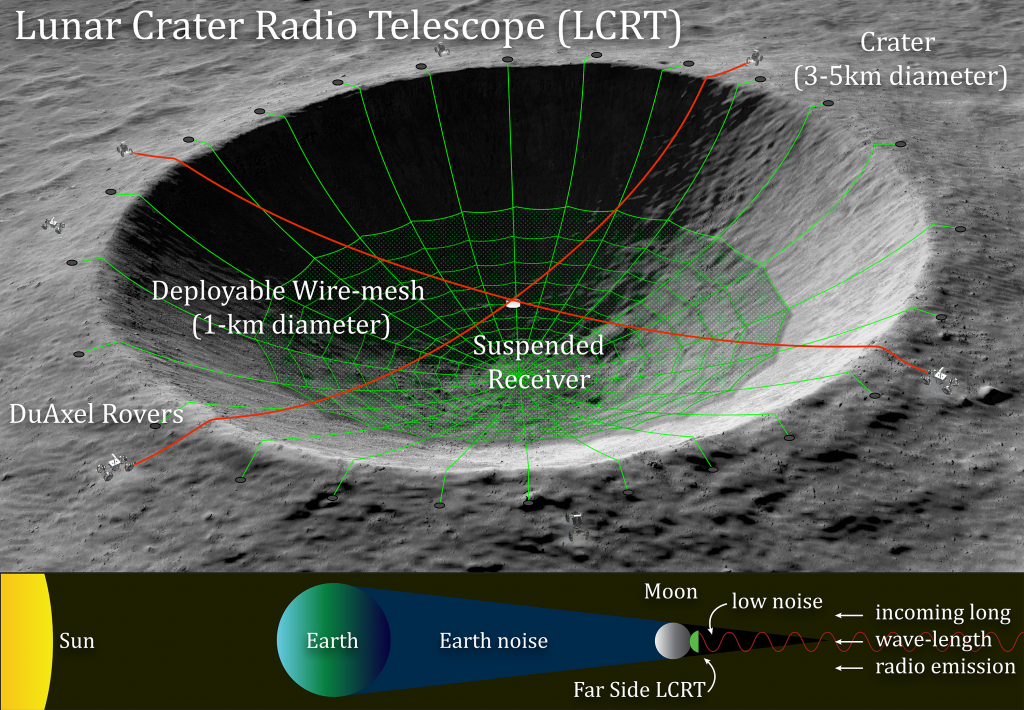 Notional view of LCRT on the far-side of the Moon 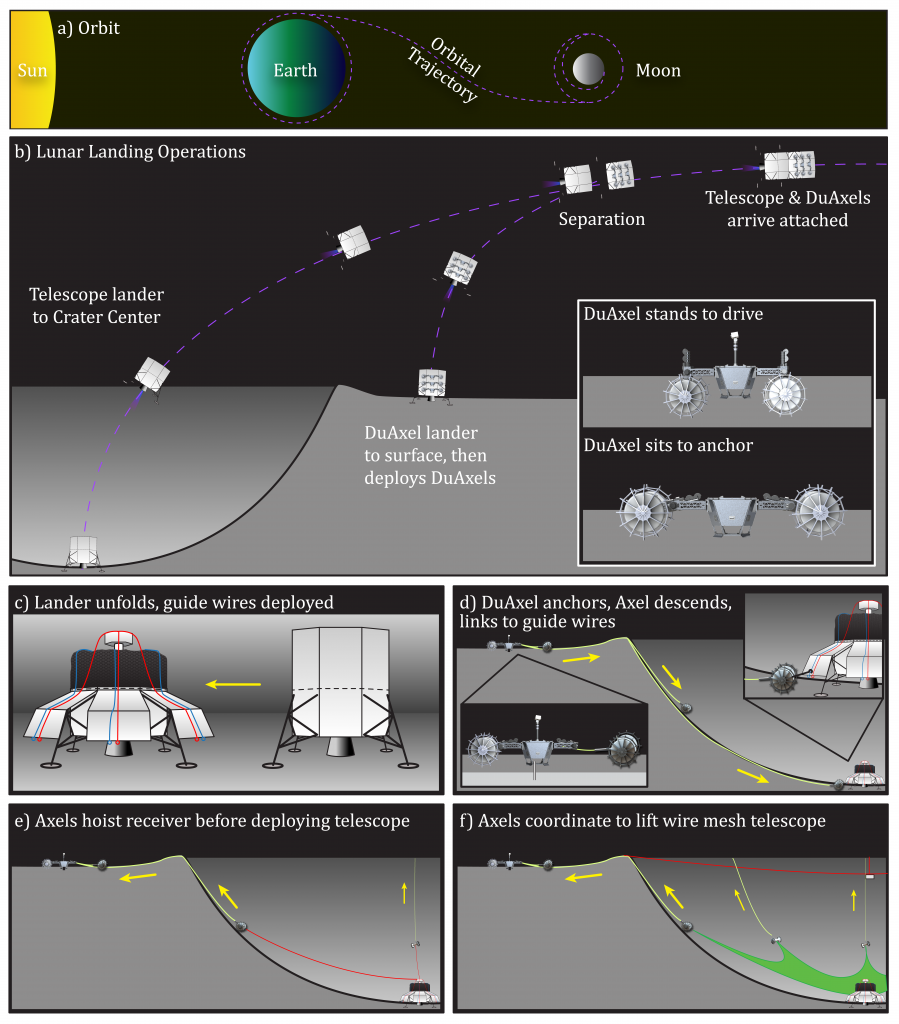 Concept of operations for building LCRT

LCRT is on the front cover of the Jan 2021 issue of the prestigious journal Philosophical Transactions of the Royal Society A, which is a special issue on “Astronomy from the Moon: the next decades” 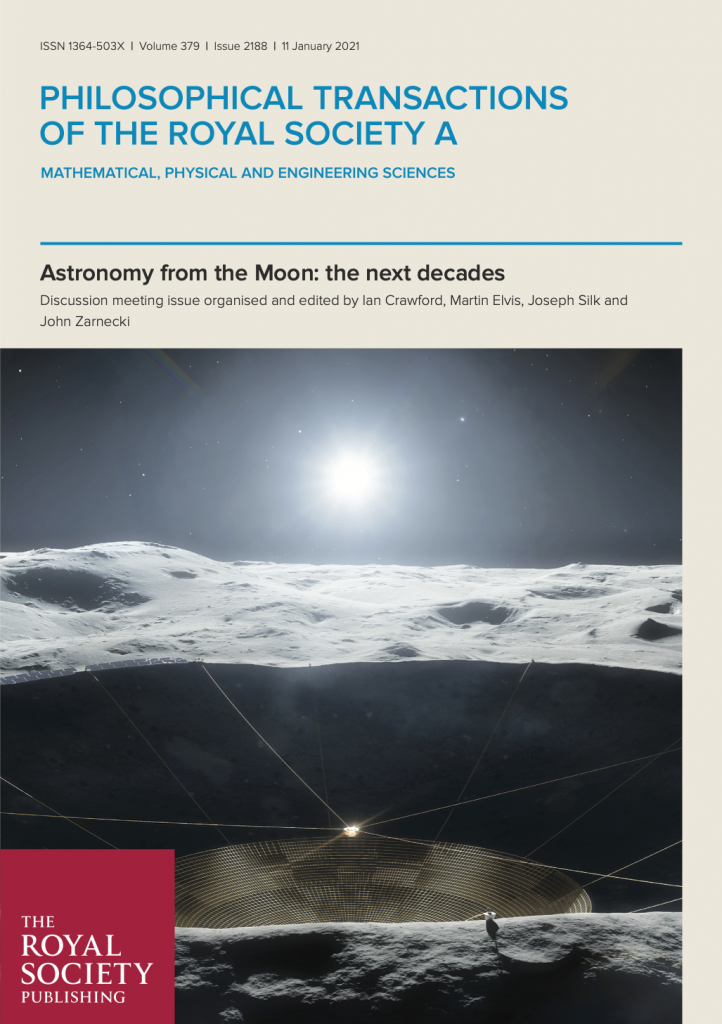 Front Cover, “Astronomy from the Moon: the next decades”, Philosophical Transactions of the Royal Society A

We would like to thank Vladimir Vustyansky for the LCRT Concept Art below. 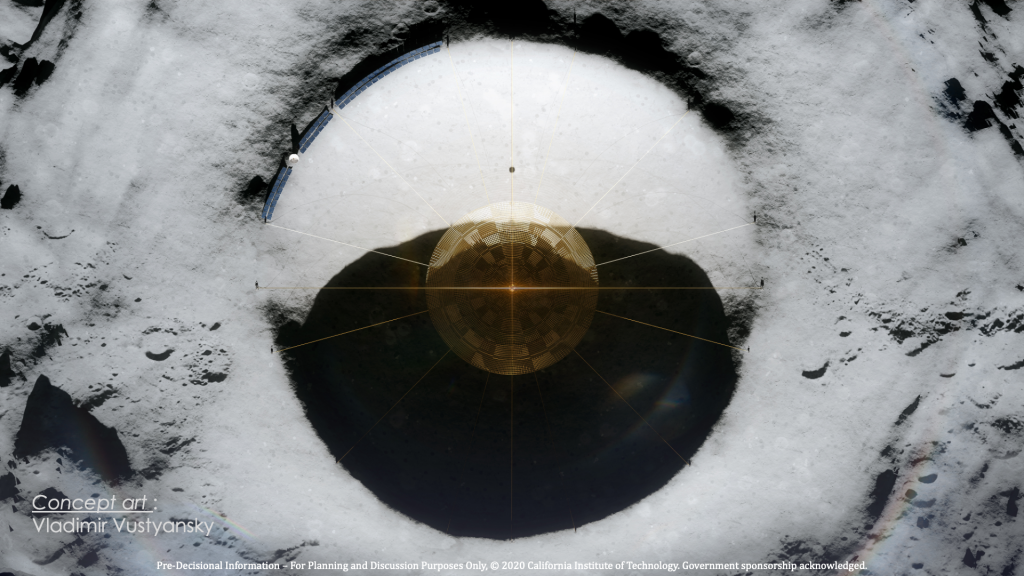 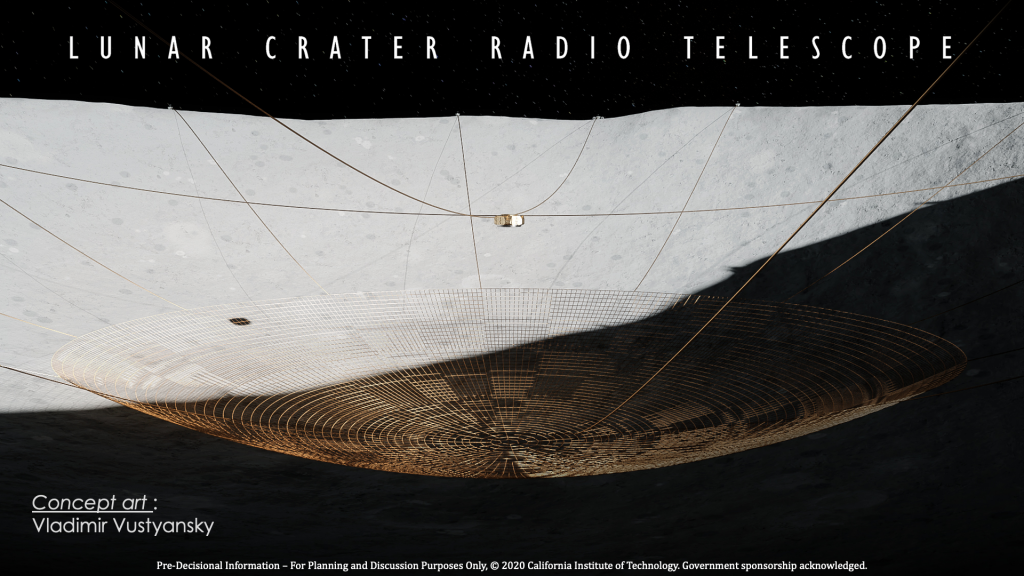 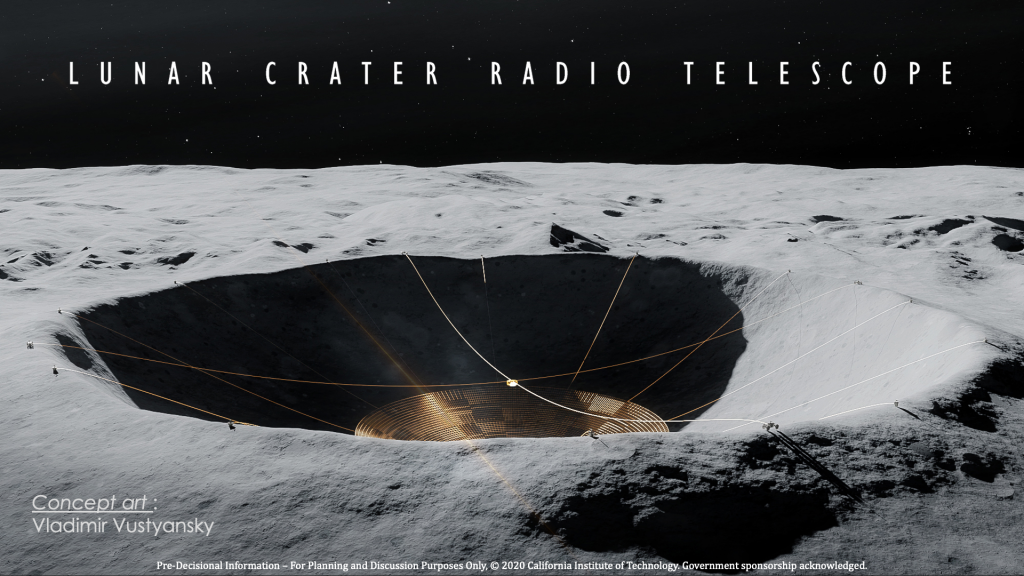 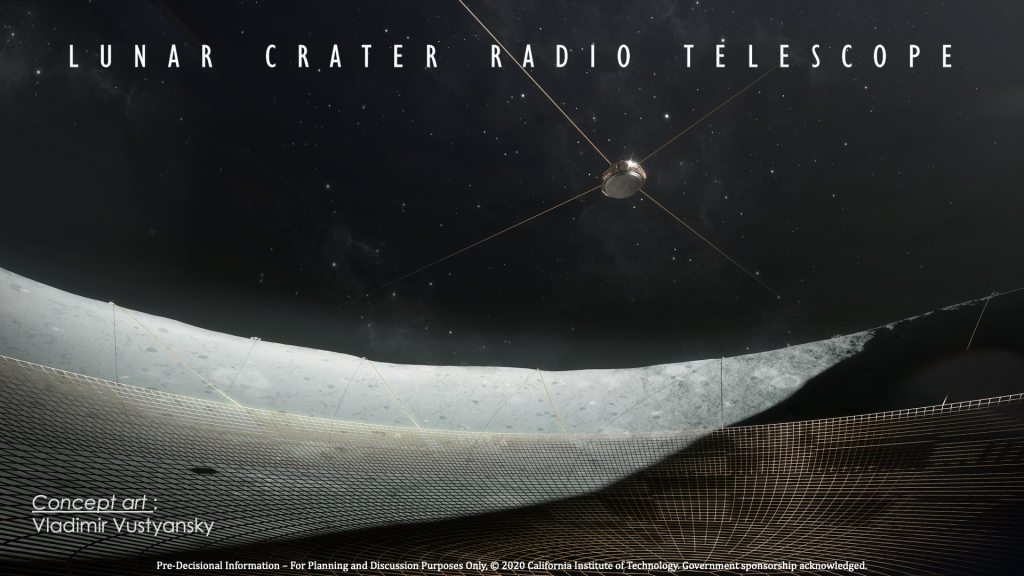 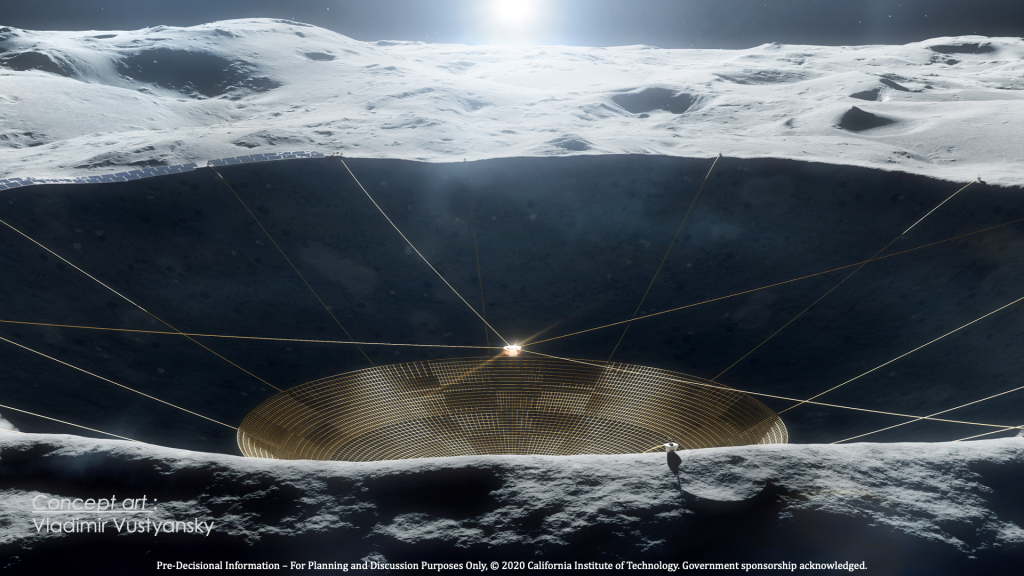 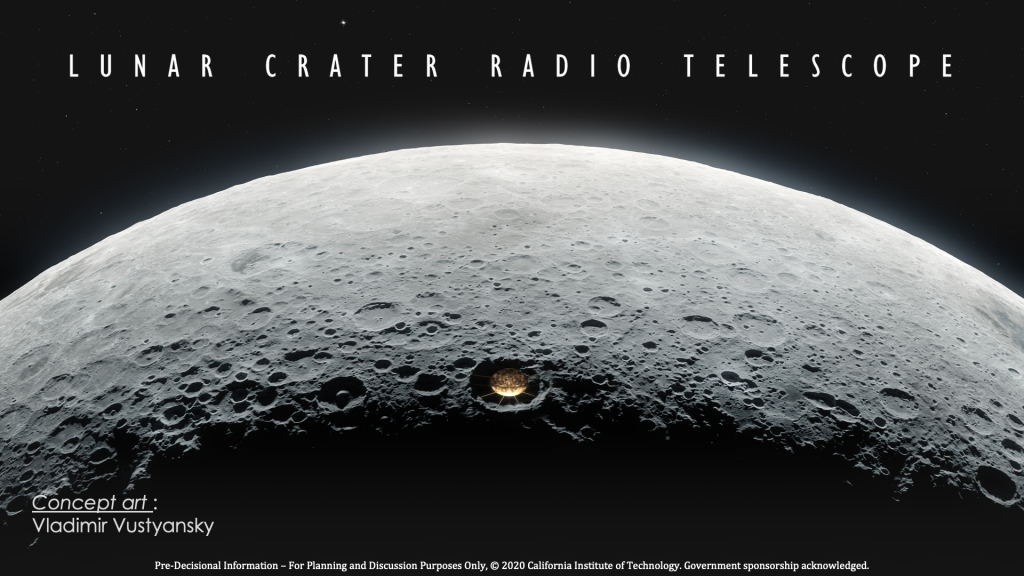 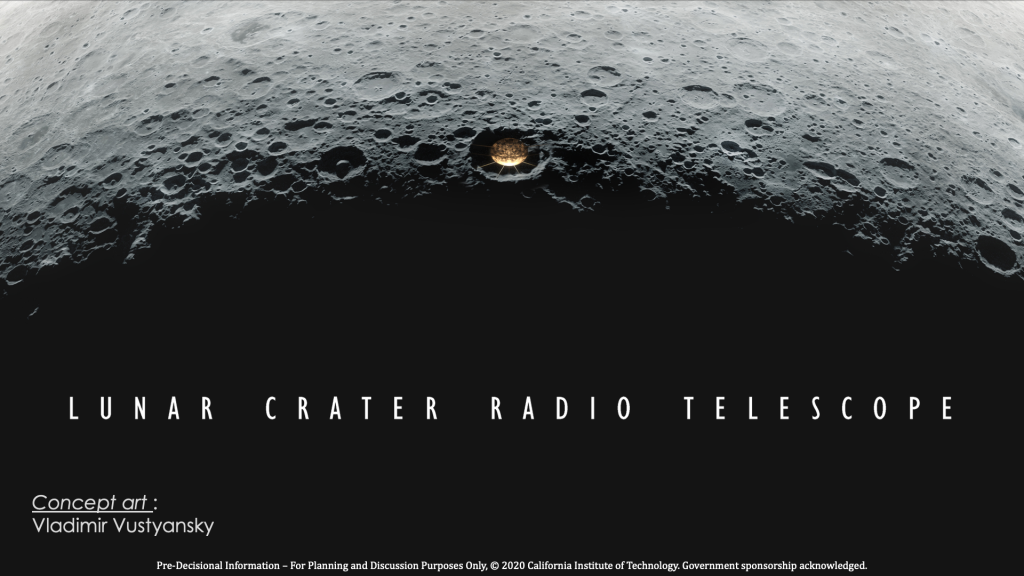 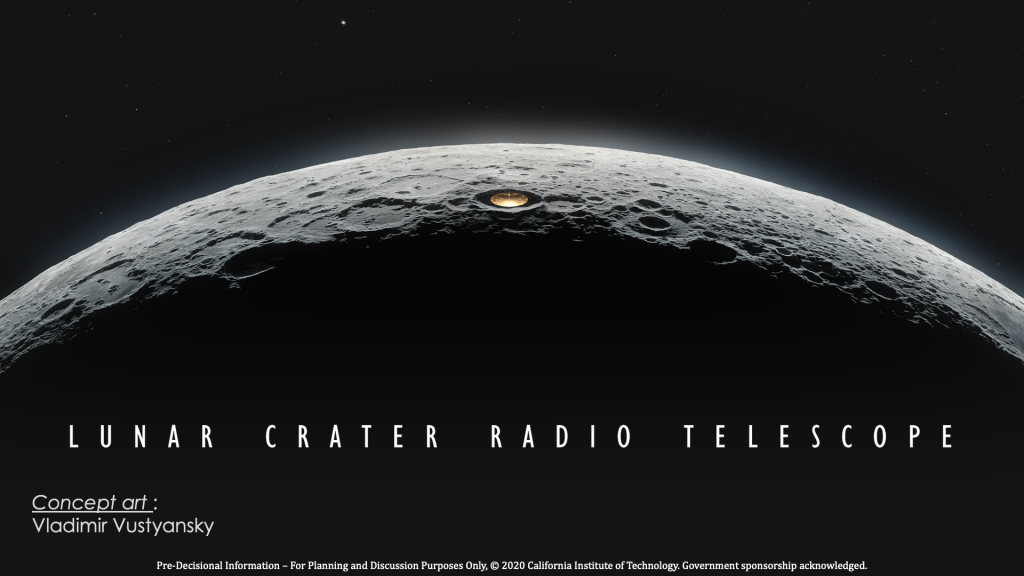 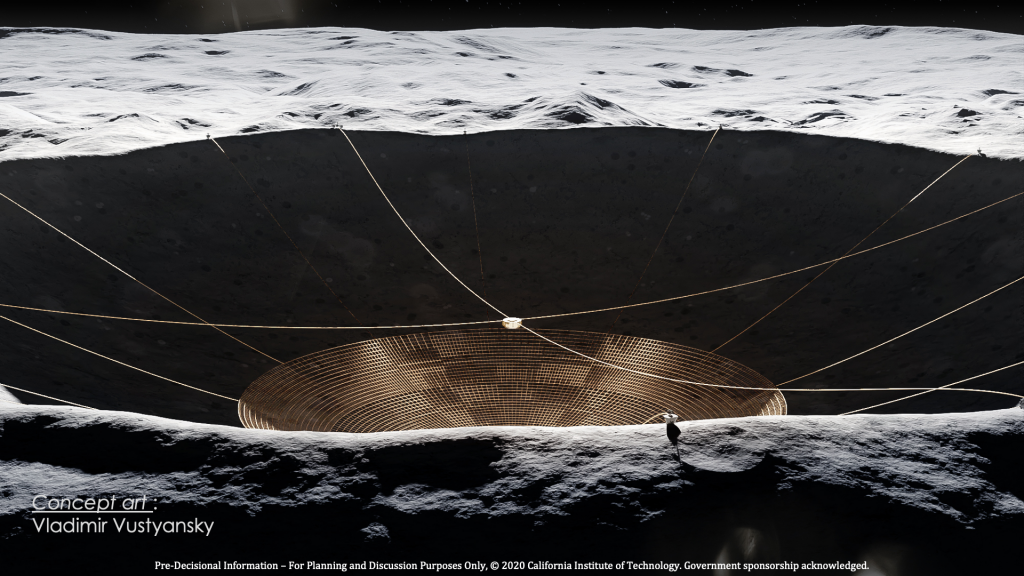 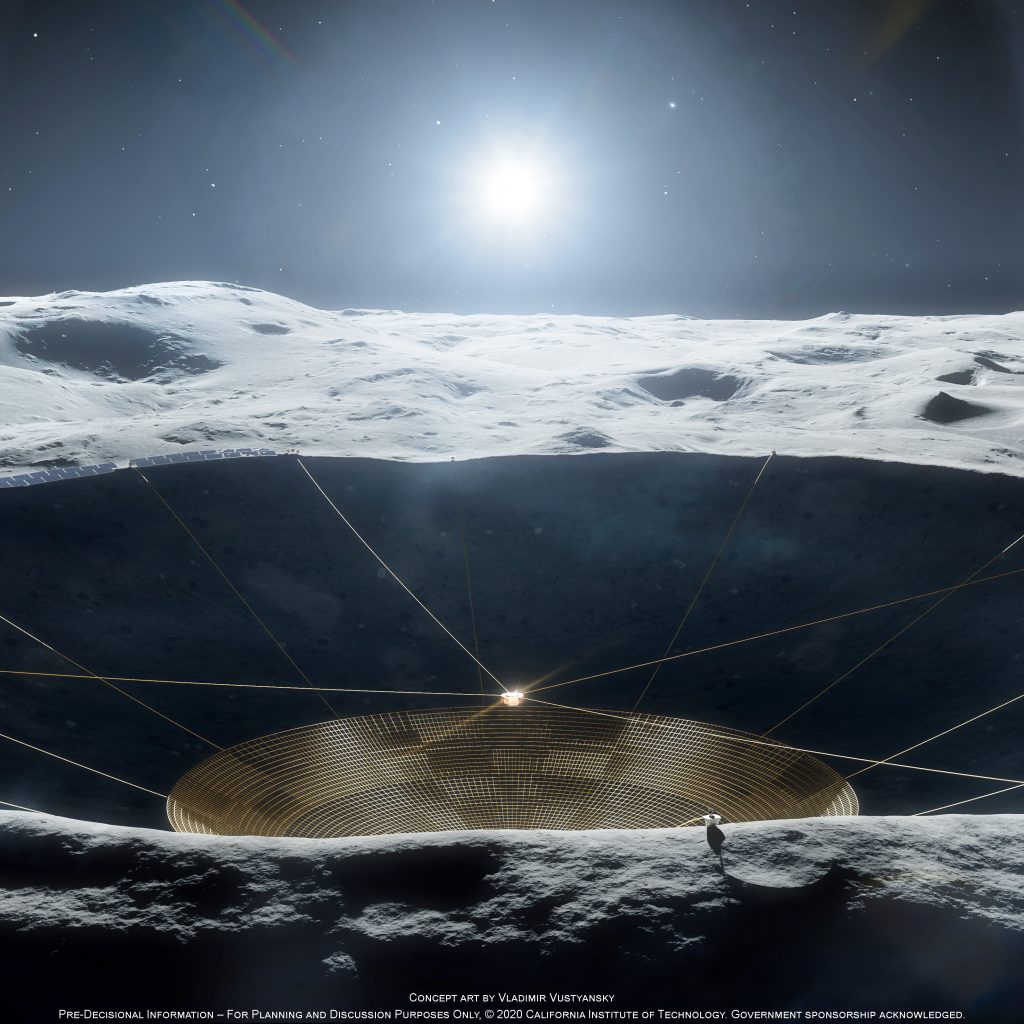 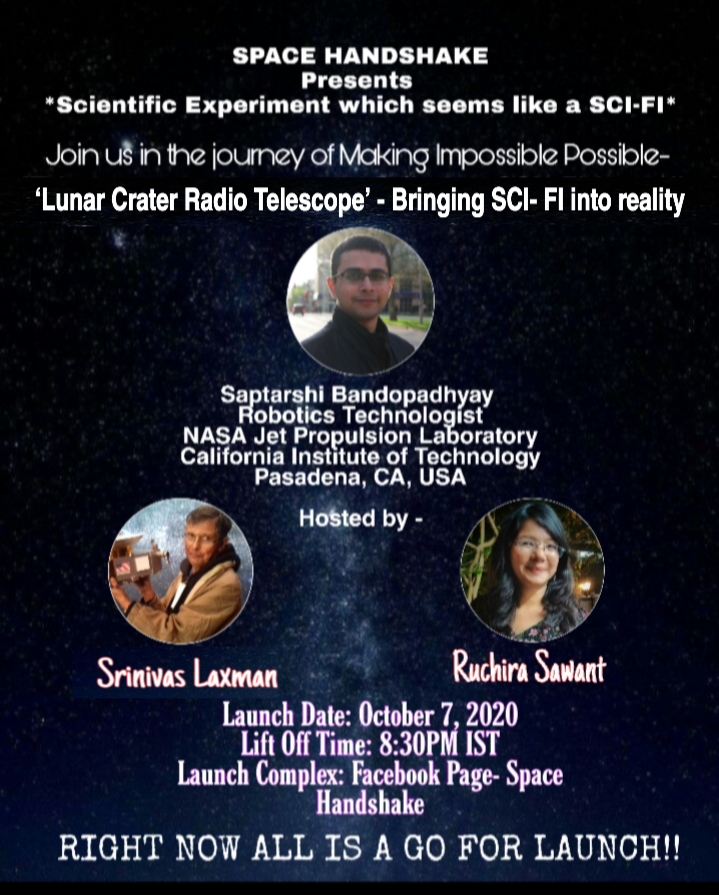 3. Event Horizon Youtube Channel: Can We Put a Radio Telescope on the Far Side of the Moon? With Saptarshi Bandyopadhyay