Robotics Operating System (ROS) is a project came out of Stanford in the early 2007. The idea was to make a simple easy to use software stack that makes it easier for different modules in robots like perception, control, planning to work in-sync with each other.

There are a couple of interesting terminologies associated with ROS which we describe as follows:

Consider for example vehicle_control_example.py, which a part of your MP0 code. In this particular MP, the vehicle_control node takes data from the camera mounted on the car (vehicle_id\image_raw), does some simple image processing, and comes up with control commands for the car (throttle, brake and steering).  These values are published on the actuation topic (vehicle_id/actuation/cmd), which in turn is used by the right-hook software to run the simulation. 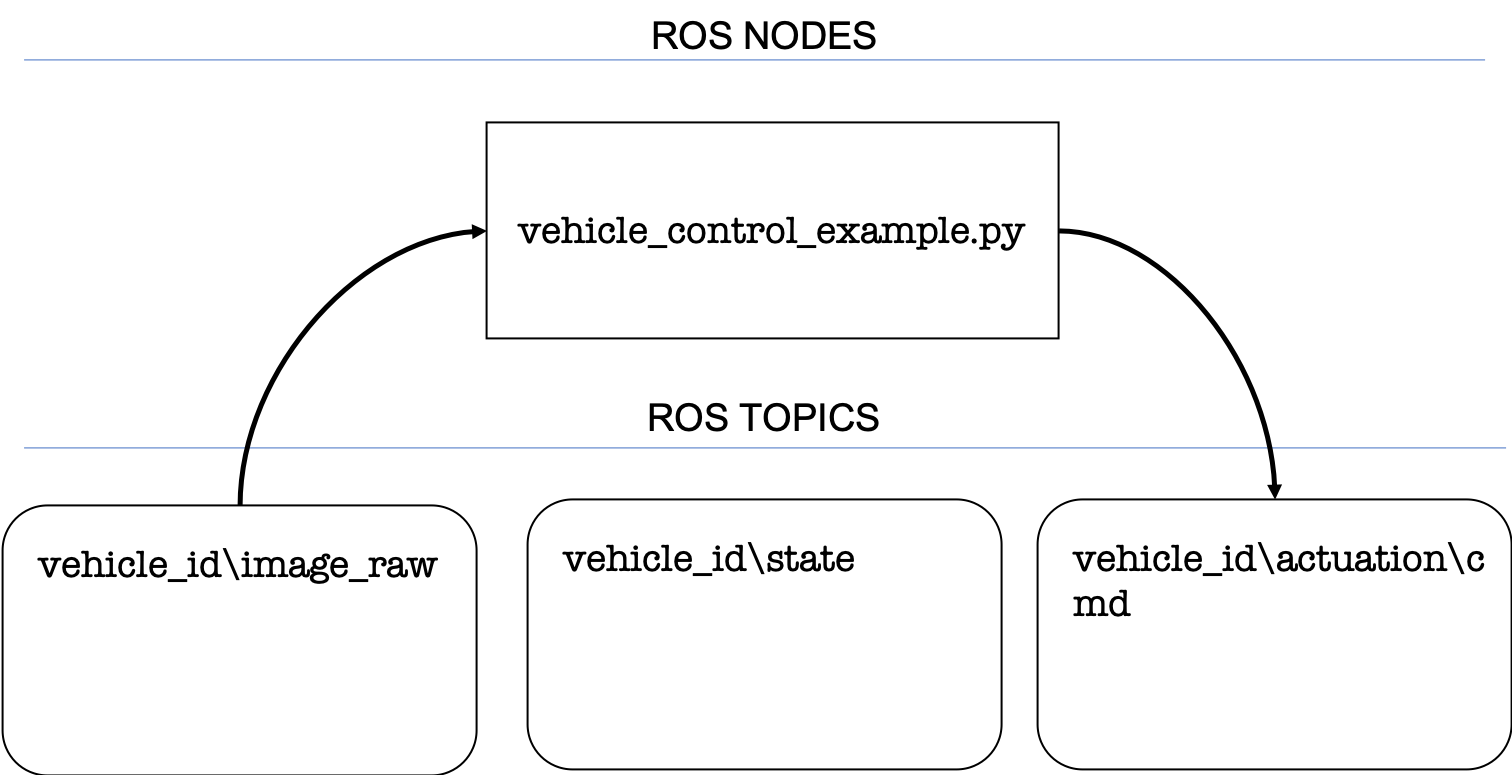 To understand this piece of code. let us go by this line by line.

These are the service-control requests that are required to run right-hook simulation. We shouldn’t worry about it now.

This line of code essentially initialises this piece of code as a ros node with the name, vehicle_controller. Note that, anonymous=True option ensures this node name is unique and does not face any conflict issues

This line essentially initialises the topic, /vehicle_ZDQ4cW5k/actuation/cmd as a publisher. The data structure of the message expected by this publisher is given by VehicleActuation. queue_size=0 This is the size of the outgoing message queue used for publishing.

Line essentially subsrcibes to the data recieved on /vehicle_ZDQ4cW5k/camera/image_raw topic. the next argument in this function tells us the message type of this topic (Image message) and the third argument associated is the call-back function, which does the processing of this image as soon as data is available in this topic. In this particular example, stop_sign.callback is the function call and it tells us whether the stop sign has been detected

After the processing performed by the code. This line actually published data to the publisher topic which is used by right-hook backend to run a simulation step.