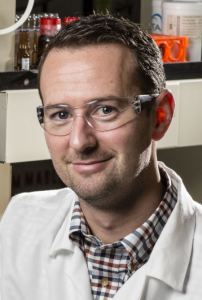 Piyush is studying the underlying fundamental processes in self-stratifying coatings i.e. smart coatings with the aim of developing novel and advanced functional materials based on this approach. He is also interested in developing advanced experimental techniques and theoretical frameworks for nonlinear shear rheology, aimed at developing structure-property-processing relationships for a wide variety of materials.

Yul Hui has just joined the group, and will be working on structure-property-processing relationships of graphene-oxide suspensions.

Bottlebrush polymers are a set of novel materials characterized by densely packed polymer sidechains connected to a single backbone, resulting in a in a semi-stiff cylindrical macromolecule. These materials exhibit a range of physical properties depending on the processing conditions, thus making them interesting from a 3D printing perspective. My research seeks to characterize the viscoelastic properties of bottlebrush polymers with varying geometries and compositions through transient and out-of-equilibrium rheological techniques.  Various scattering techniques are used to identify the physical structure of these polymers while under conditions stresses similar to those experienced during 3D printing.

Both rheology and chemistry play a critical role in the effectiveness of consumer products such as food or cosmetics. Traditional rheological metrics tend to focus on the steady state behavior of these materials while human perception operates on instantaneous to short responses. As a result, there is a disconnect between what rheologists measure and what people say they feel. The goal of my work is to develop new methods and metrics that better align with what people actually perceive (i.e., psychorheology). This will allow us to tailor a polymer’s rheology to increase consumer enjoyment. Since polymer rheology and chemistry are coupled, my work includes development of ways to tailor rheology though controlled synthetic techniques (e.g., control of molecular weight distribution).

Materials that show yielding behavior are used in many applications such as 3-D printing, petroleum and chemical processing, cosmetics, and food processing. Their crucial design feature is the capability to show a range of behaviors such as solid-like when left alone and fluid-like under high loading conditions. Despite its rampant use for various applications, little is known about the yielding dynamics at microscopic and mesoscopic levels, experimentally and theoretically. My research aims to resolve this by combining theoretical and experimental techniques that are based on recovery rheology. The current focus is on developing a 3-D model that captures these materials’ transient and steady-state behavior during a range of commonly-observed rheological protocols.

My research revolves around furthering the our understanding of yielding fluids. A yielding fluid is typically a soft material which transitions from solid-like behavior to liquid-like behavior above a specific stress or strain threshold. Yielding fluids are ubiquitous in our lives, from cosmetics, to food, as well as industrial processes. Yielding behavior can be seen in things such as avalanches and mud-slides as well. I am developing new testing protocols to probe the recoverable and unrecoverable nature of yielding fluids, as well as working with others in the group to further our understanding of constitutive models for yielding materials.

Nanoparticle filling yields improved performance and mechanical properties of rubber. However, the addition of fillers also gives rise to the Payne effect. The Payne effect relates a specific feature of the stress-strain behavior of rubber, specifically rubber-containing fillers such as carbon black. When observing the Payne effect, you find that as you increase the deformation, the stiffness decreases. My research seeks to understand the Payne effect, and the non-linear responses of the filled polymer as you change the filler content.

Eden Li is an undergraduate researcher working with Matt on the characterization of bottlebrush polymers.

John spent some of his sabbatical in our lab in the summer of 2017, visiting from the the Department of Physics and Astronomy at Western University in London, Ontario, Canada. John is an expert in yield stress fluids, and the physics of fluids in general. His research is mostly in the area of experimental condensed matter physics, and centers on soft materials, the physics of biological systems, and the dynamics of systems driven out of equilibrium.

A yielding fluid is a type of soft material which exhibits a transition between solid-like elastic extension and liquid-like flow at a specific stress. Examples of yield stress fluids include toothpaste, shaving cream, mayonnaise, and drilling fluids, to name just a few. Despite their ubiquity, a standardized method for characterizing their yielding behavior has not been defined. In order to resolve this, we are designing novel time-resolved rheometric methods for probing the yielding transition. This research combines analysis, theory, and experiment to achieve new solutions to an old problem.

Jiho’s doctoral research was on thixotropic suspensions and performing novel experiments that map the stresses and strains during deformation. Jiho worked on unifying metrics used to understand oscillatory shearing, and developed protocols for how best to obtain consistent data from time-dependent materials. Jiho is an award-winning rheologist, having won a poster prize at the Society of Rheology’s 90th Annual Meeting, held in Houston in 2018. Jiho is now working at the Korea Institute of Science and Technology.

Johnny’s doctoral research focused on polymer rheology and self-assembly. He developed new experimental protocols using rheometry to search for polymer topology-rheology relationships that act as more precise tests of proposed theories. Beyond bulk rheology, small angle scattering (SALS and SANS) techniques are also used to relate rheological results to the microstructure of these polymeric materials. Johnny was awarded the Neutron Scattering Society of America’s Outstanding Student Research prize in 2020. Johnny is now working in the rheology group at Corteva.

JD was an integral part of the group from August of 2016 until February of 2019. JD was the group’s first post-doc, and is now an Assistant Professor in the Department of Chemical and Biological Engineering at Sookmyung Women’s University in his native South Korea.

Mikah Favis was an undergraduate researcher who worked with Matt on understanding concentrated suspensions of bottlebrush di-block copolymers in 2019 – 2020.

Victoria Wisniewski was an undergraduate researcher who worked with Gavin on developing methods for expanding frequency sweep information via chirp rheology, and using strain-shift measurements to better understand yielding from 2017 – 2020.

Shiv Patel was an undergraduate researcher who worked with Jiho on making transient measurements on thixotropic suspensions in 2018 – 2019.

Taha Mohamed was an undergraduate researcher who worked with JD on colloidal glasses in 2018.

Emmanuel Akanbi was an undergraduate researcher in the lab from 2016 – 2018 and worked on stress jumps in thixotropic colloidal suspensions.

Dawna Peterson was an undergraduate researcher in the lab from 2016 – 2018 and worked on colloidal gels taken out of equilibrium via large amplitude oscillatory shearing.

Ugonna Oduocha was an undergraduate researcher in the lab from 2016 – 2018 who submitted his senior thesis on experimental and population balance modelling of colloidal gels under LAOS.

Yasmin Abumaye was an undergraduate researcher in the lab in 2017.

Aza Walker was an undergraduate researcher in the lab in 2016.