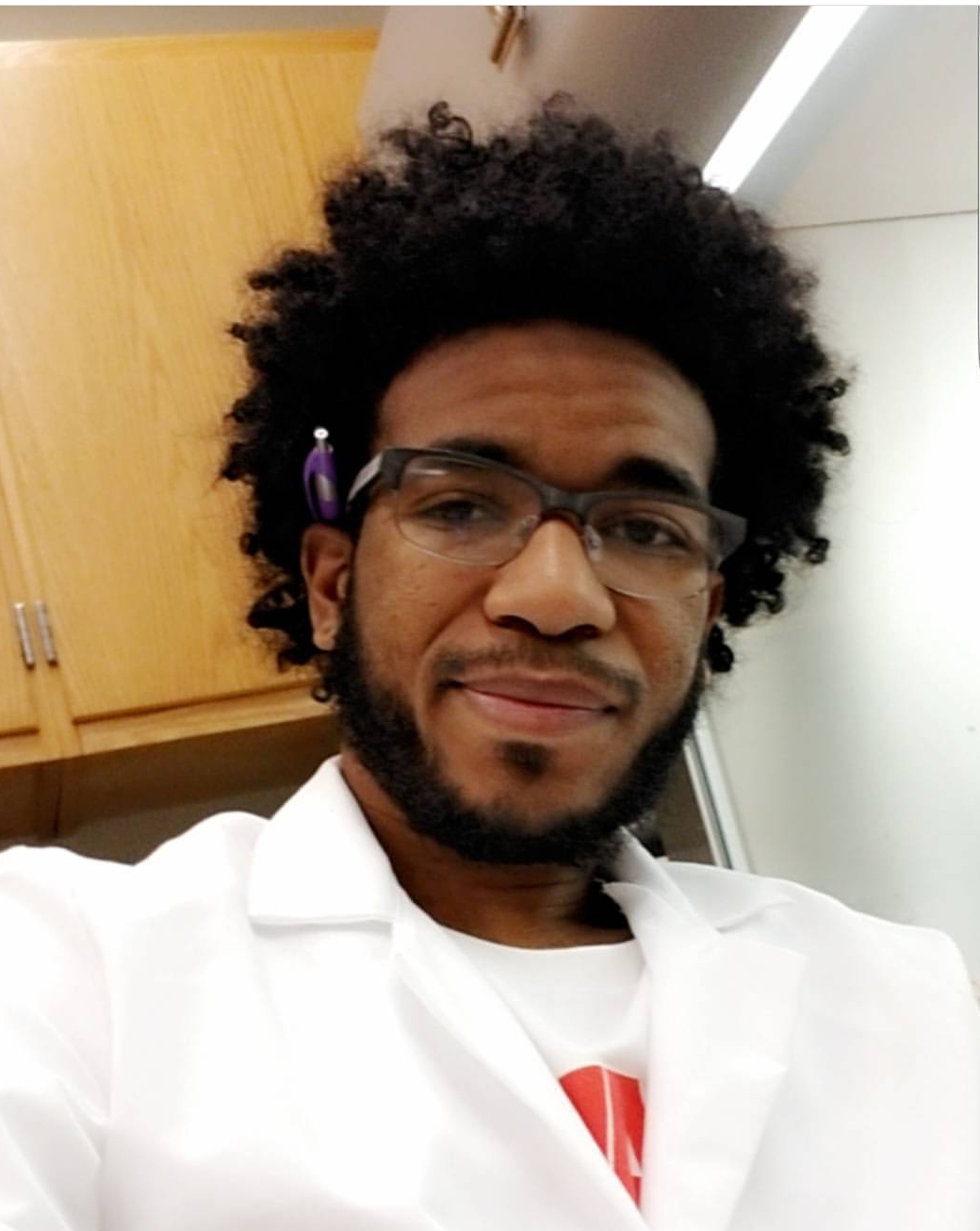 Biographical Information: Kadeem was born in Ohio but was raised in Detroit, MI. He has been intrigued by animals since four years of age. He became interested in animal science research after taking part in study observing the effect androgens in pubertal male rats. While pursuing his Masters he primarily focused parasitic and viral infections in animals. He took the opportunity to attend the University of Illinois to study the effects of environmental toxins and viral infection on the reproduction tract. In the future Kadeem plans to continue conducting research with parasites and viruses for the government or start his own business. Fun Fact: Kadeem does a lot of art work.