I was struck by the difference between responding to the work and bringing my own agenda to the work.  This process really makes you confront “operations” as usual!   I asked the students to mark a few run throughs so that I could understand the spacial patterns.  This was an attempt to absorb the material on a level other than the “energetic” and also to give the performers the chance to relax into the experience of  listening to each other-cognizant of the fact that repetition is really their only rehearsal opportunity right now!.

Allison had a very interesting comp in my Creative Process One class which I incorporated (in the heels)-example of agenda!  Her “chorus” of dancers behind her used that material with splices of Cynthia’s material inside it.  I also used some of Kirstie’s partnering material although sans partners…and asked them to punctuate the movement with phrasing more similar to Cynthia’s.  These were attempts at finding a kind of nostalgia for moments of earlier material-remnants showing up in the context of a more “performative” self conscious section.   This all ultimately led to a performance of “learning” between Brendon and Charles.  I see how it is hard for me to escape my fascination with performing “performance”.

During my two days with the group I was thinking “disjointed.” I imagined movement that was enacted in segments without then with measures of flow. We improvised a lot at the start, as I would guide this fabulous group, then we began setting material. And moving folks through and eventually out of the space. 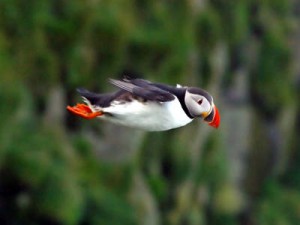 I had two rehearsals with the cast this week.

They are a fabulous bunch of young people and I was touched by their willingness to give themselves to this process. They worked very hard and have a strong sense of family already that made my job pleasant. We had a good time together.

I watched them fly by, their flight path so dense, and yet none of them colliding or even seeming to adjust their routes to avoid each other, living at busy cross-purposes but convivially. I thought of each towing a thread behind it and the waft they would make with their looming.

stepping on to tip toeing forward in helpless teeter

slow descent back to earth

3 groups moving in a spiral – chaos and sound

Having just two rehearsals was in some way frustrating because of so little time. In another way it worked well to have to produce something in this tight time frame, and to be forced to leave it in a raw state.

I like the rawness and feel we should keep it as an essential quality in the event. So saying I would like to come back to my section if it still exist further along the process and work some specificity into parts of it.

This first 10 minutes of material (combination of Cynthia Oliver’s and my own) has a sense of being textural, and I could see how the movement / projections / lighting / sound could overlap and work to produce something that is multilayered, without the need to make it into a finished piece or product. Rather leaving it as a sampling of material, texture, movement, color, projection, rhythm, sound, space and breath.

Note: We should keep an eye on the energy level of the dancers as they are unused to sustaining pieces of 50 – 60 mins in length (max 20 is the norm in concerts). 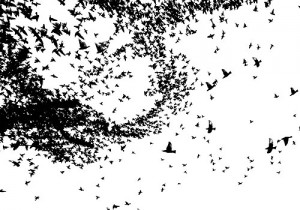 These movies are housed in the Box folder.

That’s because the files are too big to be directly posted to the WordPress blog. 🙁

You’ll need to be added as a collaborator in Box, so there will be a brief pause while the admin collects that data. (Me or JT!)

hi there, philip and I have switched times and Kirstie and Sara have as well. Just trying this out.
Thanks for setting it up JT?

Here are the Choreographer/Composer pairings for Nov Dance:

A record of, and a tool for, creating “Big Tiny Little Dance” for the UIUC Dept. of Dance November Dance concert.