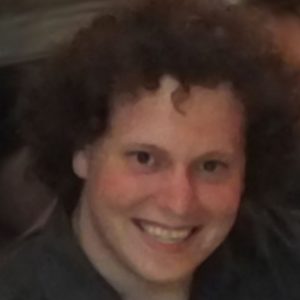 Bio: Louis Vaught is a MSc student in the Civil Engineering department of the University of Illinois at Urbana Champaign. He received his B.S. in 2015 from Rose-Hulman Institute of Technology in Civil Engineering & Computational Science. In his undergraduate career, he became involved in the preliminary development and testing of a Topology Optimization research code for the U.S. National Labs. Through this experience, he has formed a long-term interest in advancing the maturity of these methods, so that they may be more easily applied to a wider variety of problems.

Description: Current research is on using topology optimization to develop materials which have resilient qualities. More specifically, the research seeks to optimize materials for desirable characteristics during failure, or within the region of nonlinear response. In the process of developing this research, the optimization procedure was observed to be sensitive to both the shape of the design domain and how the domain was discretized.

This behavior impeded further study of optimization for resilience, and so the present focus is on mitigating this mesh- and boundary-dependency. A consistent framework for analyzing the effects of discretization has been developed by borrowing scale-space theory from image processing. The implications of this new framework are currently under study. 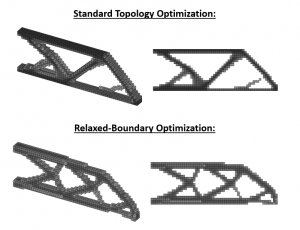