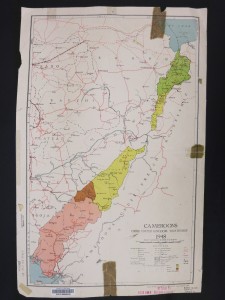 Last week, this map, created by the Nigerian Survey Department in 1949, sparked the questions “Where is this?” and “What’s going on?” We discovered it the drawer of maps of Nigeria as we worked through to shift part of the collection.

Beginning in the early 1880’s, Germany held as a protectorate an area called Kamerun. It was larger than current Cameroon, including parts of Gabon, Congo, Central African Republic, Chad, and Nigeria. 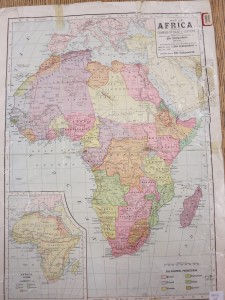 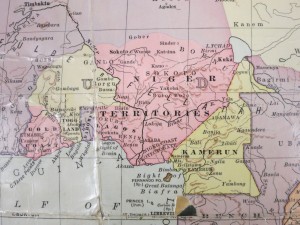 During the First World War, Kamerun was occupied by British, French, and Belgian troops. The area was divided by the League of Nations into two mandated territories, British Cameroons (Northern and Southern) and French Cameroun in 1922. 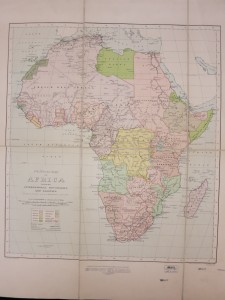 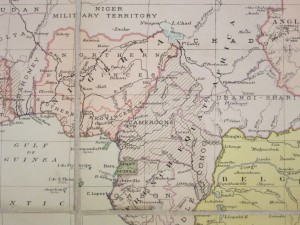 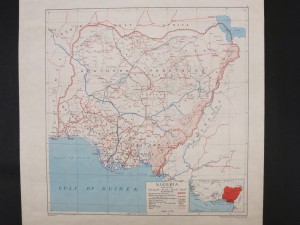 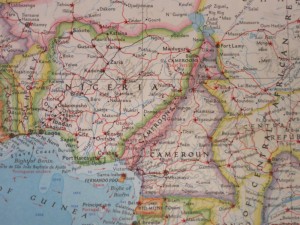 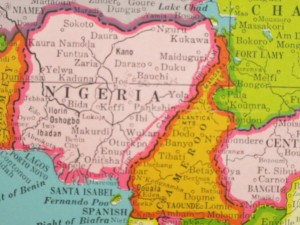 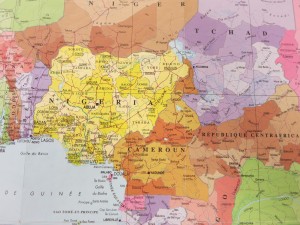