Earlier this week, on March 1, Yellowstone National Park turned 144 years old. It was created in 1872 through an Act of Congress titled “An Act to set apart a certain tract of land lying near the headwaters of the Yellowstone River as a public park.” Through the act, the immense tract of land (a rectangle approximately 65 x 55 miles) was “hereby reserved and withdrawn from settlement, occupancy, or sale under the laws of the United States, and dedicated and set apart as a public park or pleasuring-ground for the benefit and enjoyment of the people.” Additional areas were added to the Park in 1929 and 1932.

The creation of Yellowstone National Park paved the way for the nation’s ongoing program of environmental conservation and protection.

Although Yellowstone is 1,400 miles (nearly 22 driving hours!) away from Champaign-Urbana, the Map Library has a number of interesting maps, old and new, of Yellowstone. 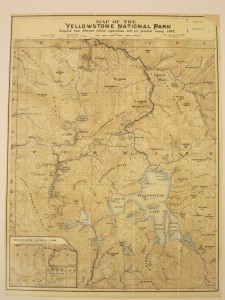 On the back of the map is a letter from “Alice” to her cousin Edith describing her trip from Saint Paul, Minnesota, and the landscape and her impressions of the Park. The letter is illustrated with small color landscape sketches. Alice even includes a postscript asking Edith to tell their friend Emily Cavendish about the best way to travel from San Francisco to Yellowstone! 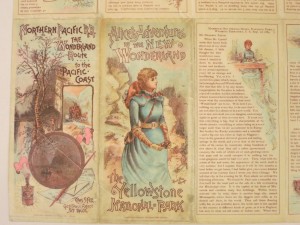 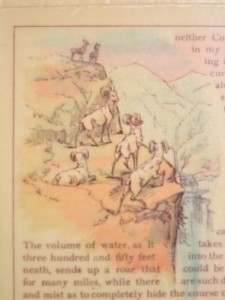 One of our newest publications on Yellowstone National Park is the gorgeous Atlas of Yellowstone published by the University of California Press in 2012. 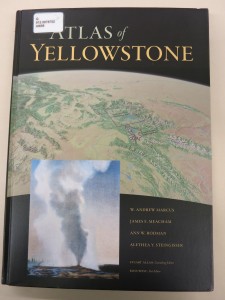 Through page-sized maps and sets of small multiples, the atlas presents the history, and environment of the Park and its surroundings. 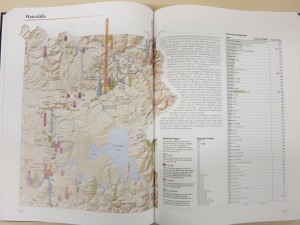 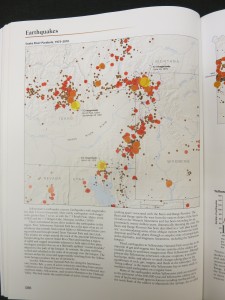 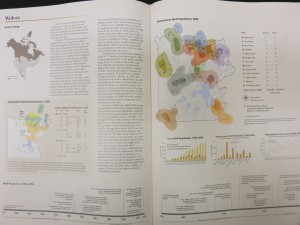 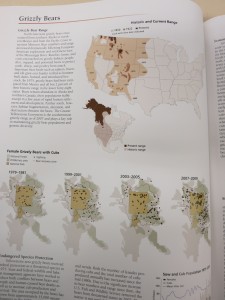 This atlas is always on my list to show classes as an exemplar of clean and effective map design.