“I’ve been taught bloodstones can cure a snakebite / can stop the bleeding—most people forgot this / when the war ended.” So begins the titular work of Postcolonial Love Poem, the latest  collection from award-winning poet Natalie Diaz.

November is Native American Heritage Month, also known as American Indian Heritage Month. To celebrate, we are highlighting a few recently published works by Indigenous authors in our collection. The books linked below are as unique and multifaceted as the cultures they depict. They explore such ideas as reconciliation, dream-sharing, feminine power, resilience, and what it means to create a home. They grapple with trauma, violence, and racism in turn, but they are also touched with a deep sense of hope and love. 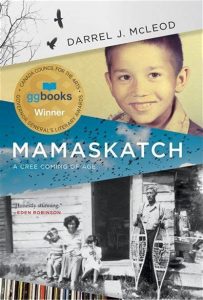 Mamaskatch: A Cree Coming of Age By: Darrel McLeod

As a small boy in remote Alberta, Darrel J. McLeod is immersed in his Cree family’s history, passed down in the stories of his mother, Bertha. There he is surrounded by her tales of joy and horror. And there young Darrel learns to be fiercely proud of his heritage and to listen to the birds that will guide him throughout his life.

But after a series of tragic losses, Bertha turns wild and unstable, and their home life becomes chaotic. Mamaskatch traces McLeod’s struggles to keep his life and family together, and come to terms with his sexual identity, amidst violence and chaos. 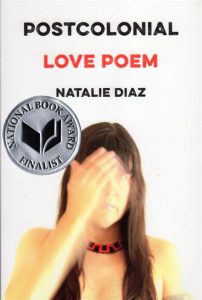 Postcolonial Love Poem is an anthem of desire against erasure. Natalie Diaz’s brilliant second collection demands that every body carried in its pages—bodies of language, land, rivers, suffering brothers, enemies, and lovers—be touched and held as beloveds. Through these poems, the wounds inflicted by America onto an indigenous people are allowed to bloom pleasure and tenderness: “Let me call my anxiety, desire, then. / Let me call it, a garden.” In this new lyrical landscape, the bodies of indigenous, Latinx, black, and brown women are simultaneously the body politic and the body ecstatic. In claiming this autonomy of desire, language is pushed to its dark edges, the astonishing dunefields and forests where pleasure and love are both grief and joy, violence and sensuality. 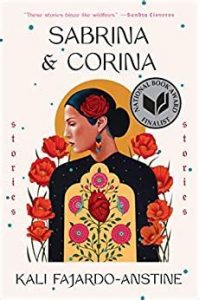 Kali Fajardo-Anstine’s magnetic story collection breathes life into her Latina characters of indigenous ancestry and the land they inhabit in the American West. Against the remarkable backdrop of Denver, Colorado—a place that is as fierce as it is exquisite—these women navigate the land the way they navigate their lives: with caution, grace, and quiet force.

In “Sugar Babies,” ancestry and heritage are hidden inside the earth but tend to rise during land disputes. “Any Further West” follows a sex worker and her daughter as they leave their ancestral home in southern Colorado only to find a foreign and hostile land in California. In “Tomi,” a woman leaves prison and finds herself in a gentrified city that is a shadow of the one she remembers from her childhood. And in the title story, “Sabrina & Corina,” a Denver family falls into a cycle of violence against women, coming together only through ritual. 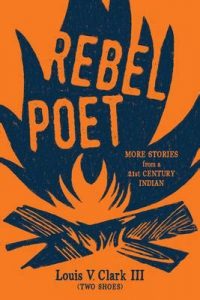 This eagerly anticipated follow-up to the breakout memoir How to Be an Indian in the 21st Century delves more deeply into the themes of family, community, grief, and the struggle to make a place in the world when your very identity is considered suspect. In Rebel Poet: More Stories from a 21st Century Indian, author Louis Clark examines the effects of his mother’s alcoholism and his young sister’s death, offers an intimate recounting of the backlash he faced as an Indian on the job, and celebrates the hard-fought sense of home he and his wife have created. Rebel Poet continues the author’s tradition of seamlessly mixing poetry and prose, and is at turns darker and more nuanced than its predecessor