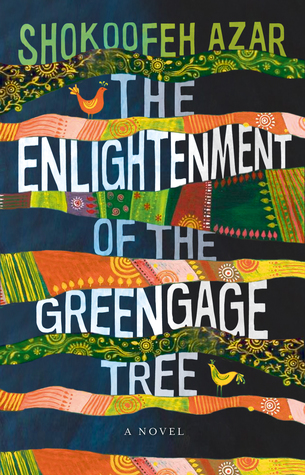 The Enlightenment of the Greengage Tree, by Shokoofeh Azar. Click for catalog link.

The Enlightenment of the Greengage Tree, Shokoofeh Azar, trans. by Anonymous (Farsi)

Set in Iran, The Enlightenment of the Greengage Tree follows a family as they live through the fallout and chaos of the Islamic Revolution. Through magical realism and traditional Persian storytelling, Azar weaves a heartfelt tale of love and sorrow, life and death, and politics and religion. 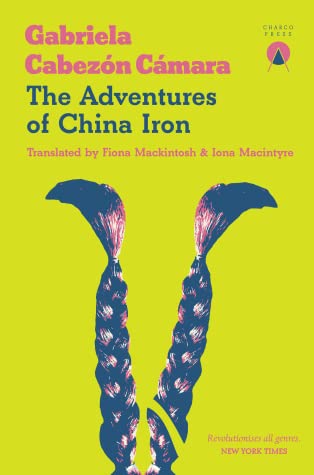 The Adventures of China Iron, by Gabriela Cabezón Cámara. Click for catalog link.

Cámara’s novel follows the journey of Mrs. China Iron as she travels across the Pampas (South American lowlands). Traveling by wagon, she finds a companion in Liz, who exposes her to the injustices of the world as they move through beautiful flora and fauna. Their adventures bring them to new cultures and peoples, languages, and, unfortunately, political strife. This postcolonial novel is a delightful romp through the Argentinian landscape, while also exposing the effects of British Colonial efforts. 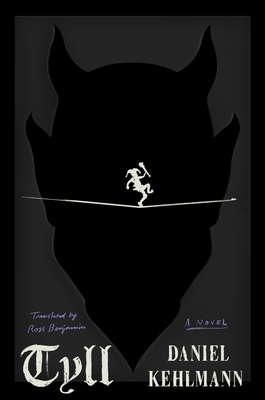 Tyll Ulenspiegel is a traditional German folktale, reimagined by Daniel Kehlmann in Tyll. Kehlmann’s novel follows the trickster as he runs across battlefields, goes on quests for royalty, witch-hunters, and nobility, and exposes the wisdom of fools and folly of kings. Placing the German legend in the context of the Thirty Years’ War, Tyll is humorous-yet-dramatic retelling that will certainly entertain readers.

Hurricane Season begins with the death of a local witch, who had been helping citizens of La Matosa, a rural Mexican village. The novel explores the events leading up to the woman’s death from multiple perspectives. Though it appears to be a typical mystery, the novel is so much more. Instead of wondering who killed the woman, the book focuses on the why. Brutal and beautiful, Hurricane Season is Melchor’s first novel to be translated into English.

The Memory Police, by Yoko Ogawa. Click for catalog link.

Things disappear. People are forgetting. On an unnamed island, a group called the Memory Police make sure that anything that disappears is forgotten. Most islanders don’t remember the objects that disappear, but there remains a select few who live in fear of the Memory Police. Who fear what would happen if it was discovered that they can still remember forgotten things. When a young novelist learns that the Memory Police are after her editor, she hides him in her floorboards, risking both of their lives. Emotional and thought-provoking, The Memory Police is a stunning exploration of a police state.

The Discomfort of Evening, by Marieke Lucas Rijnveld. Click for catalog link.

When Jas, daughter of a devout family, finds herself angry at her brother for leaving to go on a ski trip, she makes a devastating plea to God. When her brother never returns, the family is devastated. While they grieve their loss, Jas descends into darkness, imagining disturbing fantasies that threaten the very core of her family. Raw and moving, Rijneveld’s debut novel is striking and unforgettable.