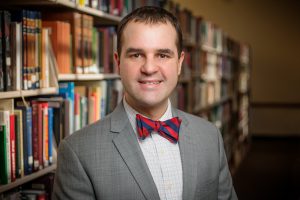 Dr. Sotomayor, along with co-editor Dr. Cesar R. Torres, examines the rich and complex involvement of Latin America and the Caribbean peoples with the Olympic Movement, serving as an effective medium to explore the making of this region. The nine essays investigate the influence, struggles, and contributions of Latin American and Caribbean societies to the Olympic Movement, and vice-versa. By delving into nationalist political movements, post-revolutionary diplomacy, decolonization struggles, gender and disability discourses, and more, they define how the nations of this region have shaped and been shaped by the Olympic Movement.

After receiving his Ph.D. in Latin American and Caribbean History from the University of Chicago in 2012, Sotomayor joined the faculty at the University of Illinois Library late in the fall of that year. He also holds faculty appointments in the Department of Spanish & Portuguese and the Department of Recreation, Sport, and Tourism. Sotomayor’s previous book, The Sovereign Colony: Olympic Sport, National Identity, and International Politics in Puerto Rico, led to several national media interviews, and national and international speaking invitations and was awarded the Winner of SALALM’s 2017 José Toribio Medina Award. His work also appears in journals such as Caribbean Studies, Journal of Sport History, The Latin Americanist, The Americas, and The International Journal of the History of Sport.