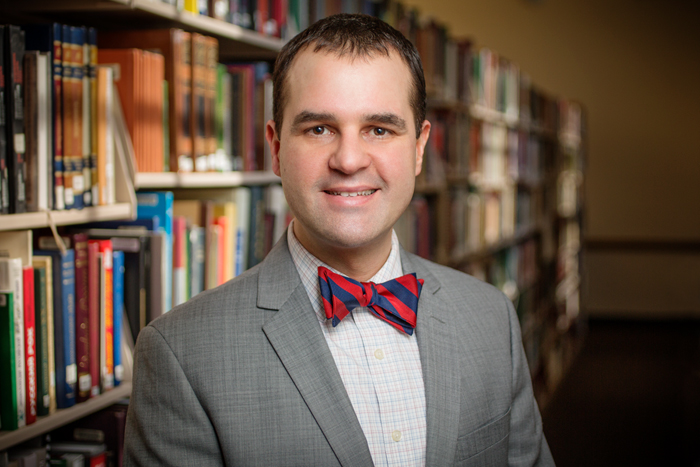 Antonio Sotomayor has won the Dan C. Hazen Fellowship award for his project, “The Havana YMCA: Exploring the Kautz Family YMCA Archives.” The fellowship, given by the Seminar on the Acquisition of Latin American Library Materials (SALALM), supports original scholarly research or professional development pertaining to Latin America, the Caribbean, and Iberia. It is named after Dan C. Hazen, formerly the Associate Librarian of Harvard College for Collection Development, who was prominent in the field of area studies collecting and librarianship. This was one of two fellowships awarded.

From Dr. Sotomayor’s proposal:
This research project seeks to investigate the papers of the Havana YMCA, which cover the first three decades of the twentieth century, and are currently held at the Kautz Family Archives at the University of Minnesota-Twin Cities. In official alliance with the invading US Army and Navy during the 1898 Spanish-American War, the “Army and Navy YMCA” arrived to Havana in order to provide support to the US troops and to establish its institution among Cuban civil society. Their aim, more than today’s support of sport and physical fitness, was to proselytize and convert the Cuban mainly catholic population to Protestantism, and in so doing directly aid the US’s imperial agendas. Mission work was the YMCA’s main goal not only in Cuba, but also throughout the world during the late nineteenth century and early twentieth.

This research trip is part of Dr. Sotomayor’s next book project entitled Religious Games: The YMCA, Sport, and Imperial Statecraft in Cuba and Puerto Rico, 1898-1950s.

Dr. Sotomayor is an associate professor and historian. He has been the Latin American and Caribbean Studies Librarian at the University Library since 2012. He won the José Toribio Medina Award in 2017 for his book entitled The Sovereign Colony: Olympic Sport, National Identity, and International Politics in Puerto Rico (Lincoln: University of Nebraska Press, 2016). Dr. Sotomayor’s work appears in journals such as The Latin Americanist, Caribbean Studies, and The Americas: A Quarterly Review of Latin American History, among others, and has been interviewed by major media outlets such as Code Switch/NPR, Sports Engine/NBC Sports, and Backstory, among others.

The Latin American and Caribbean Studies collection at Illinois is considered to be one of the strongest in the nation. With nearly one million volumes in Spanish, Portuguese, and English, and close to 300 serials from Latin America in Spanish, Portuguese, French, Quechua and several other indigenous and European languages, the collection ranks in the top five collections nationwide and is the largest in the Midwest.