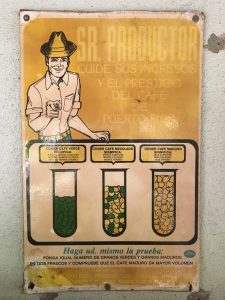 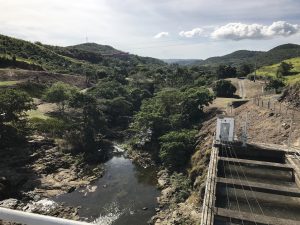 One major difference that I noticed between the states and Puerto Rico was time. In the states, everything is done with tasks fast and on time. While at a restaurant in the states, it takes about fifteen to thirty minutes to receive a meal. We use instant coffee as a common practice and the streets are densely populated with fast food restaurants. But once I arrived in Puerto Rico, all of these common luxuries went out the window. Ordering and receiving food takes about an hour to an hour and half to be completed. Convenience stores open later in the day, around ten o’clock maybe and could close as early as six in the evening. Life is leisurely and slow but that’s what you call “island time”. This “island time” is very common in the Caribbean islands. One time for example, a few of the girls and I went to a convenience store down the street from our apartment and we arrived around six o’clock. Apparently the stores closed at that time but we didn’t know. So instead of letting us in to quickly buy some food, the owner locked the door in our face. Instead of making profit, they cared more about closing on time, but I guess they can do that since they were the only convenience store located within a five mile radius. They had the capacity to close because they knew that they were the only place near us that we could go to buy food. So, of course we went the next day and bought food at that convenience/grocery store.

Another aspect that I noticed often while looking out the windows of the van that transported us from place to place was that a vast majority of the land in Puerto Rico is used for agricultural practices. While I know that a decent amount of land in the United States is used for farming, the farms are separated through many different counties, cities, and states and the United States does not solely depend on agriculture. Also maybe it’s the fact that I live in the city that agriculture was not evident to me. It was not until I attended a specialized high school whose main focus was agriculture that I found out about what agriculture was and how it benefits the world. I learned that agriculture is very much part of everyday life no matter if you live on a farm, in a suburb or in the city. It effects all of us. It was with this mindset and knowledge that I applied and got accepted into the College of Agriculture at University of Illinois. It was how I found out that I wanted to have a career in sustainability and conservation. From this previous knowledge, I knew a little about agricultural practices so when we arrived in Puerto Rico and toured a few farms, I knew the general machineries and practices. But what surprised me was how dependent the economy is on agriculture. Majority of the land on the island is not developed therefore, the crops are a major source of income. The crops produced here are vastly different from the main ones produced in the states. A big crop that has been grown here was sugar cane but in the 19th century, other countries started to become bigger producers therefore leaving Puerto Rico in the dust. After visiting an old, no longer in use sugarcane planation, we were lucky enough to see the last standing steel mill of its kind that was used to extract the sugar. The machine was beautifully restored and was from 1861! It was a true piece of artwork. We also visited a coffee farm and learned about the different varies of coffee plants, where they are from and the process from plant to bean of how coffee is made. Being able to experience these places here in Puerto Rico has opened my eyes and really made me appreciate the environmental and cultural diversity of the world. 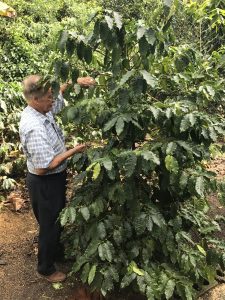 One of the highlights of the trip was visiting the coffee farm. There we learned the process from start to finish of how coffee is produced. 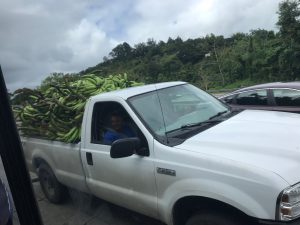 While driving on the express way, this is a common site to see. Many citizens participate in loading their trucks full of bananas or other agricultural products.