The MIT HERMES humanoid robot system is designed for studying whole-body human-in-the-loop control with balance feedback. Inspired by the innate physical control capabilities of humans as well as the capacity for creative learning, we explore the use of the full-body of the human operator as the controller for a humanoid robot. 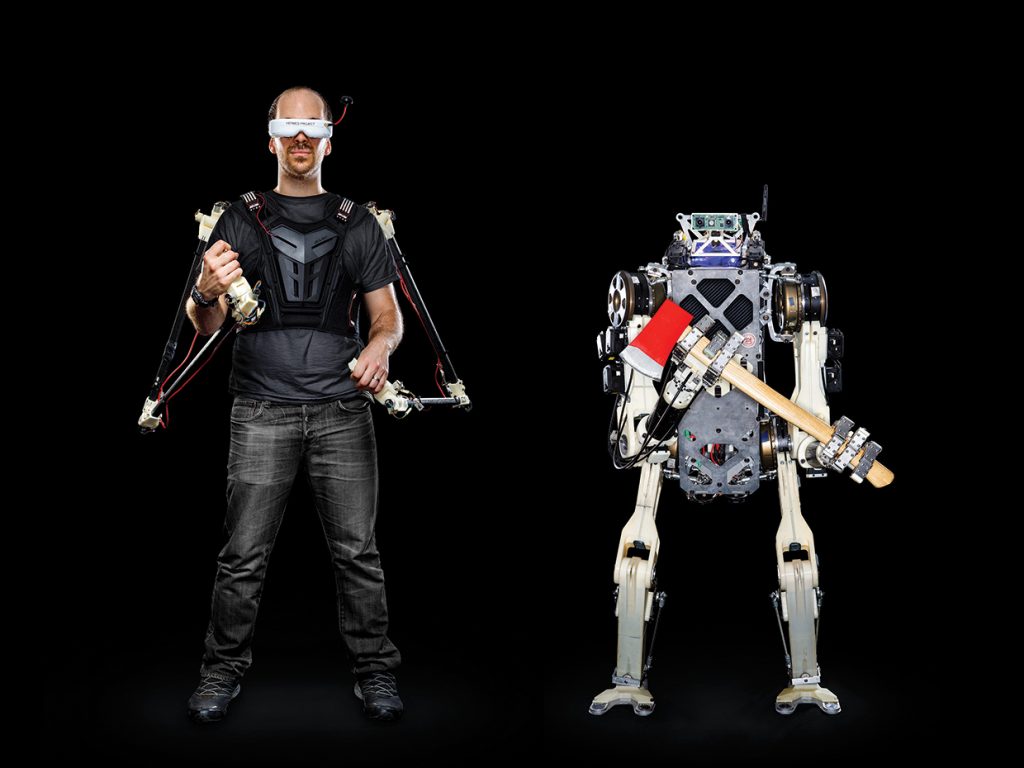 MIT HERMES System got 2nd place at the 2015 MIT Mechanical Engineering de Florez Award Competition, Graduate Design category. And our team also placed 2nd at 2016 UAE Robotics for Good Award, in February 2016 in Dubai. An international robotics competition that included over 600 teams from all around the globe.