Welcome back iSchool! We hope your break was wonderful. Post your favorite moment from over Winter break. We're glad you're back. #MotivationalMondays

It’s Friday again, iSchool! Any fun weekend plans? Any mischief in those plans? This week’s Pet of the Week certainly has a streak of that! 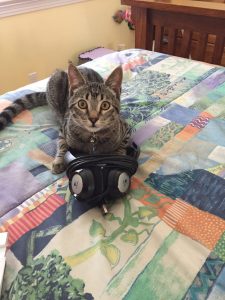 Here’s Bo, a handsome fellow who has definitely been caught in the act of something. Did he stash all of the hair ties under the rug? Did he leave something fuzzy in someone’s shoes? Maybe he chewed on the power cord of his human Melissa’s laptop while she was teaching and class ended prematurely.

Not that he would ever do that.

(He totally did that.)

Best to keep an eye on this clever cutie…

Have an agent of chaos living in your home? Send their mugshot to the Help Desk! They could be featured as our next Pet of the Week!