Biodiversity, or biological diversity, is the variety of life.  Scientists predict that there may be nearly 9 million species on Earth.  According to the Encyclopedia of Life, there are currently over 1.9 million species that have been described by scientists. All living things are divided into 6 Kingdoms, Animalia, Plantae, Fungi, Protista, Archaea, and Bacteria.

Illinois is home to approximately 54,000 species, found in a variety of habitats. Nearly 500 of those species are protected as threatened or endangered species.

One reason that Illinois has so much diversity is its location at the intersection of  several major biomes.  A biome is the largest geographic biotic unit, a major community of organisms with similar requirements of environmental conditions. 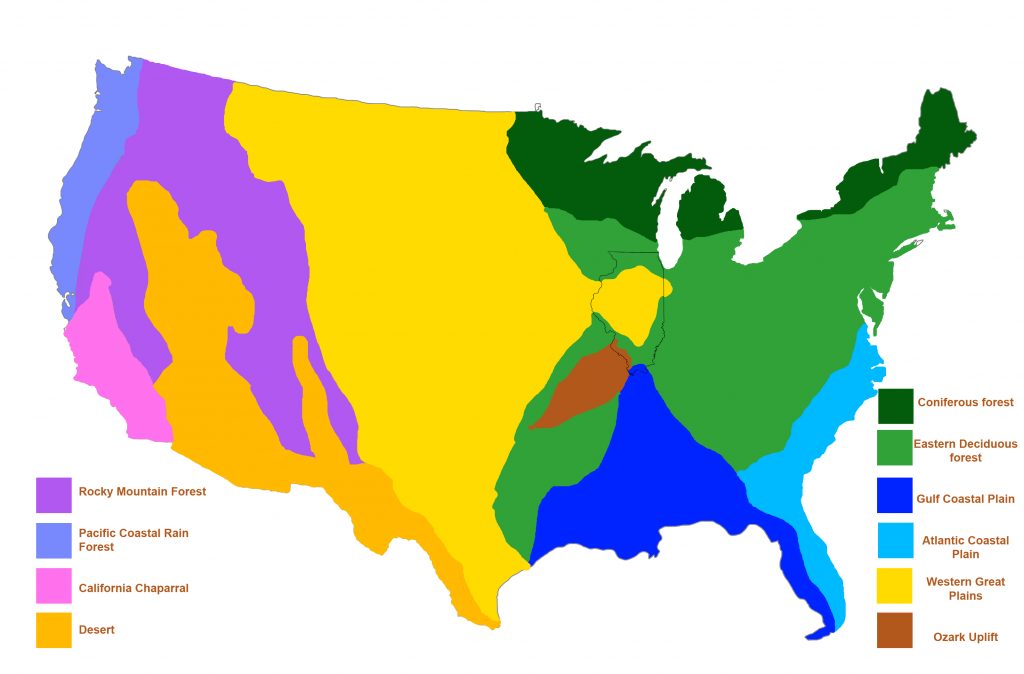 The Eastern Deciduous Forest, Southern/Gulf Coastal Plain, the Western Great Plains and the Ozark Uplift meet in Illinois, with the Northern Coniferous Forest nearby.

Illinois has habitats and species representing all 5 of these biomes.