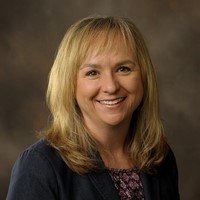 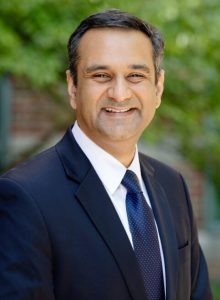 Additional nominee honored was Rohit Bhargava, Director of Cancer Center at Illinois, and Founding Professor in Bioengineering.  He was nominated by James McGraw.  The IAP 2021 Boss of the Year winner, Kristi Kuntz presented a short talk on the benefits of participating in organizations such as IAP. 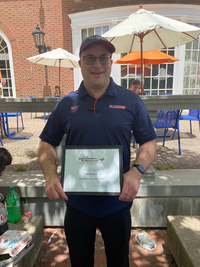 David has been a member of IAP since July 2018 serving as chair/co-chair of the Programs and Events committee for the last four years.  He provided programming on many relevant topics to our members and shifted gears as our meetings transitioned from in-person to remote during the pandemic. David was instrumental in helping to raise money for our organization, volunteering at fundraising events over the last four years and as nominee, Colleen Hamel, stated, “David naturally lifts people up”. She shared that he continually strives to make a difference in all aspects of his University of Illinois job, his work with IAP, and in the community.

This year’s committee, consisting of Jane Baumgartner, Andréa Fain, and Deb Flessner, and led by Debbie McCall, had the challenging task of selecting the thirtieth recipient of this prestigious award from the very strong nomination letters submitted for the six outstanding and deserving nominees. 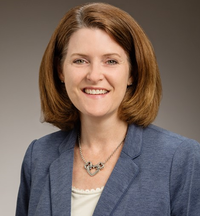 The Boss of the Year “Virtual” Event for 2021 was held on October 20. Kristi Kuntz, Executive Associate Provost for Academic Programs & Polices, has been named IAP Boss of the Year! Kristi was nominated by Teresa Spence. 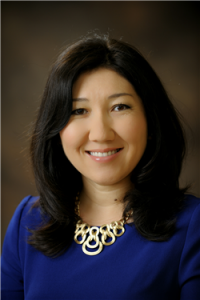 Additional nominee honored was Diana Gonzalez, Associate Director for Graduate Student Success, College of Engineering,  She was nominated by Liz Johnson. The IAP 2020 Boss of the Year winner, Paul Ellinger presented a short talk on office support, teamwork and benefits of the IAP program.

Angie Coy has been announced as our Illinois Administrative Professional Member of the Year for 2020-2021! 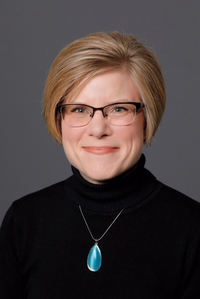 She has been a member of The Secretariat/Illinois Administrative Professionals for the past 20 years. During this time, she has served IAP in many roles, including IAP President, President-Elect, Treasurer, Chair of Nominations and Elections committee, chaired the Kathryn G. Hansen Scholarship committee, served on the Membership and Mentoring committee, and served as Bylaws/Parliamentarian. While serving as IAP President, Angie led the charge in changing the name of our organization from The Secretariat to the more “current” Illinois Administrative Professionals.

In addition to her service on IAP, she has also volunteered her time to the community by serving for several years as a bell ringer at the kettle for the Salvation Army, and volunteered at the Toys for Tots event through IAP to help those in need pick out items for Christmas. She has also volunteered in many ways when her kids were in school, as well as volunteering for her daughter’s sorority’s philanthropic activities at NIU for 3 years. She also donates to the causes that IAP supports, such as the flowers from the Philanthropy Committee.