Since the 1850s, Illinois women had been advocating for the right to vote, but it wasn’t until after the Civil War, when African American men were granted voting rights, that women’s suffrage came to the forefront of political debate.

Suffragists worked tirelessly for their cause, and in 1913, after decades of effort by the Illinois Equal Suffrage Association and other women’s rights groups, the Illinois General Assembly granted women the right to vote in national and municipal elections.

Illinois became the first state east of the Mississippi River to grant partial suffrage to women. In the next municipal election it was reported that more than 30% of votes were cast by women. This high turnout sent a message to the rest of the country that women were gaining serious political power.

Due to language in the state constitution, Illinois women still could not vote for members of Congress, Governor, or State Representatives. They continued to advocate for full suffrage within the state, while also joining the national suffrage movement in campaigning for an amendment to the U.S. Constitution.

In 1919, Congress passed the Susan B. Anthony Amendment, which would prohibit any U.S. citizen from being denied the right to vote based on gender. Illinois was the first state to ratify the amendment, and with the subsequent support of 35 other states, it became law on August 18, 1920. The long fight for equal suffrage had finally been won. 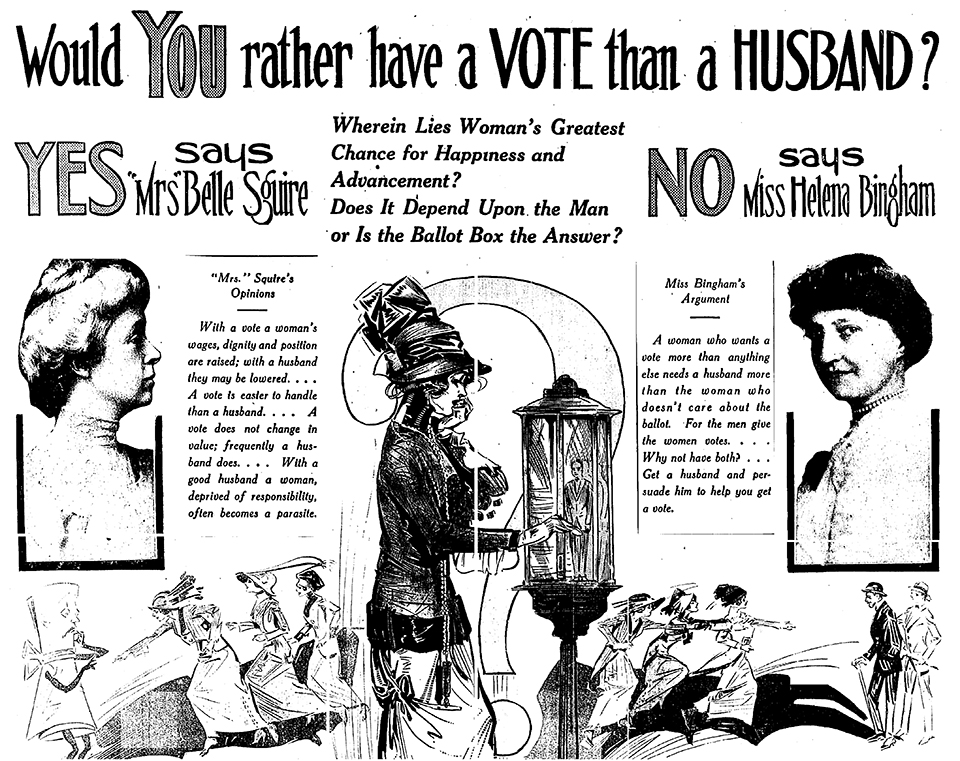 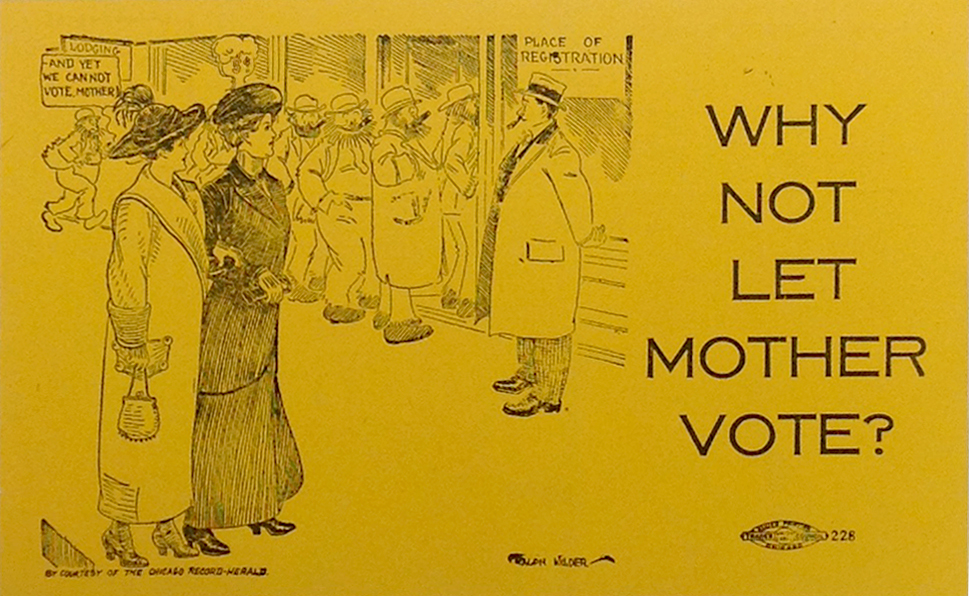 Suffrage was a controversial issue, and in the early stages of the movement, many suffragists were dismissed as agitators. Not all women supported the campaign—some felt giving women the vote would divert their attention from motherhood and domestic duties, and would prove detrimental to society.

Once Illinois women won partial suffrage in 1913, suffrage organizations steered resources toward educating women on how to exercise their new right to vote. These efforts resulted in more than 200,000 women registering to vote in Chicago, and thousands more in the rest of the state.

The victory of women gaining partial suffrage in Illinois was of national significance, since Chicago was the second largest city in the country at the time. The fight for suffrage in other states was still ongoing, and the success in Illinois inspired suffragists in the middle and eastern United States to continue to advocate for their cause.

On August 18, 1920, the 19th amendment to the U.S. Constitution was ratified, stating: “The right of citizens of the United States to vote shall not be denied or abridged by the United States or by any State on account of sex.” The more than 70-year fight for equal voting rights ended in a triumphant success for American suffragists. 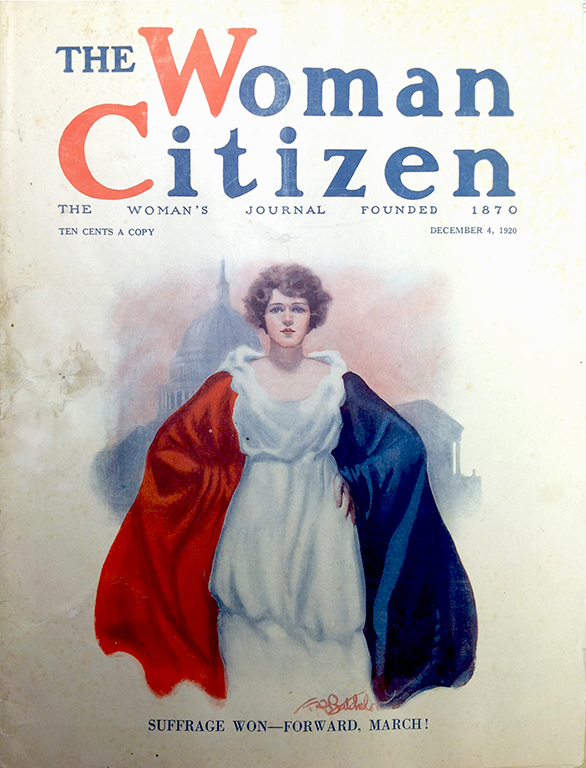 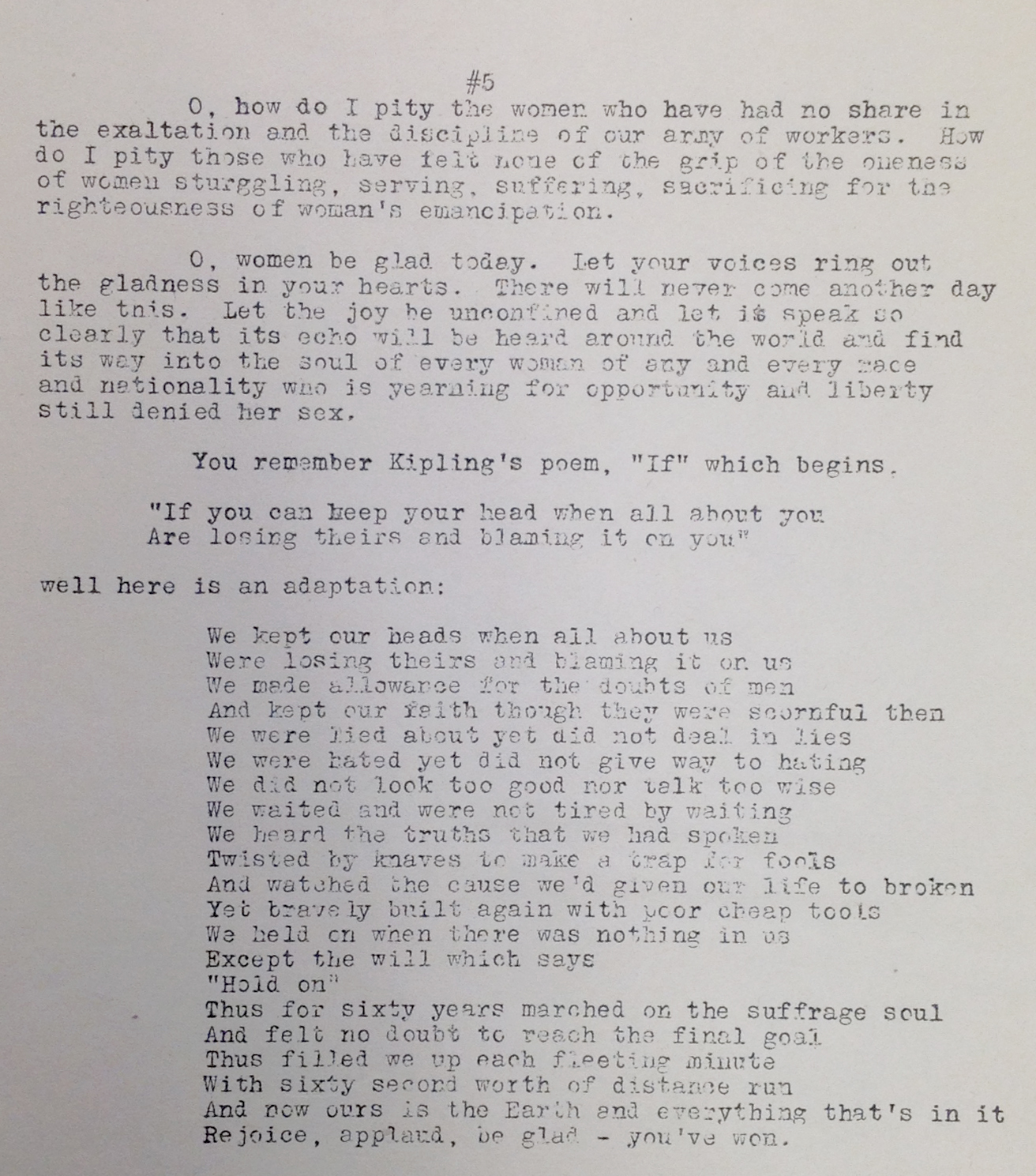