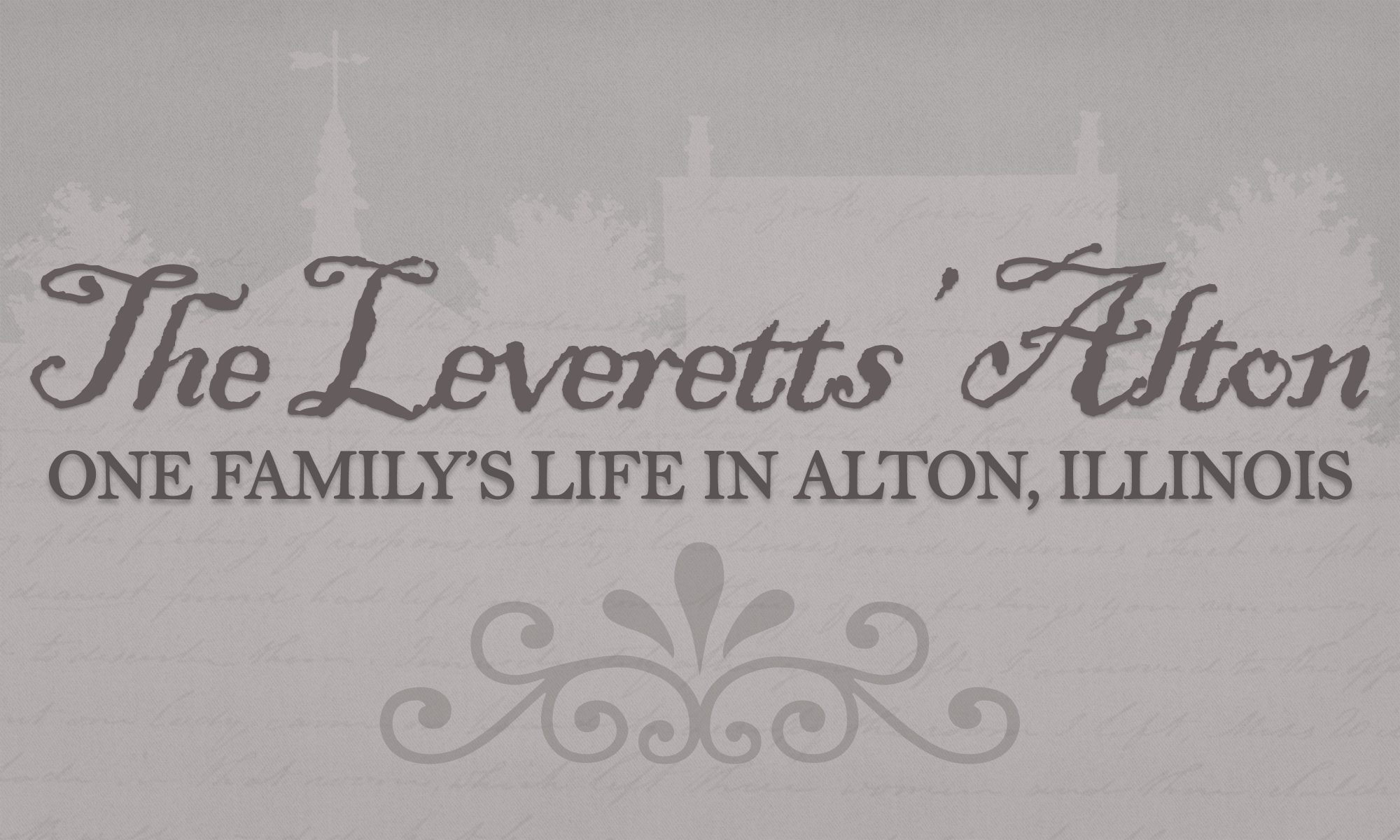 The city of Alton, located north of St. Louis on the bank of the Mississippi River, played a significant role in Illinois history. It contributed to the growth and development of the state as well as the larger national history of the U.S., especially during the nineteenth century. Alton served as a major port for trade and travel along the Mississippi River, and it was home to multiple stations on the Underground Railroad leading up to and during the Civil War.

But what was life like for people living in Alton during the nineteenth century? Through the Blair, Leverett, and Stifler Family Papers located here in the Illinois History and Lincoln Collections, we can get a glimpse into the life of the Leverett family, who settled in Alton early on in its development. Through their daily activities, they contributed to the larger history of their town, state, and nation.

Alton experienced a time of growth in population and in prominence during the 1830s- 1850s. Located near the confluence of three major rivers–the Mississippi, the Missouri, and the Illinois–Alton became a commercial center for the larger agricultural area around it, rivaling St. Louis. Alton’s location near three rivers not only spurred an economic boom, but also made it easier for easterners like newlyweds Warren and Mary Ann Leverett to travel to Alton and settle there.

Hailing from New England, Mary Ann and Warren moved to Alton in the late 1830s, where Warren took a position as a professor at the newly named Shurtleff College, a Baptist college founded by John Mason Peck. They became involved in their community, and soon their family grew to include four children. Through items once belonging to Warren, Mary Ann, and their family members, we can get a glimpse of what life was like for families in Alton during a period of growth and prosperity. 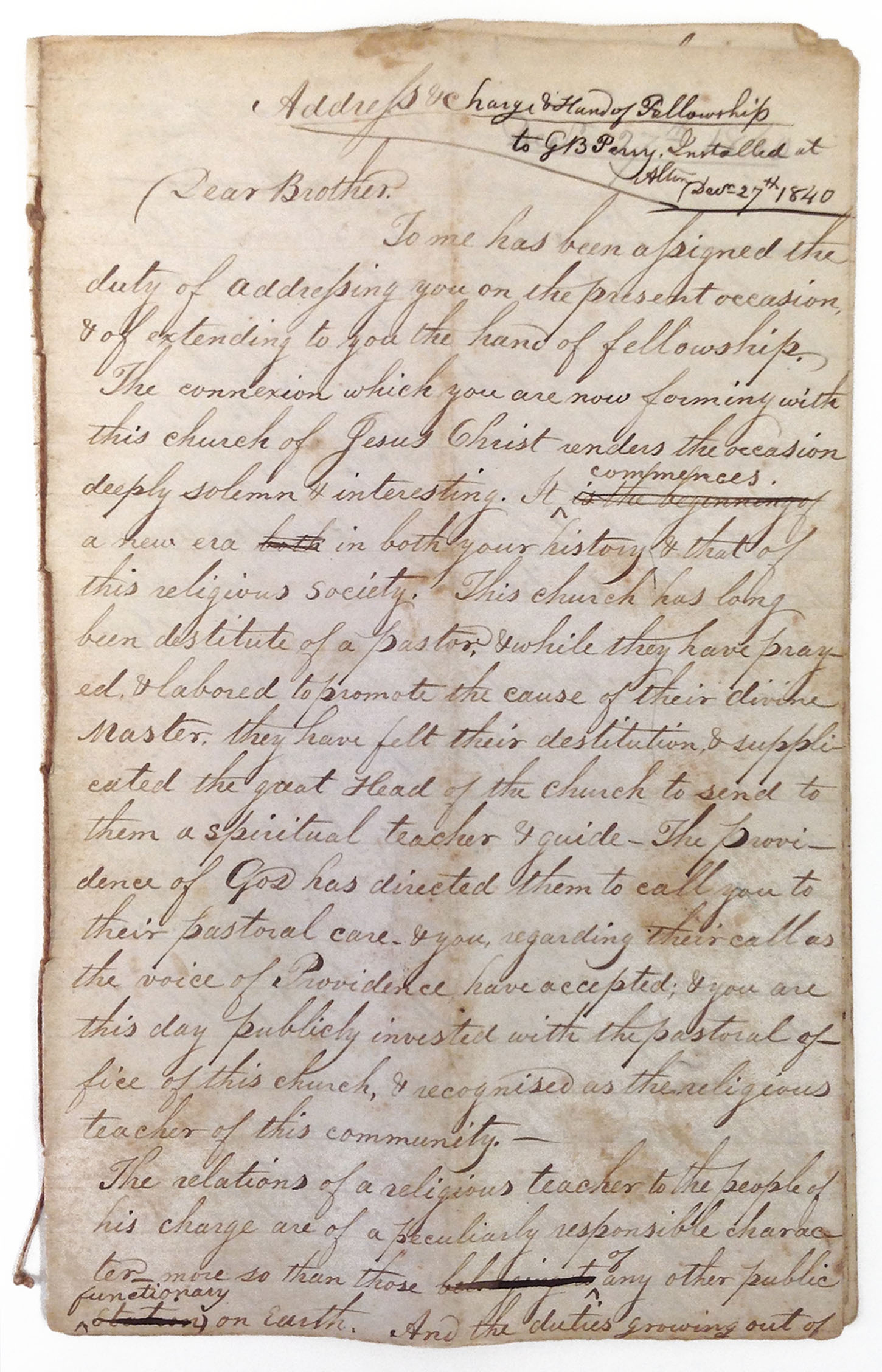 Case 1, Item 1: First page of Washington Leverett’s address for the installation of a pastor, 1840. Part 3, Box I. Blair, Leverett, and Stifler Family Papers.

Washington Leverett, Warren’s twin brother, settled in Alton and began teaching at Shurtleff College in 1836. He was also a pastor and served as a leader in the Baptist community in Alton for several years. 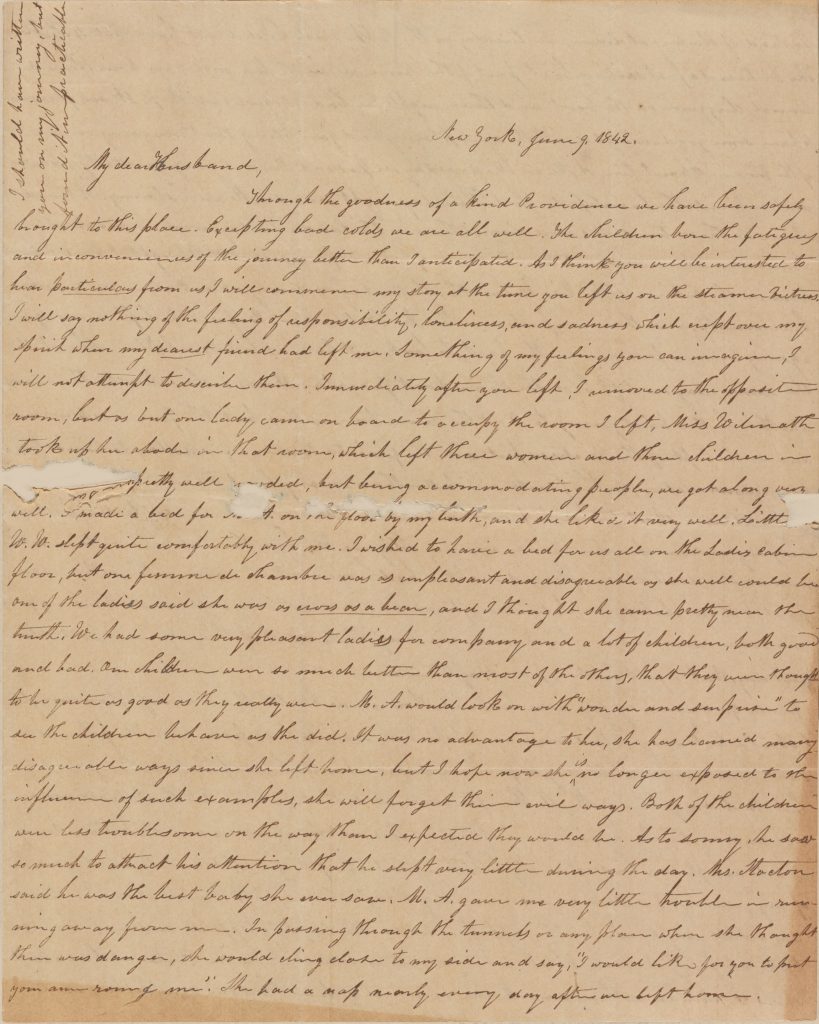 Living in Alton made traveling easier for residents thanks to its proximity to major waterways. In this letter, Mary Ann writes to her husband Warren, describing her trip from Alton to New England via steamboat to visit family. 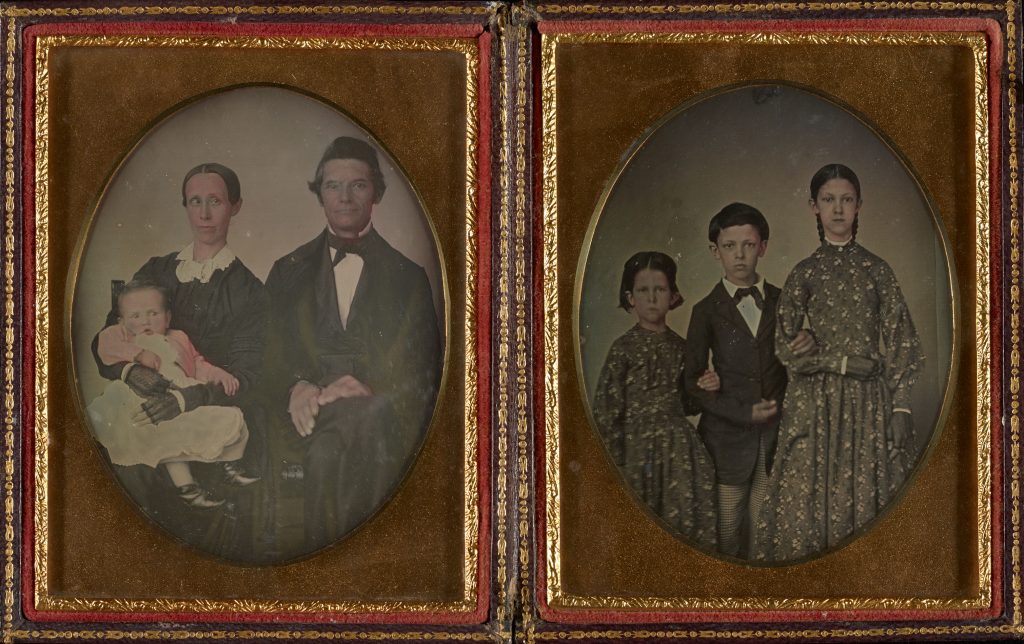 The Leverett family quickly grew after Mary Ann and Warren settled in Alton. From left to right: Mary Ann (holding one of their sons), Warren, Sarah, William Warren, and Mary Ann. 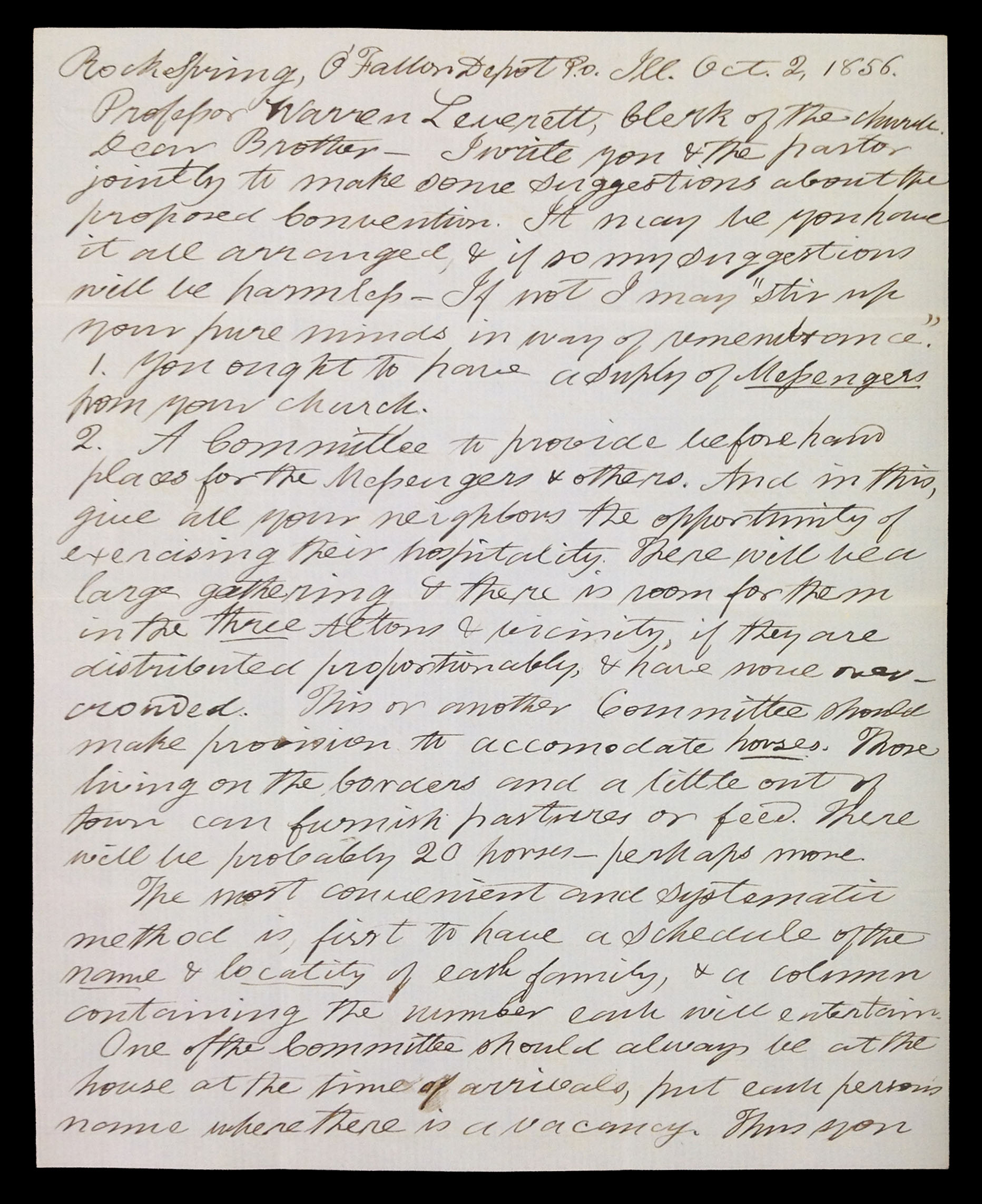 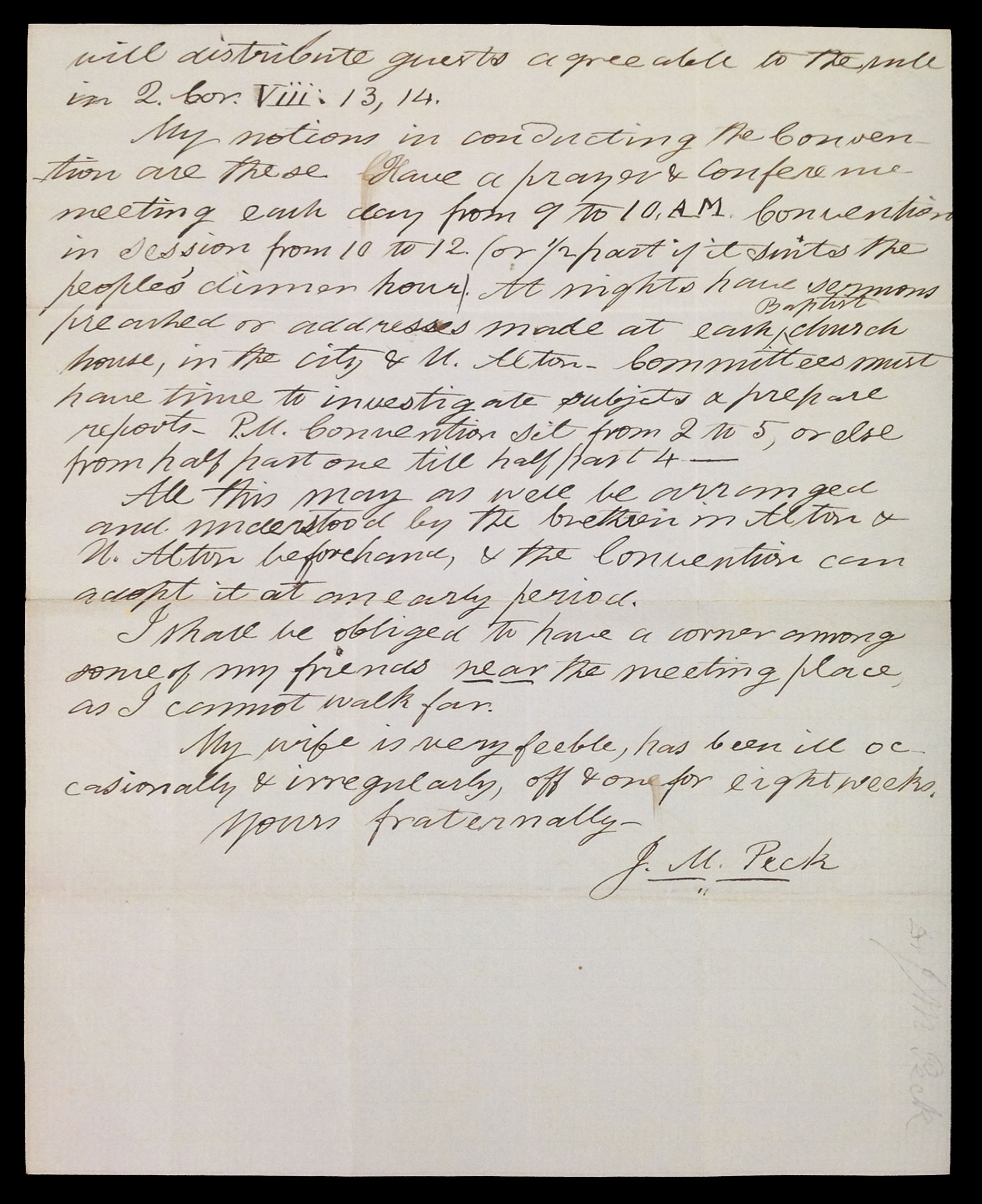 Alton became a city of interest for a Baptist convention in the mid-1800s, in part due to its growing Baptist community. John Mason Peck, well-known Baptist missionary and founder of Shurtleff College, wrote to his colleague Warren Leverett regarding the logistics of hosting a convention in Alton, including setting aside places for attendees to tie up their horses. 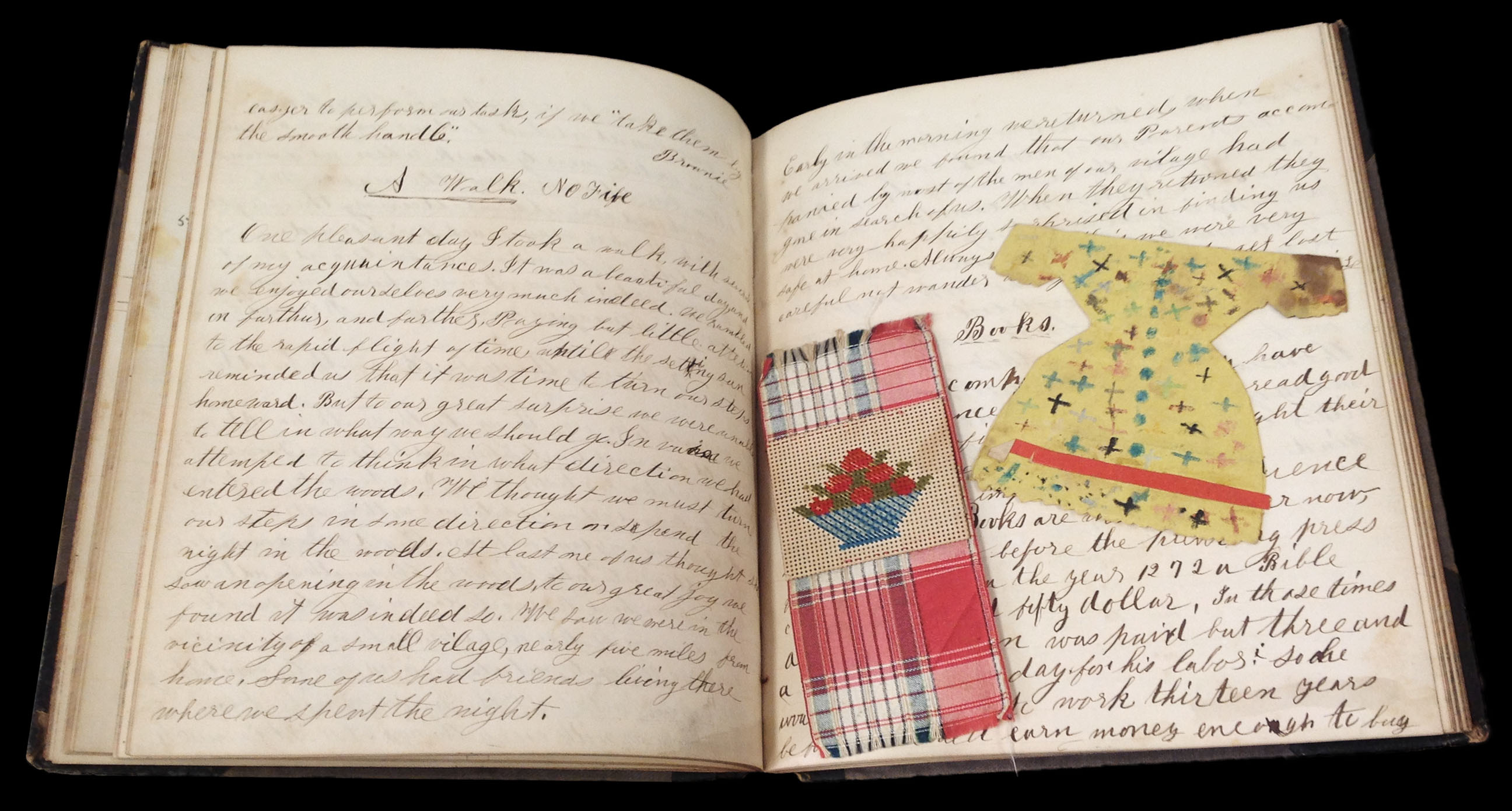 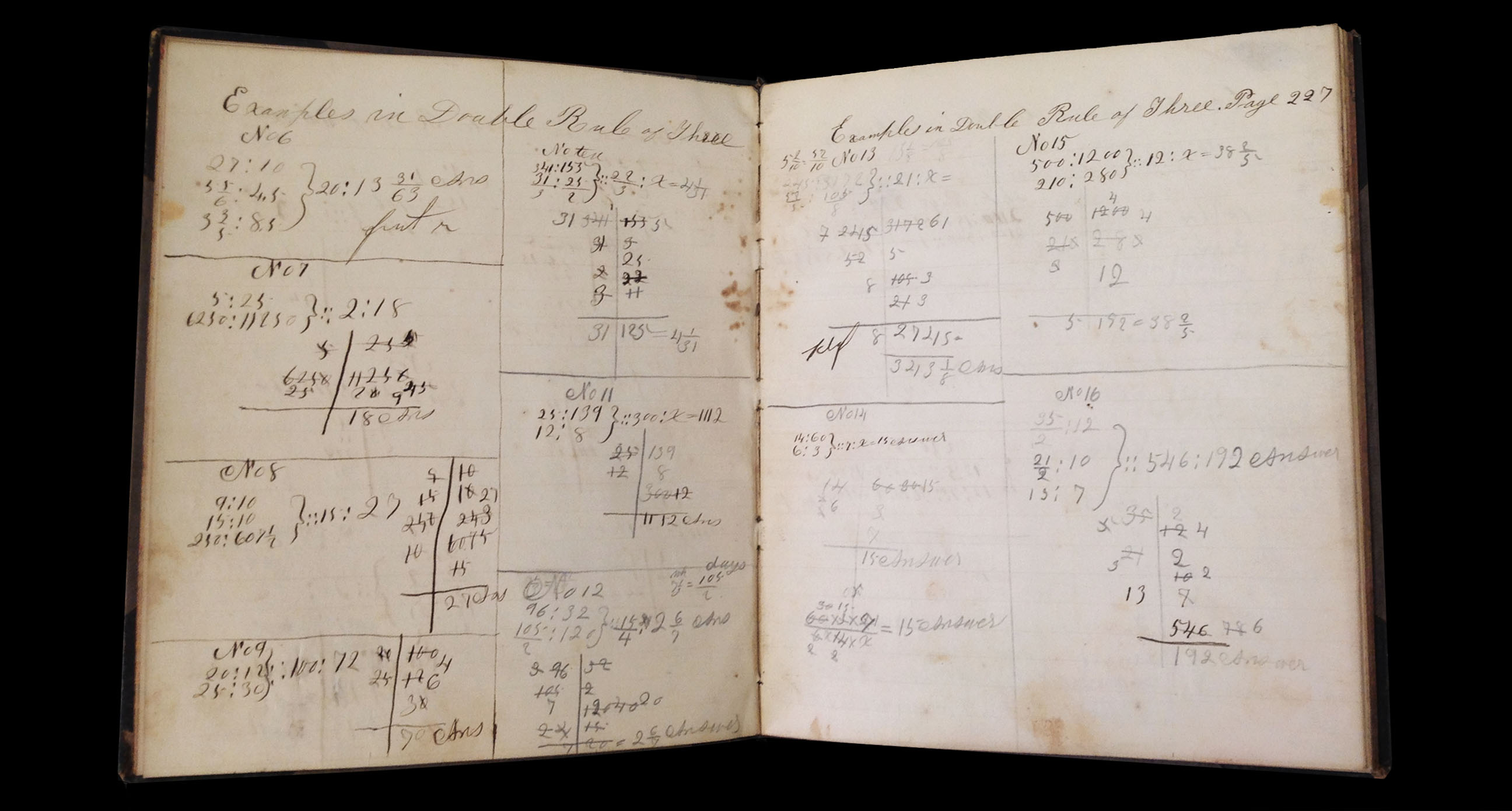 Sarah B. Leverett, daughter of Warren and Mary Ann, was born in Alton in November 1845. Sarah filled her school notebook with practice math problems and short essays.

When the Civil War broke out in 1861, Alton found itself caught in the middle. Although Illinois was a free state, Alton sat across the Mississippi River from Missouri, a slave state. Much of the population of Alton hailed from the East, but a majority of those living in southern Illinois were originally from Kentucky and Tennessee. Tensions between pro-Union residents and southern sympathizers in Alton ran high. Both men and women contributed to the war effort in any way they could, whether by enlisting, fundraising for the troops, or serving in other capacities.

Mary Ann Leverett became involved in the Ladies’ Union Aid Society, and her husband Warren continued to teach at Shurtleff College. A young man named William Stifler, soon to become the son-in-law of Warren and Mary Ann, had recently moved to Alton but was called away to serve at the Rock Island Arsenal. When the Civil War ended four years later, life continued to unfold for the Leverett family and others living in Alton. Items belonging to the Leverett family offer insight into life in Alton during and after the Civil War. 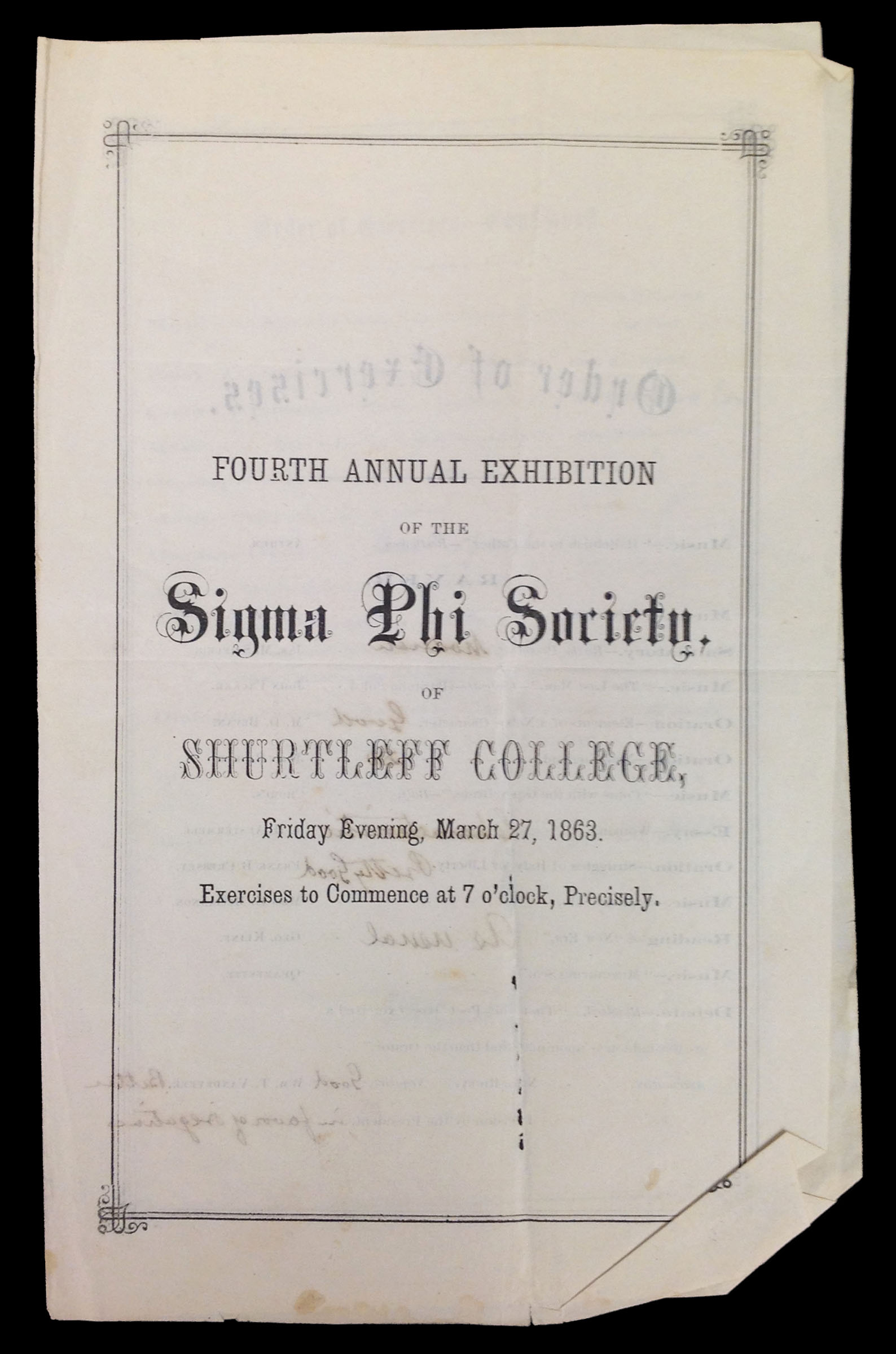 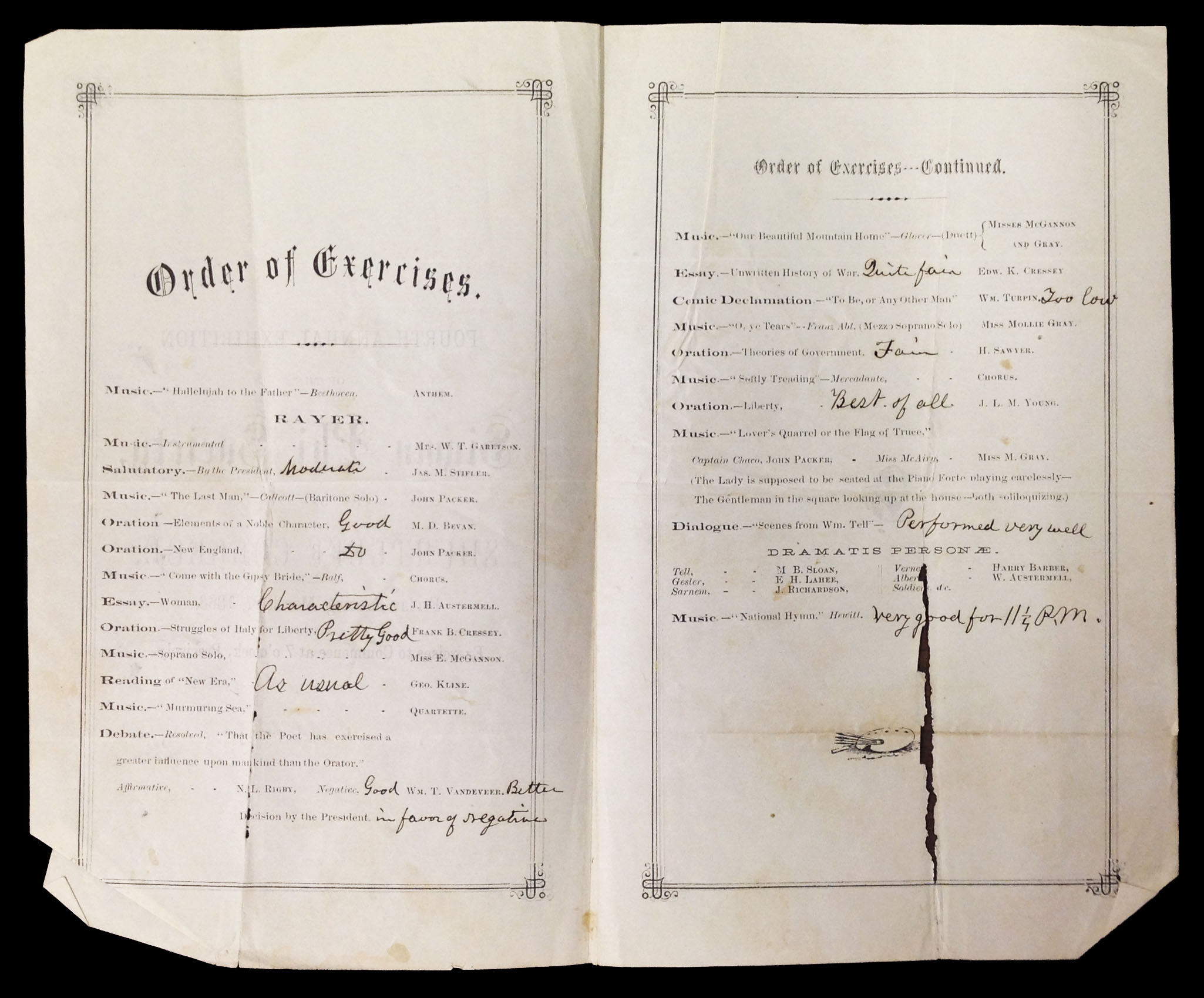 This event program from Shurtleff College contains Warren Leverett’s handwritten notes regarding how well presenters performed at the exhibition. Students and professors in Alton discussed topics such as “Unwritten History of War,” “Theories of Government,” “Liberty,” and others.

Shurtleff College became an important institution not only in Alton but also in the lives of the Leverett family. Generations of Mary Ann’s and Warren’s descendants attended Shurtleff College until it became part of the Southern Illinois University system in 1957. 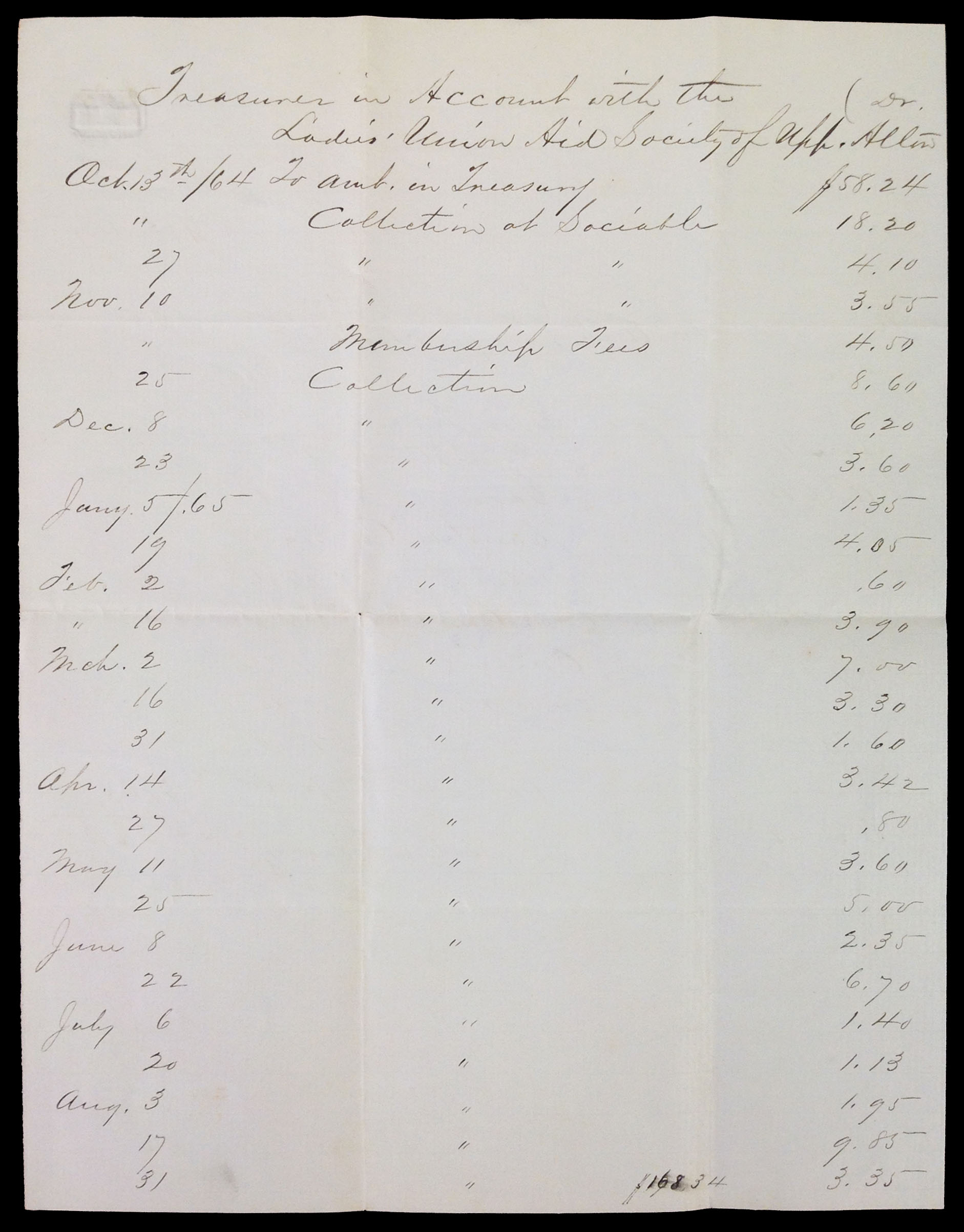 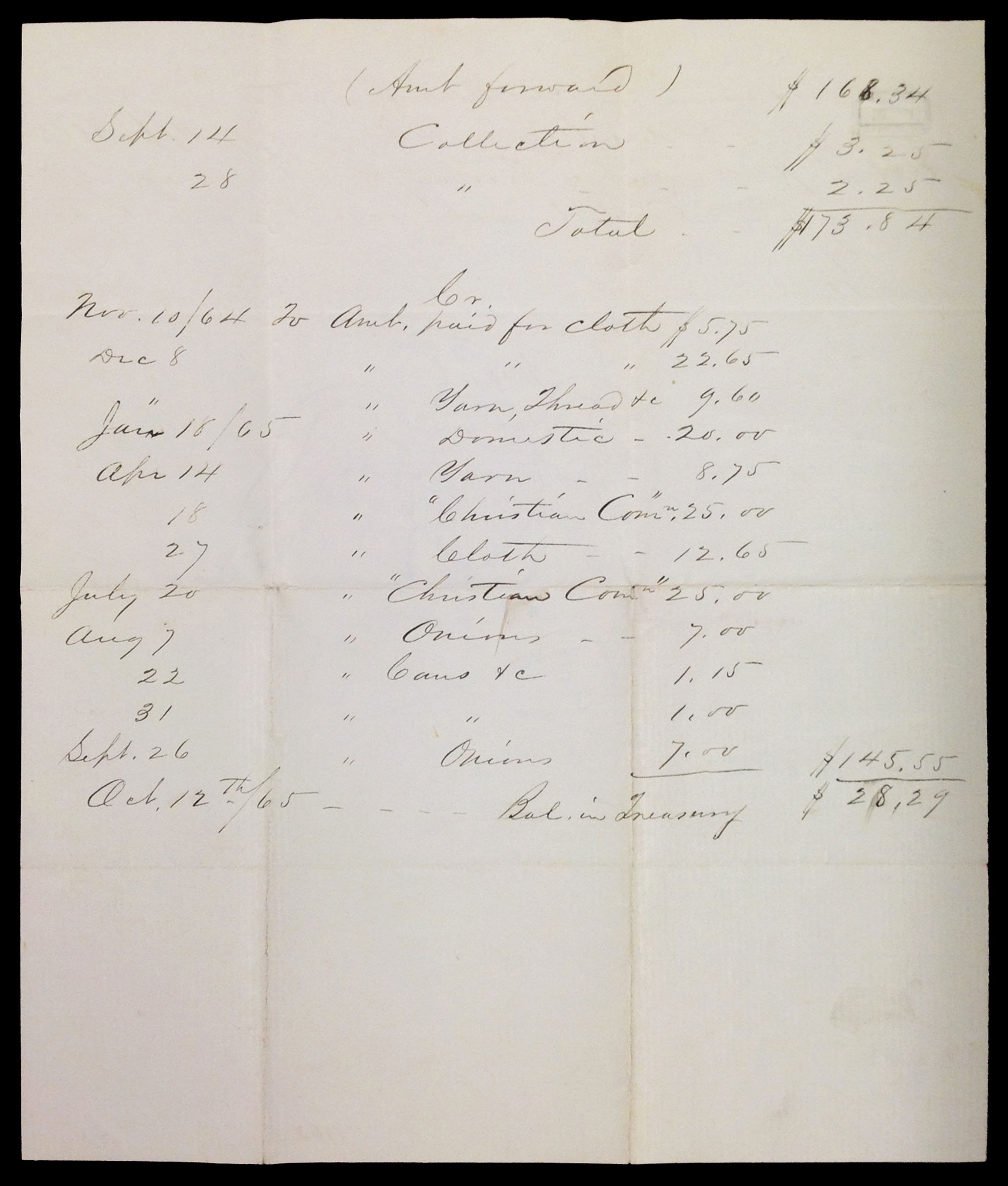 Mary Ann Leverett served as the Treasurer for the Ladies’ Union Aid Society of Upper Alton. The Society purchased items such as yarn, onions, cans, and cloth and sent them to Union troops serving in the Civil War. 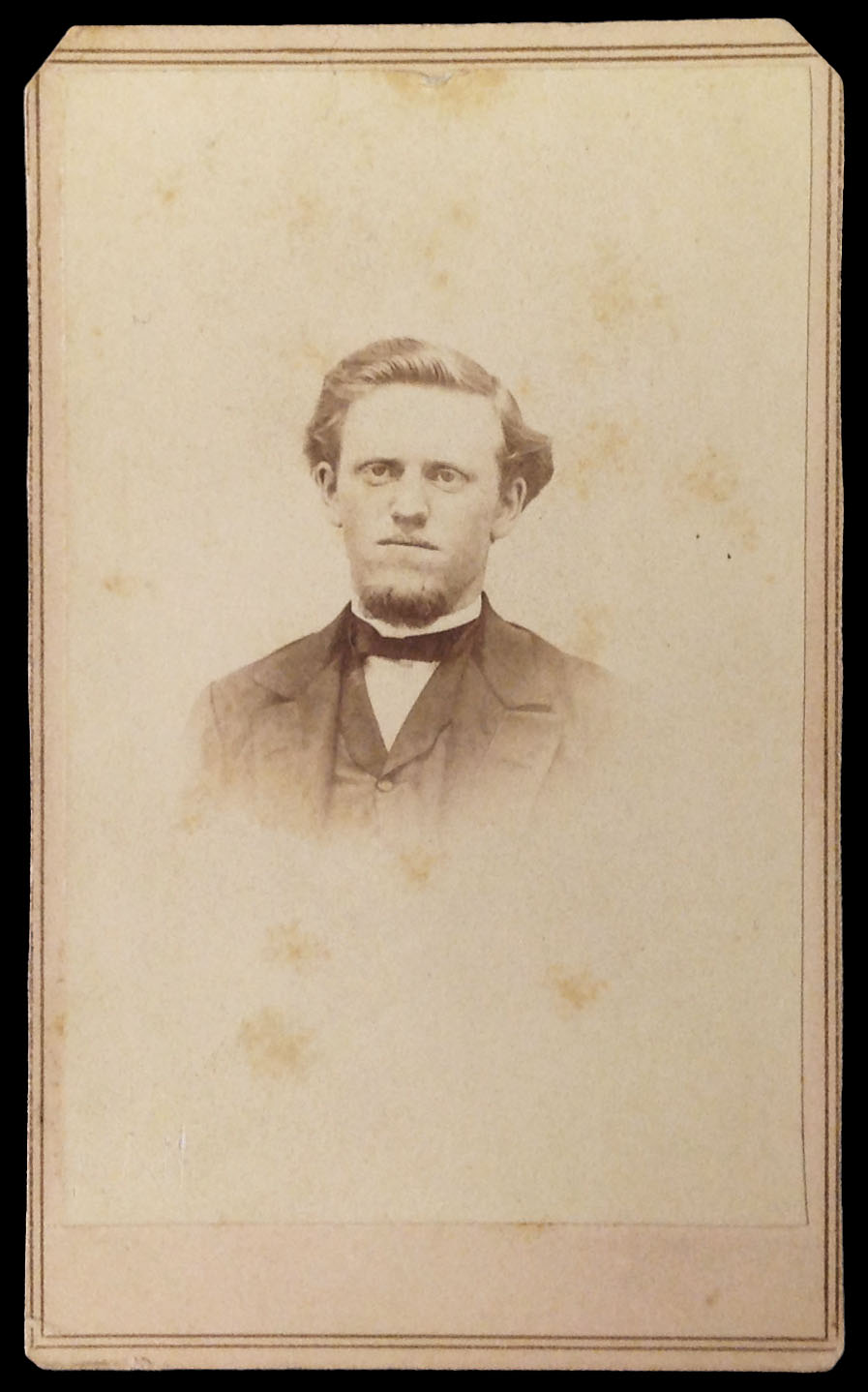 William H. Stifler, born in Pennsylvania, moved to Alton when he was a teenager. He enrolled at Shurtleff College, where he studied to become a Baptist pastor. William’s schoolwork was put on hold when he enlisted in the Union Army and subsequently served at the Rock Island Arsenal. After his enlistment ended, William returned to Shurtleff and graduated in 1866. During his time in Alton, he met Sarah, and they were married in September 1870. 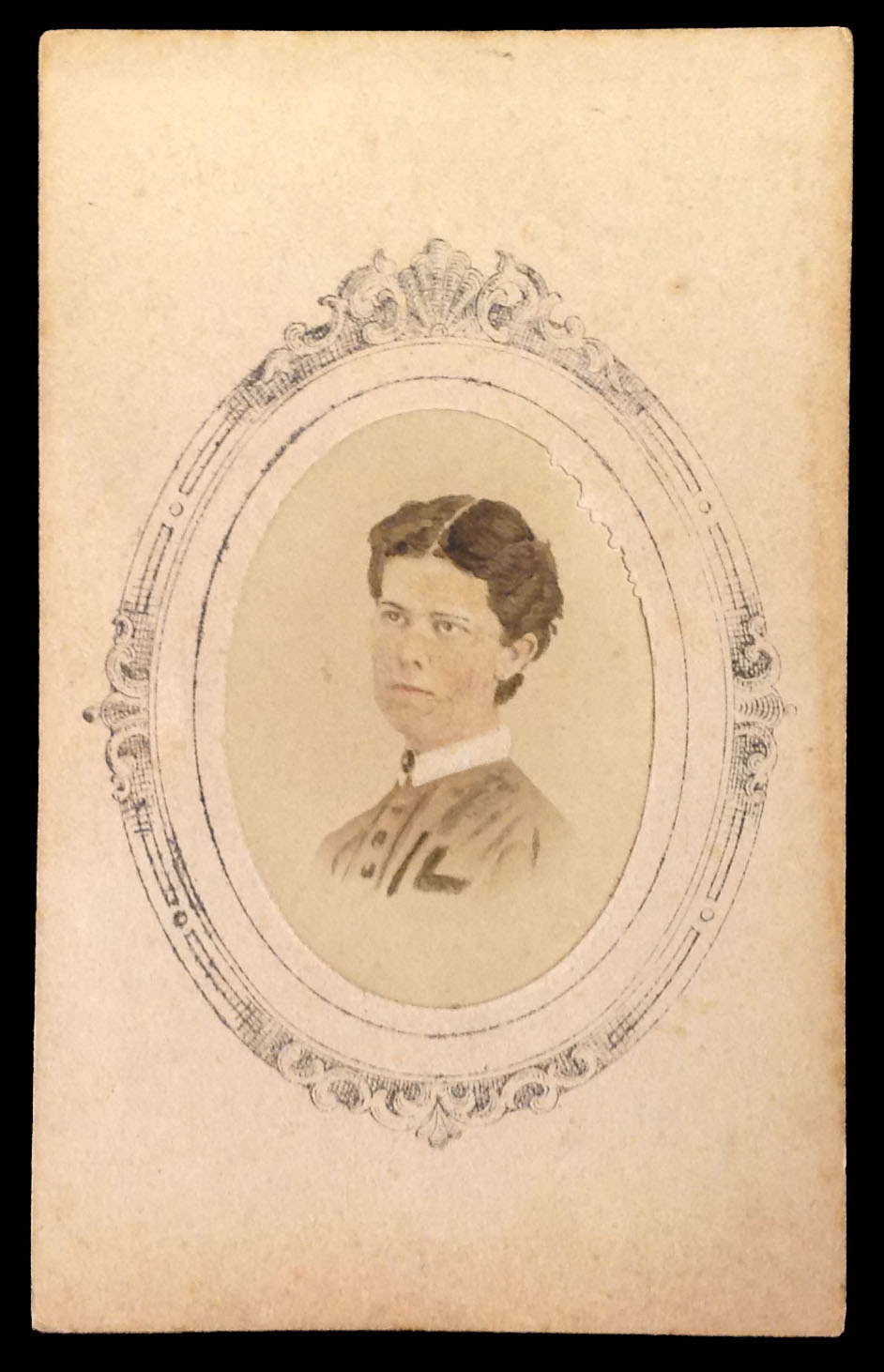 After Sarah and William married in 1870, they moved around the Midwest until 1895, when William suffered a stroke and passed away. Sarah and her children returned to Alton, where Sarah became involved in several community organizations until her death in 1948. She was 103 years old. 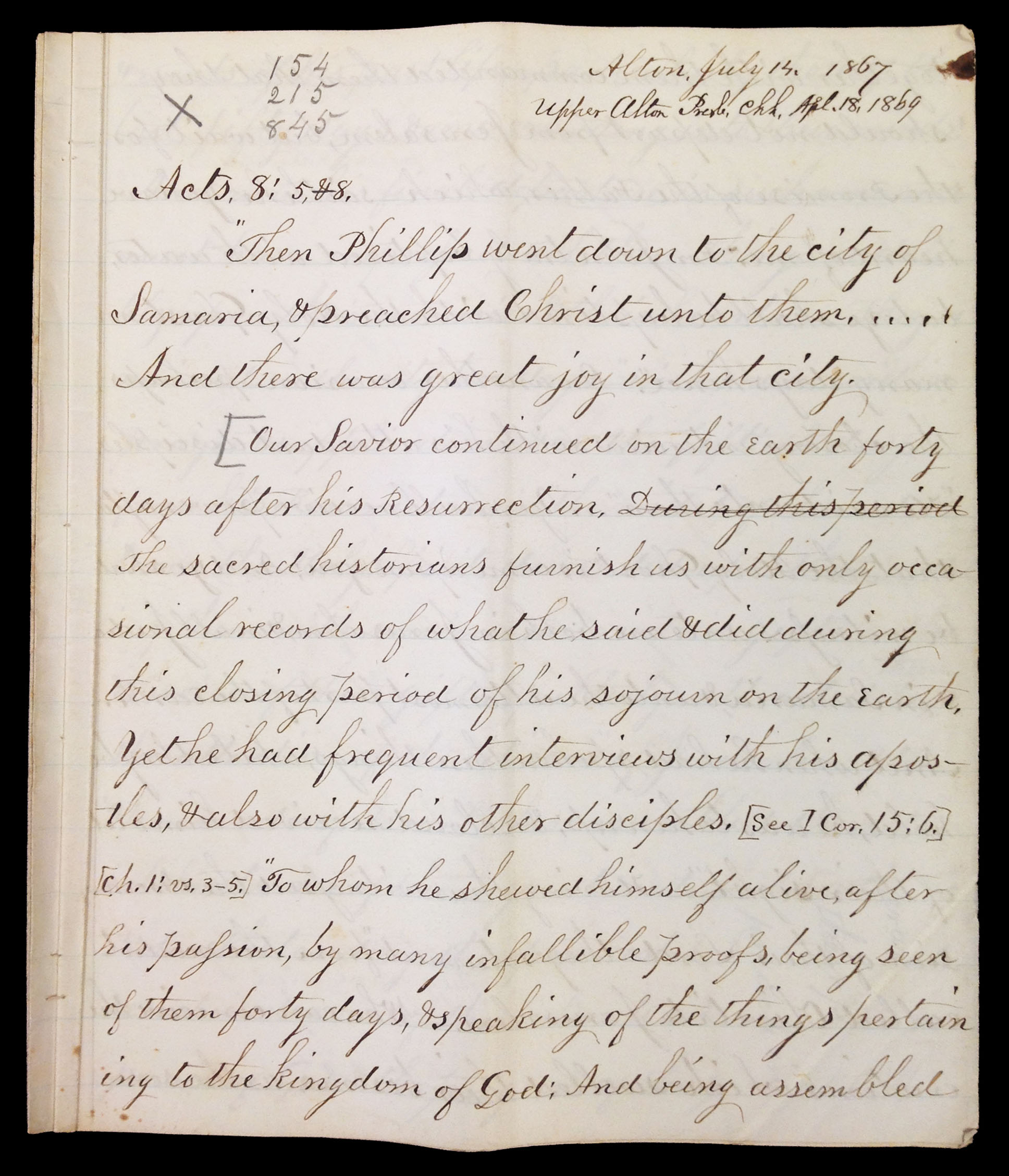 Life in Alton carried on after the Civil War ended. Washington Leverett continued to serve as a pastor, preaching sermons like this one on Acts 8. The rest of the Leverett and Stifler family remained in Alton for several more generations.