This week we bring you our third and last entry in the “Adventures in Arabic” series. The content in Parts I, II, and III reflect eight months of elementary study of the Arabic language and include not only linguistic observations of interest but literary, cultural, religious, and strategic ones, too. Thank you for joining me on this journey. Or, that is, شُكْراً (shoo-krahn). 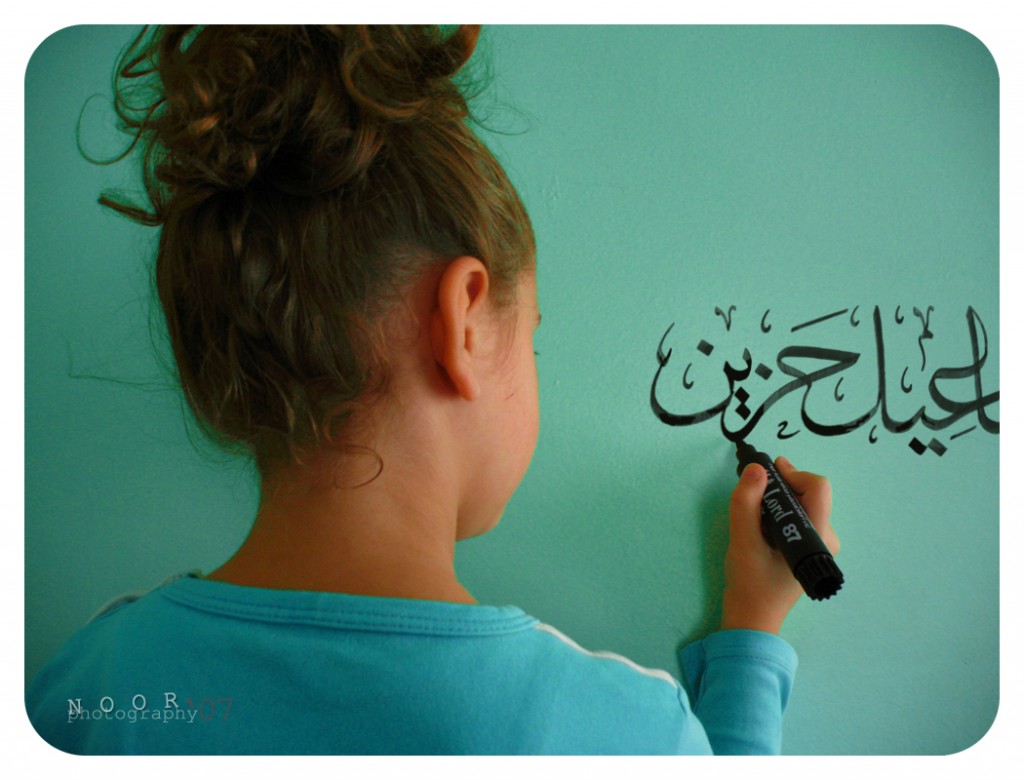 Remember that binary distinction that you had to make in Spanish class between el niño (boy) and la niña (girl)? Yes, gender appears as frequently and as importantly in Arabic, too. Just like the romance languages, French, Portuguese, Italian, Romanian, and more, nouns are divided into two classes, masculine and feminine, and the adjectives that modify them must abide by certain rules to respect the conventions of grammar. Even in English, word pairings like actor/actress, bachelor/bachelorette, god/goddess, host/hostess, waiter/waitress represent a similar concept. 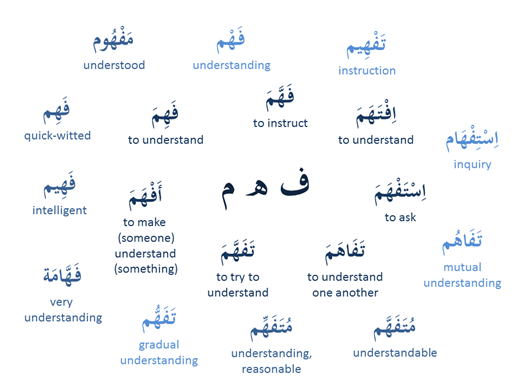 Consider, for a moment, these groups or “families” of words below:

In English, we have a base form of a word that provides a sort of template for additional suffixes and prefixes that we affix to its beginning or ending to establish new meanings. As outlined in the initial text used for Arabic 201, Alif Baa by Kristen Brustad, et al, in Arabic, “words are usually formed from a core of three consonants that constitute [their] basic meaning[s], called the root[s] of the word[s]. Words are formed by putting roots into different patterns or syllable structures” (207). For example, the root ب – ت – ك (k-t-b) will always address something in relation to the act of writing or the written word; the root س – ر – د (d-r-s) will always address studying; and ع – م – ج  (j-m-3*) will always address groups or plurality. These roots are organized in different patterns and coupled with various short vowels to indicate nouns, verbs, people, adjectives, and more.

A transliteration involves using the script of one language to write another. Unlike the Latin or Roman script used to write English, the Arabic script does not have letters for “p,” “v” or “x.” So, writing “Patricia,” “Victor,” and/or “Xavier” pose unique challenges. “P” and “v” are typically substituted by the Arabic letter “ب” (baa) while “اكس” (iks) is used to establish the sound of “x.” Accordingly, to make additional negotiations, “Champaign” is written as  “شمبين” (shambeen); “Europe” is “أوروبا” (oorooba) and “Harvard” is written as “هارفرد” (harfard). Also note that there is no capitalization in Arabic.

The Arabic script can appear to be more “dainty” than the Roman script.

Take these words for example, all typed without any formatting and in the same size font. The Arabic words appear to be more condensed as they take up less space.

There is a difference between reading a standardized font in print and reading someone’s cursive handwriting. This distinction would seem obvious as, inter-culturally speaking, even handwriting in English differs in appearance from language in print. See below: 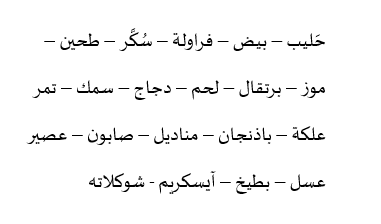 The same grocery list as above, handwritten. See the previous image’s caption for a translation of the listed items.

Some names are very common.

As in English with names like Michael, Matt, John, Jennifer, Stephanie, and Mary, there are certain names that will appear over and over again in Arabic. Among them are Ahmed, Mahmoud, and Mohammed (Muhammad) for men and Fatima, Khadija, and Salma for women. As in English with names like Mary and Sara, some of these stem from holy texts. Mohammed, for example, and the many derivations thereof, refers directly to the founder of Islam.

You can make yourself a celebrity by reciting the Koran.

In many Islamic societies, the recitation of Koranic verses, or “قراءة“ (qirat), is a highly prized ability. Many young talents who sing well on shows like American Idol, The Voice, and The X Factor are applauded for their voices; reciting the Koran in some places in the Middle East can garner fame and attention.

If you take learning Arabic seriously, there are some invaluable resources you need to have handy. Some of the greatest of these are the tools used to type the language in the absence of an Arabic-lettered keyboard. Each of the sites below will allow you to type and/or select the letters you need to create Arabic language texts.

Guess what word is used most frequently in the Arabic language. “The” or “ال” is the first; the twelfth is “God” or “الله”; and the 93rd is “world” or “عالم“. With A Frequency Dictionary of Arabic: Core Vocabulary for Learners, students of Arabic can review the words that are most frequently used. 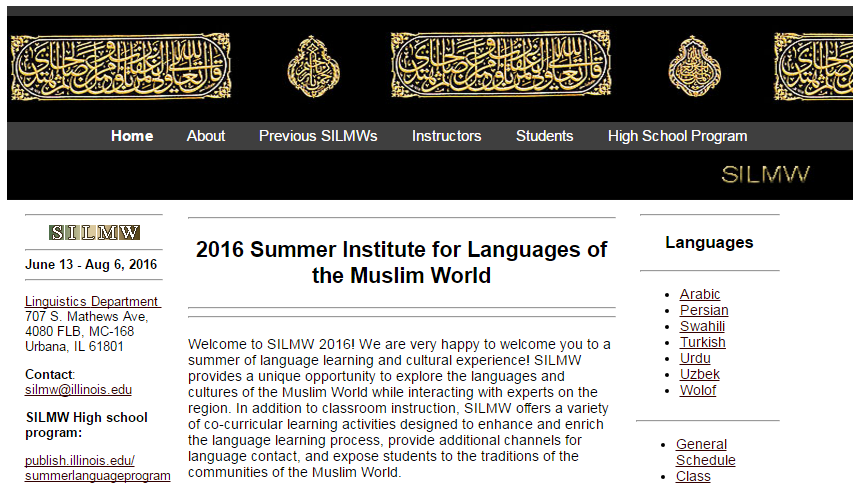 Thank you for joining us on our Adventures in Arabic. In addition, we encourage you to study any other language with a script different from your own. In a world of shrinking borders, knowledge of your neighbors will surely be valued in whatever profession you assume. On the University of Illinois campus, Arabic is offered not only through the curriculum but also through short-term IFLIP courses and intensive SILMW courses over the summer. For more posts like these, be sure to like our Facebook page and tune in next semester for more from Glocal Notes and the International and Area Studies Library.