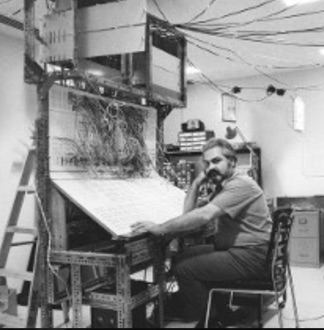 Are you a lover of folk music? Interested in the culture of East-Central Europe? Or perhaps just someone who wants free tea and cookies?

If you fall into any of these three categories you are invited to attend: An Evening of Romanian Folk Music.

Elena Negruta, an accomplished folk singer studying for her masters at UIUC, will be the evening’s performer.

The event will feature Elena Negruta who is from Moldova, part of the former USSR. She began singing as a folk artist and at 14, and  won 1st place at the Golden Stork international youth talent festival in Nikolayev, Ukraine. She successfully participated in numerous national contests, where she variously won first, second, and third place prizes. She studied at the Academy of Music, Theater and Arts in Chişinău where she won the only folk music scholarship in the country. She participated in the choral ensemble “Gloria” as a soloist, with which she performed in France, Spain, and Poland. Switching to classical singing after immigrating to the U.S., she won 3rd place at the NATS competition in North Carolina in 2011. Currently she is studying with Sylvia Stone for her Masters in Vocal Performance at the UIUC School of Music.

Elena will be accompanied by Daniel Dig a guitarist who is currently a Research Assistant Professor in UIUC’s Department of Computer Science.

Hope To See You There!