The University Library comic collection offers an impressive array of comics between the holdings in the Main Stacks as well as those available in the ComicsPlus application! To celebrate the arrival of Fall, and the creeping approach of Halloween, we wanted to share some comic recommendations that we thought might offer up skin-crawling goose bumps, bone-chilling thrills, or dare we say… mind-numbing fear?!

6 Comics Available on the Shelf

An aspiring fashion designer and her vain friend move to a warehouse in a blighted Chicago neighborhood because the rent is so cheap. They soon find there is something dark and dangerous in the walls of their new home. Using the backdrops of gentrification and urban blight this book is an Afrofuturist-centered tale of horror and cultural appropriation.

The Crossroads at Midnight (Abby Howard)

An anthology of five stories that each explore what happens when the lonely are willing (or desperate) enough to seek out connections with the things that go bump in the night. Will these creatures be the comfort or true friends they are seeking? Or are they pretending to be a friend to those lonely souls while waiting for the perfect moment to reveal their true natures?

Friend of the Devil: A Reckless Book (Ed Brubaker and Sean Phillips)

In the mid-1980s a former 60s radical, who happened to be a federal agent, has a career as a privately contracted problem solver. When a friend asks him to help find her missing sister, he finds himself thrown deep into the dark underbelly of Hollywood’s 70s occult movement. Will he find the truth behind the missing women or are some things best left buried?

I Breathed a Body (Zac Thompson and Andy MacDonald)

A book that takes social media and influencer culture and mashes it up with body and science fiction horror! The story centers on the world’s largest influencer committing a horrific act online and follows what his social media manager is willing to do to make it a viral sensation… what could possibly go wrong?

In a small middle American town, local children are going missing in a disturbing number yet the town seems largely unmoved by these events. The children who do make it home tell tales of monstrous creatures in the shadows around the town. All hope seems lost until a mysterious woman arrives whose mission is simple, kill all the monsters no matter what the cost.

Find out what happens when Silence of the Lambs meets the artistic style of All Dogs Go to Heaven. Sophie awakens to find herself in a strange place with fragmented memories of something horrific. As she starts to figure out where she is and what happened, she also realizes she must find a way to survive. Oh, did we forget to mention that Sophie is a dog?

Meet Elena Abbott. She is the toughest tabloid reporter in the city and is recovering from a deep loss. She is on a mission to investigate a series of gruesome crimes the police are ignoring. Not only does she plan to expose the crimes, but also to destroy the dark forces behind them in search for the truth.

The story of a man seeking shelter from the storms of life in his ancestral home. He discovers a tree on the property that seems to draw in the souls of the dead. Can he find some solace for his troubles by helping the souls of the tree resolve their own traumatic pasts? Or will he find that the unliving can be just as cold as those who remain behind?

New Yorker cartoonist Hilary Fitzgerald Campbell explores why as a society we are so into enjoying true crime stories. In this memoir, she explores several facets of the genre like armchair sleuthing and high-profile murders cases. And while she does focus on the thrilling aspects, she also takes time to examine the cultural criticism of the genre and the most often forgotten part of these stories, the victims and their families.

While many readers may be familiar with Neil Gaiman’s seminal comic work The Sandman, many may not know of his other horror/thriller works that he has created outside of his prose novels. This library edition collects four of these smaller graphic novel works into one collection. This volume contains stories ranging from Sherlock Holmes imagined in Lovecraftian terms to an unheard-of murder in heaven and the consequences it brings.

The debut series from Filipino comic creators Budjette Tan and Kajo Baldisimo focuses on the creatures in the dark and other things that go bump in the night in Manila’s streets. When crimes involving these occur, the police turn to Alexandra Trese for help. Follow Alexandra as she battles these and other terrors of the night in the quest for justice.

Life ling friends Sara and Joe are kidnapped and awaken locked to strange tables. As this nightmare world unfolds it becomes clear death is coming. Sara has always known Joe to be selfless and would be willing to take a bullet for her. However, as the disturbing game unfolds, it becomes clear that Joe has the means to save only one of them. Is their wit, trust, and friendship strong enough to save them both?

The below comics, while amazing, just didn’t quite make the…cut. Check them out if you dare!

While the above are our favorite picks, there are many more to choose from between both the catalog and the ComicsPlus application. Some wonderful features about the ComicsPlus Application are it can be viewed on any computer or mobile device and the content is free to all university faculty, staff, and students. We encourage you to not only try out our picks but to explore and find your next new favorite comic.

If you are unfamiliar with the ComicsPlus application, the service provides our students, staff, and patrons with access to over 20,000 comics from 86 different publishers in a digital format. Check out the video links below as they provide additional details on the application. 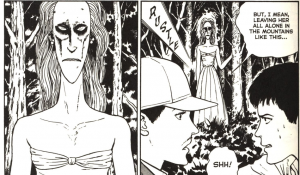 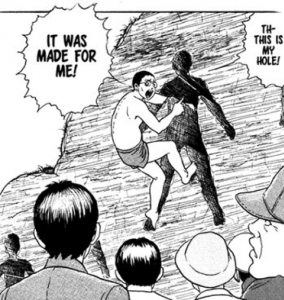 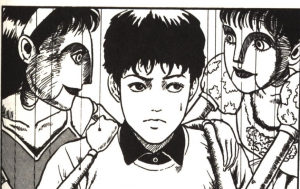