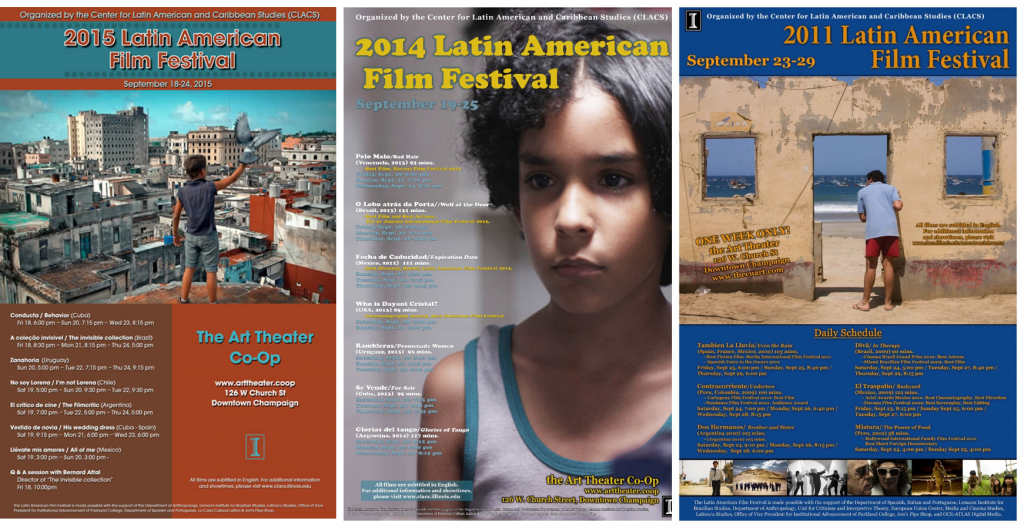 As valuable as it is to study other countries’ histories and contemporary cultures through classes, academic books, and papers, it is equally important to approach them through their people’s own voices. This is always a critical task for building fair and inclusive views of the world. And there are a lot of voices still to be heard from contemporary Latin America’s artists, academics, and in general, from its people.

That is why, on this blog, we would like to celebrate spaces such as Champaign-Urbana’s annual Latin American Film Festival. This event allows us to see beyond the commonplace and to experience diverse views about realities that might be either familiar or unknown to us. Also, the International and Area Studies Library is excited to announce our recent acquisition of “Latin America in Video,” a large database of documentaries from independent producers throughout the region. This resource is available to the entire campus community. 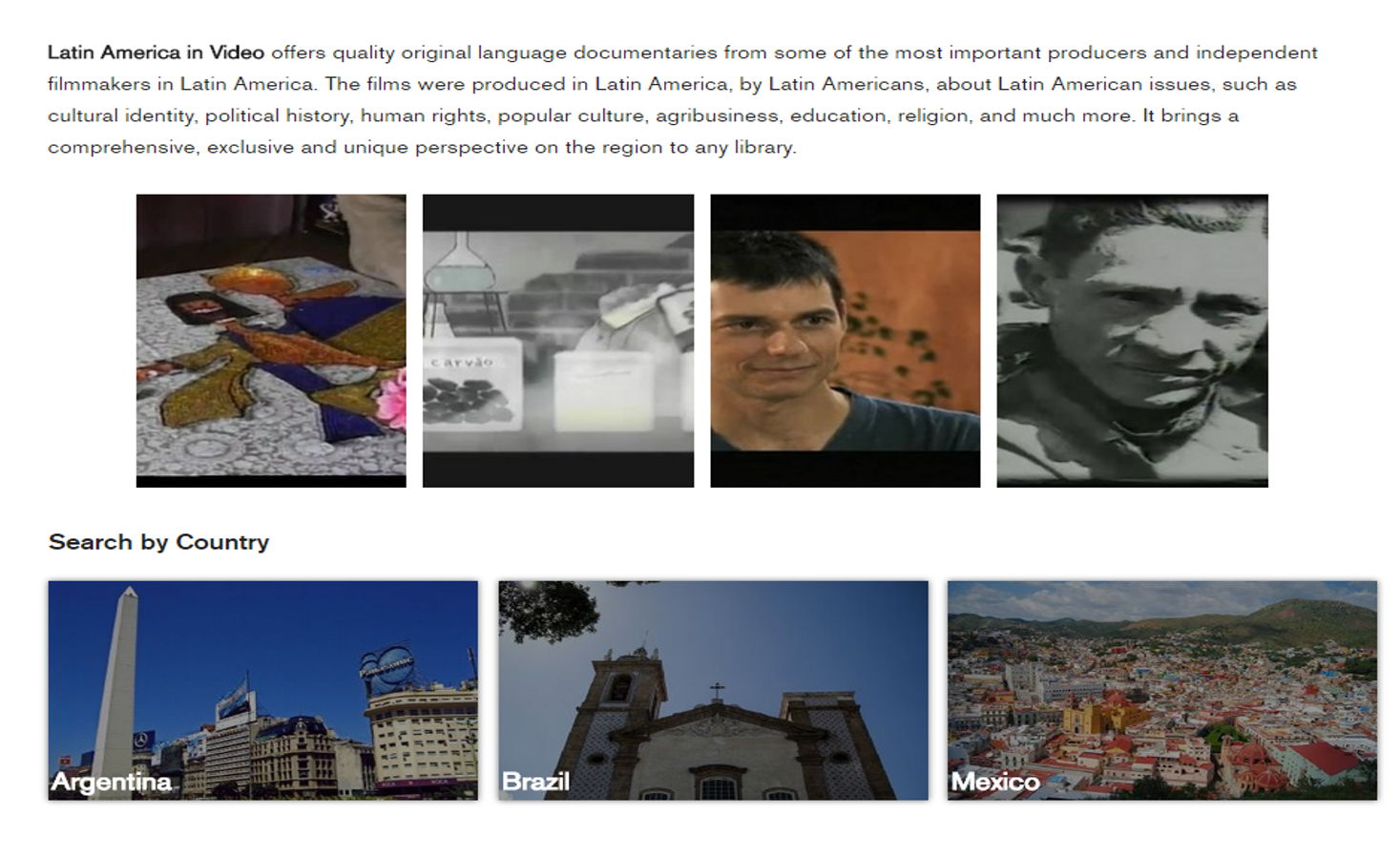 Recently, between September 18th and 24th, the 8th Annual Latin American Film Festival took place. The event was organized by the Center for Latin American and Caribbean Studies (CLACS), led by CLACS Associate Director Dr. Angelina Cotler, and hosted at the Art Theater Co-op in downtown Champaign.  From the 30 to 35 films that Dr. Cotler receives each year, 6 to 8 are selected for screening. This year’s Festival included 7 films originating from Cuba, Mexico, Uruguay, Argentina, Chile, and Brazil.

Like every year, this year’s film selection opened the door to an immersive experience in  diverse social relationships, historical contexts, political situations, varied musical experiences, different landscapes, and of course, the people of the nations represented. The 2015 Festival included films tackling issues such as illegal migration and the altruistic mission depicted in the film Llévate Mis Amores (Mexico). Family violence, social inequities related to class and gender, educational issues in difficult social environments (Conducta and El Vestido de Novia, both from Cuba) were all at the fore. Also covered were critical approaches to past political authoritarianism (Zanahoria, from Uruguay); stories that reveal the complexities of modern urban life (Yo No Soy Lorena, from Chile), social status in rural settings (A Coleção Invisível, from Brazil); and humorous topics relating to the clichés of a pretentious filmmaker in Buenos Aires (El Crítico de Cine, Argentina).

If you would like to know more about contemporary film production in Latin America, here are some great books you can find in our library:

And these are just a few! Many more interesting books are available at different library locations.

As for this year’s Festival, Angelina Cotler’s recommendations were (Conducta, Cuba) and The Invisible Collection (A Coleção Invisível, Brazil). For her, “These are films of an extremely high quality and sophistication. They are the type of films that you start watching and cannot stop; that make you think, enjoy, laugh, and even cry.” (Watch the trailer of Conducta here). She also has recommendations for her all-times favorite Latin American and international films. What’s more, you can find most of them here, at the Undergraduate Library Media Collection! Some of her all-time favorites we invite you to watch are Amores Perros (Mexico), which is one of the most renowned Latin American films of all time, Fresa y Chocolate (Cuba/Spain/Mexico), La Historia Oficial (Argentina) and Lucia (Cuba). 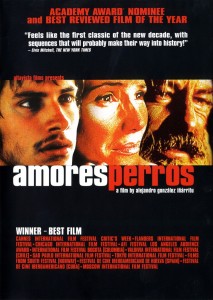 And that is not all!  We invite you to take a look at the great collection of Latin American Films covering a wide range of topics and genres, such as the Argentinian contemporary dramas El Secreto de Sus Ojos, Anita, and XXY; Mexican films about soccer and rivalry like Rudo y Cursi; and renowned films from that country such as Como Agua para Chocolate and Y Tu Mamá También; Chilean films about that country’s political history like Missing; or love stories based on famous novels such as Cachimba. Other films about Cuba include the fictional Guantanamera and documentaries about women and literacy such as Maestra. Films about armed conflict in Colombia that stretch beyond the usual approaches include Los Colores de la Montaña; others deal with urban settings in that country, like Karen Llora en un Bus. There is even a collection of silent films!

If you have questions about Latin American films, history, or any other research interest about this region, you may contact our Latin American & Caribbean Studies Librarian,  Professor Antonio Sotomayor, Ph.D.

You may also find many more Latin American and other international films at the Undergraduate Media Collection. Here you can find international films at the Local U of I Catalog, where you can filter the search by the region, language, and topic of your interest using the menu in the column on the right side of the screen. Also, here are some instructions about how you can search films at the Undergraduate Media Collection in the Classic Catalog. Also, there are a variety of specialized area films, as the Korean Film Collection, and the Africana Film Database.

Don’t miss the Latin American Film Festival next year! In the meantime, visit the library, pick up some great movies, and have a pleasant, eye-opening journey! 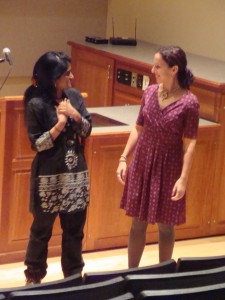