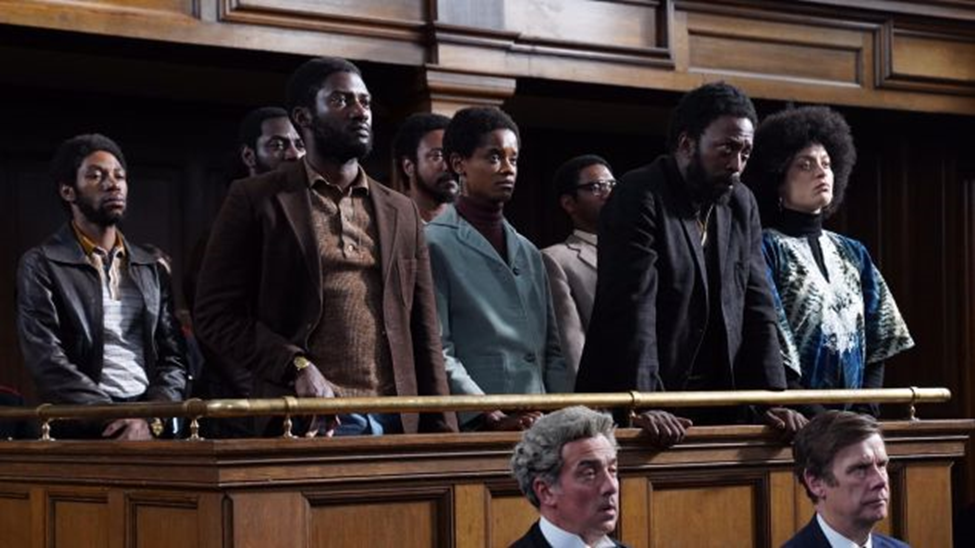 Of Fish and Yams is a platform created by the outreach program at the Center for African Studies, in collaboration with the Africana section of the International and Area Studies Library at the University of Illinois Urbana-Champaign. Its goal is to offer a forum for the presentation and the discussion through films of cultural, historical, and political issues related to Africa and the Black world in general. Fish and yams are widely eaten in African, African American, and African diasporic cuisine. They are used here as a metaphor for stable food for the spirit of Black people around the world.

During the academic year 2019-2020 Of Fish and Yams showed four films: Rafiki, directed by Wanuri Kahiu is a Kenyan drama film portraying a lesbian romance set in Kenya, a country where homosexuality is forbidden by law; Nigerian Prince, directed by Zakariya, is a Nigerian suspense thriller drama film in which a stubborn Nigerian-American teenager is sent against his will to Nigeria by his mother, and gets involved in an internet scam, trying desperately to return to the US; Dirty Pretty Things, the social thriller film directed by Steven Frears and written by Steven Knight tells the story of the struggle and survival of two immigrants in London’s secret underworld: a Nigerian doctor and a Turkish chambermaid; Sudani from Nigeria, directed by Zakariya is a sport film set in a rural town in Kerala. Beyond the unparalleled passion for soccer, the film shows how human suffering and feelings such as compassion, care, and love can be communicated despite language and culture barriers.

The disruptive effects of Covid-19 pandemic and its related lockdown and the availability now of conferencing technology led to our decision to change the format of the forum. Instead of showing an entire film, we will, from now on, invite two or three guests to watch the film and to lead the discussion during the event. The guests will show a select number of scenes that they consider relevant to the theme of the film and have a conversation among themselves. Following this conversation, they will open up the discussion to all the event attendees.

The first experience of this new approach took place last month, on March 25 with the discussion of Small Axe, a British film anthology created and directed by the British film maker Steve McQueen. Small Axe is a 5-film series that depicts the life of the London based West Indian community between the late sixties and the late eighties. The theme that unites the whole series is the racial and ethnic discrimination and police brutality against that community, and the community resistance through protests, activism, and other community-organized movements, including cultural events such as music, reggae music in particular. As McQueen explained in an interview with RPR host Michel Martin, the series title Small Axe comes from an African proverb that says, “If you are a big tree, we are the small axe”, proverb popularized by Bob Marley in his 1993 eponym song. The title signals, without doubt, the determination of the Black community to resist and be resilient.

The presenters of this first virtual film discussion event were Inka Davis, the CAS outreach coordinator, Atoma Batoma, African Studies Librarian, and Roger Noel, Creative writer and musician based in New York. We had initially planned to present the whole series but due to an inadequate management of the time, the discussion centered almost exclusively on Mangrove and Lovers Rock, the first and the second films of the series.

Mangrove
Described by Amon Warmann as “the fiercest and finest Small Axe chapter”, this first film of McQueen’s anthology tells the story of the trial of nine Black Londoners arrested in 1970 and charged with inciting a riot. The trial became known as The Mangrove Nine. The arrest occurred during community organized protests that followed the police raid of Mangrove restaurant. Located in Notting Hills, Mangrove restaurant was opened in1968. It was a haven for activists, intellectuals, and other locals from diverse ethnic backgrounds who were “literally inventing the British-Caribbean identity” (St. Felix). The London Metropolitan Police saw this as an encroachment on the British way of life and, after launching a campaign of harassment against the restaurant and its owner, they decided to raid the establishment, which led the community to take to the street.

The nine people put on trial included Frank Crichlow (Shaun Parkes), the owner of the restaurant; Darcus Howe (Malachi Kirby), an activist who convinced Frank to organize the protests; and Altheia Jones-LeCointe (Leila Wight), the British Black Panther leader. Although the trial did not result in a total happy ending, it did lead to “the British court system acknowledging, for the first time, that there was “evidence of racial hatred” in the nation’s police practices (Collins).

In addition to recounting the story of the trial stricto sensu, the film showcases the identity of London-based West Indian community through food, songs, and dance (Warmann). Reggae music that punctuates the story is undoubtedly an important dimension of the narrative; it is an expression of joy and hope, but also an inspiration for resistance and resilience. “Pressure Drop,” the song by the reggae group Toots and the Maytals that closes the film, captures this spirit.

Lovers Rock
Unlike the other Small Axe films that are based on real life figures, Lovers Rock is a fictional story that describes a magical night of pure music and dance, a pouring and sharing of emotions and feelings among young West Indians in London. The West Indian community and the Black Londoners in general did not have access to British clubs during that period, so they came up with their own sound system, dominated by Reggae music. McQueen did not seem particularly concerned with plot in this film described as a “plotless fresco (St. Felix), but it has been said that what Lovers Rock “lacks in narrative, it makes up for with mood” (Warmann). Indeed, the mood of Lovers Rock is electrifying, contagious, a “pure intravenous atmosphere,” as Peter Bradshaw describes it in The Guardian. “All of a sudden, you are no longer watching a movie, but are part of one. Your body is moving alongside those onscreen, even if you are sitting still,” writes Collins in Rolling Stone.

In addition to its festive and joyful dimension, Lovers Rock is also an expression of resistance and survival. As Justin Chang said so pertinently on NPR’s Fresh Air program, “Joy itself can be an act of defiance, an expression of a community’s life force and its will to survive.” The resistance and defiance shown in the film are not based on backward-looking strategies; they are forward-looking, creative. For instance, the Reggae music played in this film “carried an element of pop that was very different from roots reggae. But it held its own, and this is what was genius about it” (Dennis Bowell, quoted by Jeremy Gordon in New York Times).
We plan to revisit Small Axe in the near future to discuss the remaining three films, notably Red, White and Blue, the melancholic complement to Mangrove as Doreen St. Felix characterizes it (St. Felix), Alex Wheatle which tells the real life story of the amazing transformation of an orphan Black child, and Education, the episode that exposes the racially and socially segregated school system in London and which is the episode that feels most personal to McQueen (Warmann).