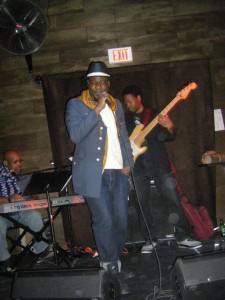 Hip-hop is an art form that shares similarities with West African culture, for example the rappers and griots. Every hip-hop artist shares a story through verse commonly referred to as rap, and the same can be said about the griot who conveys history through poetry. The use of instruments is also an important aspect of these cultures because it allows for the listener to retain information differently, whether through voice or music. However, it is important to understand the significance of these artistic mediums of expression and the way in which the West African culture is manifested through popular culture.

Hip-hop artists from all over the world–Africa, Europe, the Caribbean, and the Americas–can all agree that the culture stems from the griot culture. In a recent BBC article, “Africa’s musical crusaders: New generation of griots” the author states, “West Africa’s griots or jails, are often referred to as hereditary praise-singers, yet they are so much more. . . . They were reporter, storyteller, poet, composer and musician. Their skill in communicating and in mediation made them, according to Tounami Diabate, Mali’s kora-playing wizard and the world’s most famous griot, ‘the needle that sews’” (n.p. 2014).

Akala, an English hip-hop artitst, would also agree that “a griot was a poet, musician, singer, all of which you have to train for, but was also in some senses a political advisor. In other senses, a genealogist, a historian, and they were charged with memorizing literally thousands of poems” (TEDx Talks. 2013.). Unfortunately,  griots were treated as outcasts within their society (Chang, 275), but these men were also responsible for helping to maintain a culture by memorizing history and passing it onto the next generation (Enter: hip-hop).

The word “hip-hop” has significant value because it represents much more than music. If we look at the etymology of the words “hip” and “hop” individually, we will see that it has West African and other African roots: “the very word ‘hip-hop’ comes from the Wolof word ‘hippie,’ which means to open your eyes and see; ‘hop’ from the English signifying ‘movement.’” (TEDx Talks. 2013.). Once hip and hop are combined, a new word and meaning is created: “intelligent movement.”

KRS-One, a New York-based rapper respected for his longstanding involvement with this youth culture, released a song titled “Hip Hop Lives (I Come Back)” in which he further explains the meaning of hip-hop:

“hip means to know, it’s a form of intelligence,

to be hip is to be update and relevant,

hop is a form of movement, you just can’t observe a hop,

you gotta hop up and do it,

hip and hop is more than music,

hip is the knowledge, hop is the movement,

Although these cultures are separated by land and ocean, we can see that hip-hop and the griot traditions are united by music, poetry, and history. So, what do these two cultures look and sound like when they are combined?

Blitz the Ambassador is also a New York hip-hop artist of Ghanaian descent who uses this medium of expression to connect African and American traditions. In his recent album Afropolitan Dreams he recorded a song that compares the rapper and the griot:

“on one side a man whose past foretold the prophecy,

the other side a man whose future beholds the legacy,

one reps the royalty, the voice of the kingdom,

the other knows his loyalty, the hood that he came from,

one plays the kora, djembe, xylophones,

the other rocks the MP, turntables, microphones,

they both tell the stories of the warriors that passed,

one on the battlefield, the others on the Ave.,

one memorizes, the other one writes this,

one tells the village, the other tells the projects,

and they both on the road less traveled,

separated by time, the future unraveled,

from the ancient Mali empire to the Empire State,

from Sundiata Keita to Jam Master Jay, let the story be told” (JakartRec. 2010).

Blitz also has a live recording on Youtube that incorporates a 12-piece band and a griot who sings and plays the stringed instrument djembe.

I highly encourage you to listen to these artists and visit the International and Area Studies Library where a librarian can help you find more information on West Africa.

For more information on the Africana Collections and Services, please go to the following link:

If you are interested in learning more about the Center for African Studies, the courses they offer, networking, or attending any of their events, click on the link below:

To read the BBC article on “Africa’s musical crusaders: New generation of griots” and discover other artists from Africa, you may check the following link:

If you would like to learn more about the artists referred to in this article, you can go to the following links (arranged in alphabetical order by artist name):