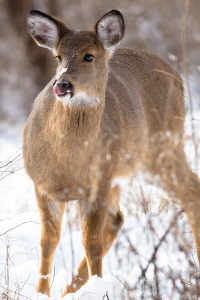 When trying to understand movement patterns during the post-season, it’s important to have a fundamental understanding of the physiological and behavioral changes occurring during this time. Deer will have reduced metabolism, thicker coats, and increased energy consumption to stay warm. In general, this means that deer will be focused heavily on building fat reserves for the impending winter. Deer have been pressured, particularly on public hunting sites, and may have shifted their movements to more secluded areas with heavy cover. Finding these areas could prove fruitful.

Arguably, the most important information any deer hunter can discover while scouting is where deer are actively bedding. During the season, I often spend time looking at satellite imagery and topographic maps to identify potential bedding areas. Mid-season, I avoid further investigating these potential bedding areas to reduce the chances of jumping deer and disturbing prominent bedding areas. While it’s not impossible to observe a bedding area without alerting deer during the season, post-season can be a terrific time to confirm bedding in potential sites. This next section will detail several prominent bedding situations and how to identify them utilizing satellite and topographic imagery. 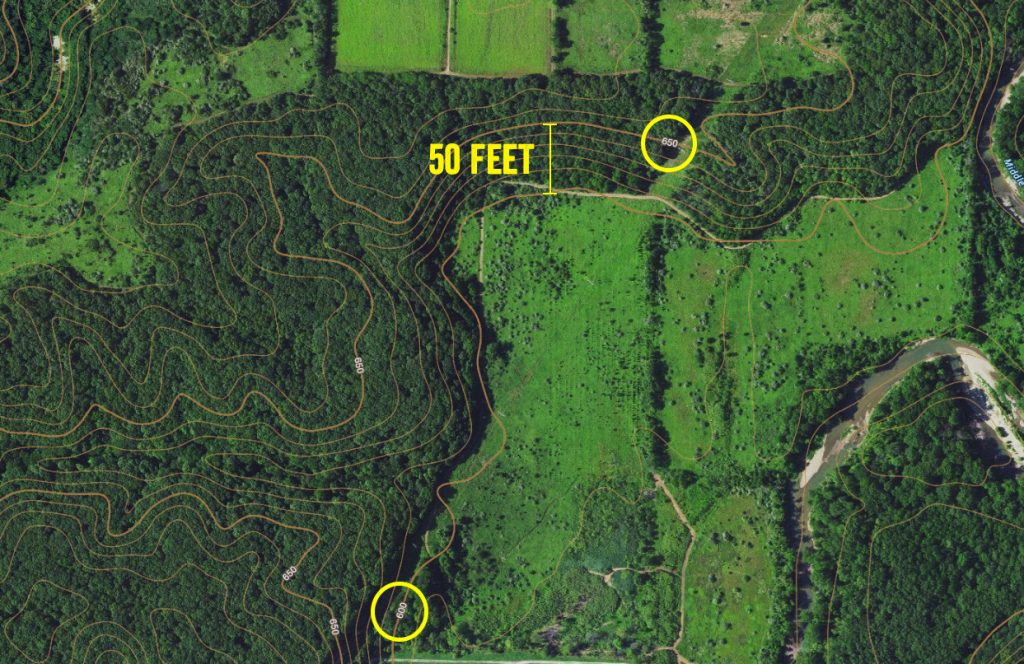 Bedding on the downwind side of a slope is a fairly common bedding strategy throughout the year. These areas provide deer a unique advantage to scent-check both sides of the slope, resulting in a very secure bedding location. The wind pulls scent from the prominent wind direction to the deer, while thermals, which are rising columns of warm air, pulls scent up the slope from the down-wind side. These winds meet, typically 1/3 of the way up the slope, in an area that many hunters refer to as a “wind tunnel”. This wind tunnel allows deer to have security from any imminent dangers on either side of the slope as they can continually scent check both directions. 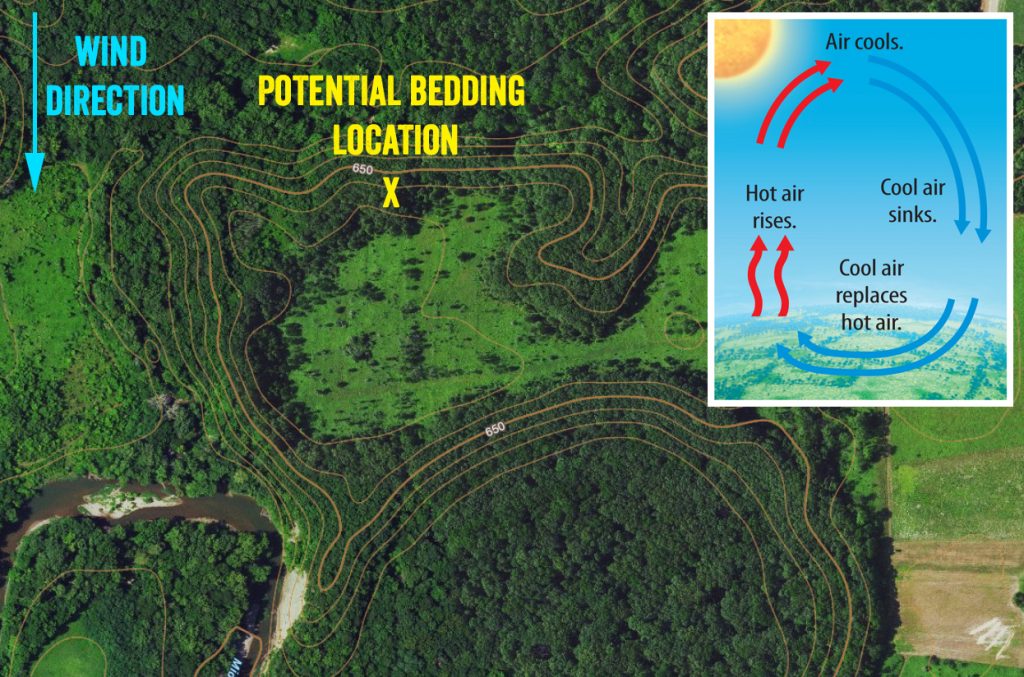 While much of Illinois is relatively flat, even subtle changes in topographic features can impact where deer bed. One of the more prominent bedding strategies, that is frequently used throughout the year, is the concept of bedding on ridge points. These areas provide ample security and exit routes for deer. Deer will usually utilize these ridge points under very specific wind directions, with a prominent wind coming down the ridge. When using these areas, deer will be facing into the lowland with the prominent wind direction coming from behind them. This allows deer to watch out for danger in front of them, while scent-checking to ensure there is nothing approaching from the rear. Additionally, as we discussed in earlier examples, thermals also carry scent up the ridge from the lowland in front. 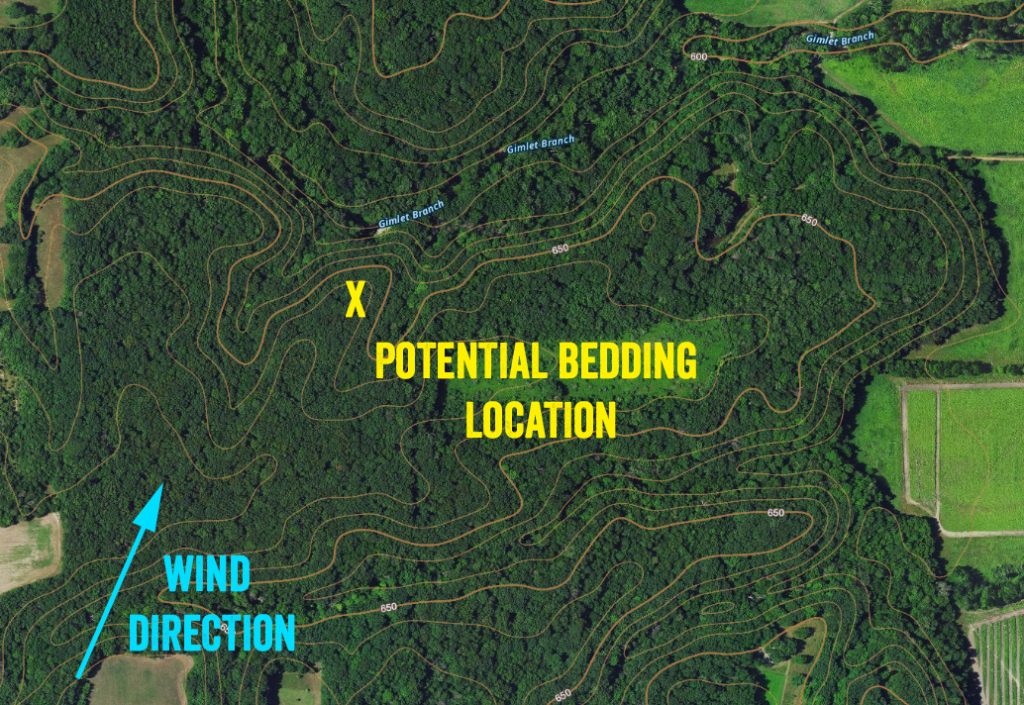 An oxbow is a bend in a river or creek that forms a “bowl-shaped” loop. Typically, there will be a small area of land connecting the oxbow to the mainland. These areas are very secure since there’s only one prominent direction predators can use to reach bedded deer. There are several factors that may reduce a deer’s likeliness to bed in an oxbow. Specifically, the amount of human traffic on the body of water (e.g., kayaking, fishing, canoeing) may reduce the likelihood of an oxbow being used as bedding. Since these areas only have one access point for potential dangers, often times the prominent wind direction must be from the mainland. When a deer beds in these areas, they will be facing the river/creek to lookout for danger. When a deer leaves an oxbow from bedding, commonly, they will walk directly into the wind to continue to scent-check as they transition out of the bedding area. 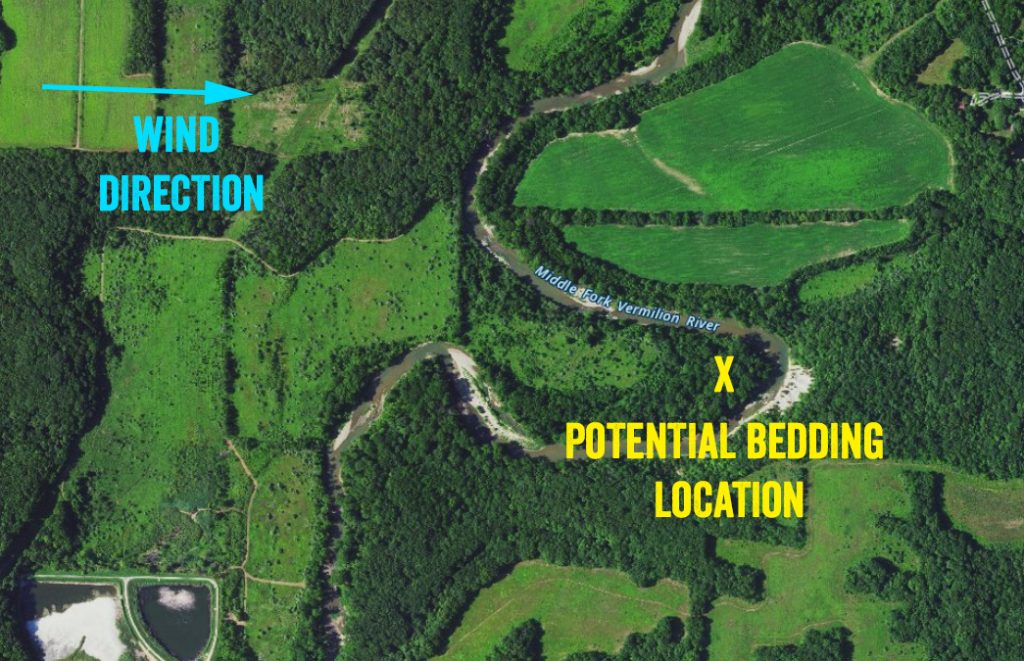 While identifying bedding areas take diligent notes including GPS coordinates, photographs, and other information that you may find useful as you prepare to hunt these areas next season. The next step after confirming bedding activity is to look for entry and exit routes to and from the bedding area by identifying prominent trails that deer use. When finding trails, it may advantageous to simply follow the trail and see where it goes. Often times, you’ll find confluences where two or more trails come together. These are the areas to highlight and remember for the upcoming season.