The Number of Displaced Peoples Around the World is Growing

Here are the facts: 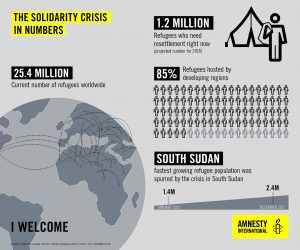 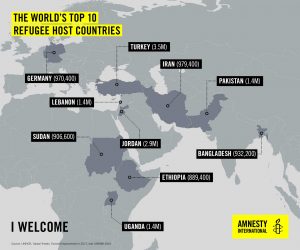 The United Nations High Commissioner for Refugees (UNHCR) employs 16,765 people around the world, and is currently working in 138 countries. But despite the expansive presence of the UNHCR, and the amount of money the United Nations uses towards aiding displaced peoples, it’s not enough. Refugee camps around the world are thought to be mini sanctuaries for those seeking asylum; people often think refugees living in camps are much better off, and have escaped to a better life. But the truth of the matter is that millions of refugees are living in abysmal conditions. When they first fled and began to settle in northern Libya, Eritrean refugees had many resources. The UNHCR brought doctors, medications, food, blankets, and other supplies. But not too soon after, resources ran out, the doctors went home because they were no longer able to be paid, and the medications were taken with them. Because of this, there has been an outbreak of tuberculosis, and because the refugees live in small cramped spaces, illnesses such as these spread like wildfire.

The situation in Libya is but one example of the struggles refugees face. When fleeing, many refugees lose contact with their families, become human trafficking victims, or are exploited in informal labor arrangements. More than 300,000 children migrated without their families in 2017. But as the number of displaced peoples grows, so does the need for monetary support. The country of Syria has disbursed the largest number of refugees in the shortest amount of time, while the Democratic Republic of the Congo (DRC) illustrates how refugees can migrate over a series of decades. Like many countries in Africa, many of the Congolese were displaced internally, trying to escape from war and civil unrest, but many were inevitably forced to flee into East Africa and other parts of the world. Refugees from the DRC have been fleeing for more than twenty years.

World Refugee Day is held on June 20th every year. On December 4, 2000 the United Nations General Assembly decided the 17th of June would be commemorated in honor and respect of the continuously growing number of refugees and peoples displaced around the world. This was later changed to coincide with Africa Refugee Day on June 20. World Refugee Day is observed by numerous countries around the world in an attempt to bring attention to the millions of refugees and other peoples displaced because of conflict, war, and/or persecution, and on the 20th of every year, people around the world come together to bring awareness to refugees’ stories — the challenges they face, the places they reside, and the communities they call home.

Past themes from World Refugee day have covered topics relating to families being torn apart, how refugees find a new sense of home in a foreign land, and how/if countries have programs and services in place for the protection of displaced peoples. In 2016, the United Nations Refugee Agency began the #WithRefugees campaign in an attempt to show support for the growing number of displaced peoples by taking action to ensure refugee children have access to education, families have access to safe and secure shelters, and all refugees have the opportunity to develop skills or find work and provide for their families. 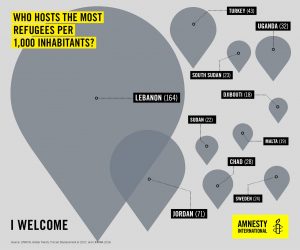 Numerous non-profits and non-governmental organizations like Amnesty International and the Red Cross International have been trying to offset the challenges refugees face. But as the population of displaced peoples worldwide continues to grow, resources dry up, and even those projects funded by the United Nations are not enough. In a world where war and conflict seem never-ending, we need to be thinking more seriously about how we can make conditions for refugees more humane and sustainable.

*Statistics and definitions courtesy of the United Nations. https://www.unhcr.org/

For more information on what is being done around the globe, visit the following sites