The campaign for this year’s World Environment Day (WED) is all about Air Pollution. 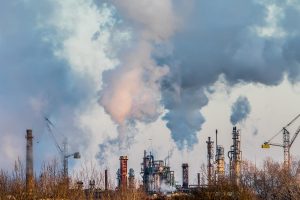 The first World Environment Day was held on June 5th, 1974. Created in an attempt to bring awareness to environmental issues around the world, WED was established by the UN General Assembly in 1972 in unison with the Stockholm Conference on the Human Environment. In 1974, the annual holiday began with the theme “Only One Earth.” Over the past four decades, WED has discussed a variety of environmental issues and challenges relating to desertification, the ozone layer, clean water, climate change, green cities, endangered species, rising sea level, and the state of our oceans.

2010 – “Many Species. One Planet. One Future.” hosted by Bangladesh

An Earth Anthem was written by Abhay K to commemorate WED in 2013, and has now been claimed as the WED Anthem. The lyrics are as follows:

“Our cosmic oasis, cosmic blue pearl
the most beautiful planet in the universe
all the continents and all the oceans
united we stand as flora and fauna
united we stand as species of one earth
different cultures, beliefs and ways
we are humans, the earth is our home
all the people and the nations of the world
all for one and one for all
united we unfurl the blue marble flag.” (1) 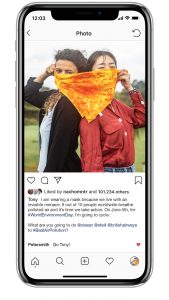 This year’s World Environment Day is celebrated through 6,306 events worldwide. Every year, schools, businesses, and non-governmental organizations participate by organizing unique and interactive events to inspire a desire to take better care of our environment.

On their website, UNenvironment always includes suggestions on how you as an individual can help with that year’s issue. This year, the #BeatAirPollution campaign suggests you

1. Turn off lights and electronics when not in use

2. Choose heating systems, stoves, and other appliances that are more eco-friendly

3. Refrain from burning trash that may add to air pollution

In addition, most years come with a “challenge” intended to spark discussions on social media. This year’s challenge is called the “Mask Challenge” and calls individuals to post photos of them using masks, illustrating that 9 of 10 people around the world are forced to breathe polluted air.

For more information on World Environment Day, you can go to the WED Website here.