By Mia Adams on December 18, 2018 in Uncategorized

On 4 December 2018, nearly forty people joined a panel to discuss the intersections between global knowledge and governance. After an introduction of the panelists by Steve Witt, the director of the Center for Global Studies, Brian Dill, Department Head and Associate Professor of Sociology, began the day’s proceedings with a look at international tax governance. Dill identified Amazon, Google, Starbucks and Apple as tax evaders  — meaning they look for legal loopholes in order to find ways to avoid taxes. There has been a recent outcry by governments and a big push on how to capture the big corporate transactions that take place; prompting legislation. Dill explored ways in which international taxation is being governed and identified currents systems as those that exacerbate inequality and advance the interests of those who write the rules.

In his presentation, Dill talked about the movement to regulate global taxation known as Base Erosion and Profit Shifting (BEPS). This was initiated by the G20 countries in 2014. Overall, there has been a rising capacity within corporations to find loopholes to shift profits from one entity to another, eroding traditional tax bases. Set to take effect in January of 2019, BEPS is a multi-governmental policy. 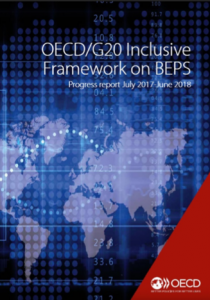 However, as Dill pointed out, the BEPS process has largely disadvantaged poor countries. Although the consultation process began to discuss how to implement new tax policy in 2014, countries from the global south were not invited to join the conversation until 2016.

Dill asked the audience to reflect on how many countries around the world have been denied development opportunities because of the deprivation of these resources?

The next speaker of the event was Zsuzsa Gille, Professor of Sociology and Director of the LAS Global Studies program. Her talk centered around global rules and rulemaking.  She began by identifying the effect that an increasing globalized world has had on the strength of the state, suggesting it has generally been weakening over time. But at the same time, Dr. Gille notes there are more regulations and rules being generated to govern the behavior of the state. States may no longer be the primary actors in regulations Gille suggests, since the nature of regulations has changed. 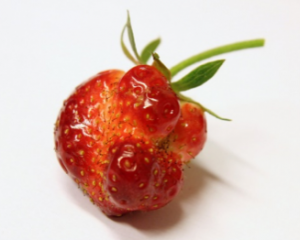 Dr. Gille made the claim that there is a connection between increased time spent on discussion over the little things, such as regulation of the shape of fruit which is ok to sell within Europe, and the recent rise of the populist movements of the right.

Colleen Murphy, Professor of Law, Philosophy and Political Science at the University of Illinois, was the next to address the enraptured audience. Murphy opened by stating that when we are dealing with the question of an increasingly interdependent world, we need to look at the theory of transitional justice —that is the idea that societies which are emerging from extended conflicts deal with the wrong-doing of millions of people.

Murphy outlined many different examples in the world where societies have had to deal with the transition from an extended conflict to a more orderly society. Countries in South America and Africa, including Sierra Leone, South Africa and Egypt; Asia with the Kmher Rouge of Cambodia and the Sri Lankan Civil War; and Columbia with the recent end of 52 years of conflict between the government and the rebel group FARC.

Within societies who are transitioning, there are a range of responses that deal with past wrongs. These include:

The body of scholarship on transitional justice tries to understand why particular societies make specific choices in how to deal with past wrongs and which wrongs they will focus on. Why are choices made?  Scholarship is disseminated in academic journals, but also reflected in the practice of NGOs that act in many places around the world, for example the International Center for Transitional Justice.  Lawyers are often heavily involved with these NGOs and work closely designing implementation of responses.

Murphy identified three worries about how scholarship is currently practiced, and suggested it may not be as global as it needs to be.  Firstly, there is a disproportionate exclusion of practitioners from the global south. The global body of scholarship is largely composed of scholars from the global north who go to the global south and advise them on what should happen. This may be erasing agency and expertise of actors in the global south. Secondly, the way in which the knowledge is generated may be limited because it fails to capture the characteristics of different groups who are in transition. This could include, for example, the gender dimensions of wrong-doing, but also needs to be further complicated to see how caste and gender interact. Thirdly, there is a worry that the aspiration to globalize knowledge and practice transitional justice is often defined as the “tool kit”, a prescription to be applied anywhere without taking into account the local context. In these situations, there is a danger of overlooking local viewpoints.

The final speaker of the day was Timothy Wedig, professor and Associate Director of LAS global studies. His talk focused on the impact on governance of knowledge that may not be accurate. He began by pointing out that conspiracy theories are corrosive to democracy and that paranoia is no basis for a system of government, since often paranoia produces toxic outcomes. While paranoia may be effective at gaining support, it produces poor policy decisions.

Governance requires good input. Wedig noted that recent polling data shows that 67% of Egyptians believe the U.S. controls ISIS in order to take over Syria; 55% of French citizens believe vaccine dangers are being hidden by the government; and 4% of Americans believe in lizard people.

Wedig pointed to research that shows belief in one conspiracy theory is highly correlated with belief in others. Sometimes this leads to individuals believing in two or more highly contradictory theories. Individuals may simultaneously believe that we have never gone to the moon and that there are secret moon-bases controlled by Radioshack. Research also shows that social isolation increases as individuals subscribe to conspiracy theories.

Wedig outlined two results of a large belief in conspiracy theories. Firstly, there is an erosion of trust in governance, institutions, and norms, which leads to a perceived, or actual, loss of legitimacy. Secondly, there is an increased penchant to assign blame to specific groups, increasing hostility and violence against the government or the “other”.

In terms of conspiracy’s impact on policy, Wedig identified several ways in which policy can be affected. Using climate change as an example, he identified that climate change is a conspiracy created by one of many actors. Conspiracy can lead to confusion about what scientific consensus and data mean. It allows for an easy manipulation of ignorance. Conspiracy encourages movement toward ready-made escapes from scary realities which enables individuals who do not want to think about the impact of climate change to look the other way.

Wedig ended by suggesting the best ways in which we can resist conspiranoia. He said first of all, those that are lost have to find their own way back. We need to stop debating those who engage in conspiracy theories, it only legitimizes their own position. We need to decipher how knowledge is created and advanced, and include discussion of methods, peer review, process of research, and the difference between fact and opinion. And as scholars, we need to make our own work accessible and transparent. This includes outreach in order to have conversations with non-academic audiences. If we publish an article, we should write a version for the general audience and publish it in spaces where the public can interact with it.

Figure 1: BEPS is an initiative by the G20 countries to decrease tax evasion by large international corporations.

Figure 2: In 2008 the European Union chose to allow the sale of ‘odd’ shaped fruit and vegetables.

For more information on the event, a supplemental libguide of the same name can be found here http://guides.library.illinois.edu/cgsbrownbag12418

The Mortenson Center, Dr. Valeda Dent, and the Importance of Rural Village Libraries in Uganda
Global Trends in Higher Education