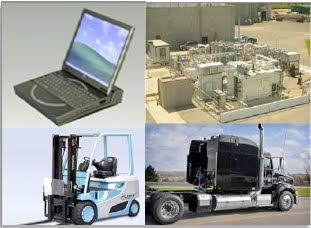 Portable Power
Portable fuel cells have the potential to replace battery packs and generators for use in electronics such as laptops and cell phones. The usage lifetime and bulkiness of personal devices would be greatly improved after replacing batteries due to the fact that fuel cells have a much higher power density. Another advantage of the portable fuel cell is the possibility to immediately refuel rather than the inconvenience of waiting for charging. The fuel cells also does not short or overload whereas a battery can malfunction and is limited to a certain number of years after which its power capability degrades.  Their application is particularly interesting in remote locations and emergency situations due their ‘wireless’ capabilities- they do not require an electrical grid. A hydrogen-powered generator has the potential to provide 2,000 Watts of power, which would be indispensable in the relief effort after a natural disaster.

It is also less detrimental to the environment to dispose fuel cells, unlike batteries that contain toxic lead and cadmium. Portable fuel cells are projected to be a $2.3 billion industry by 2016.

For a more detailed view please view the link to the Portable Power Brochure on the Fuel Cell and Hydrogen Energy Association website: http://www.fchea.org/index.php?id=56

Fuel cell vehicles, some of which utilize a combination of the technology and an electric battery, are already an established fixture on the roads.  These FCEVs include cars, marine transportation, buses, and construction vehicles such as forklifts.

Automobiles are a significant contributor to harmful carbon monoxide and greenhouse gas pollution—in the United States highway vehicles are to blame for 75% of petroleum consumption, over 60% of CO production, and releasing 20% of greenhouse gases. Compared to the traditional internal combustion engines, FCEV would nearly eradicate the pollution concern. Rather than continuing to use gasoline, the hydrogen gas would provide a much cleaner fuel.

In addition to circumventing the detrimental effects to the environment, fuel cell vehicles would decrease our reliance on foreign oil. Other advantages the fuel cell provides over conventional vehicles include its efficiency and diminished noise.

The lack of fueling station availability is currently limiting the commercialization of cars. This links to the Alternative Fuel Data Center that provides information as to where one can locate a fueling center. This is not an issue with municipal buses, where the route can revolve around hydrogen service stations; many European cities have already implemented zero-emission public fuel cell buses.  Forklifts are another ideal application of the technology. The problem of exchanging heavy batteries and waiting for them to charge in a warehouse would be eliminated, as would the space being wasted on swapping stations and storage of the batteries. 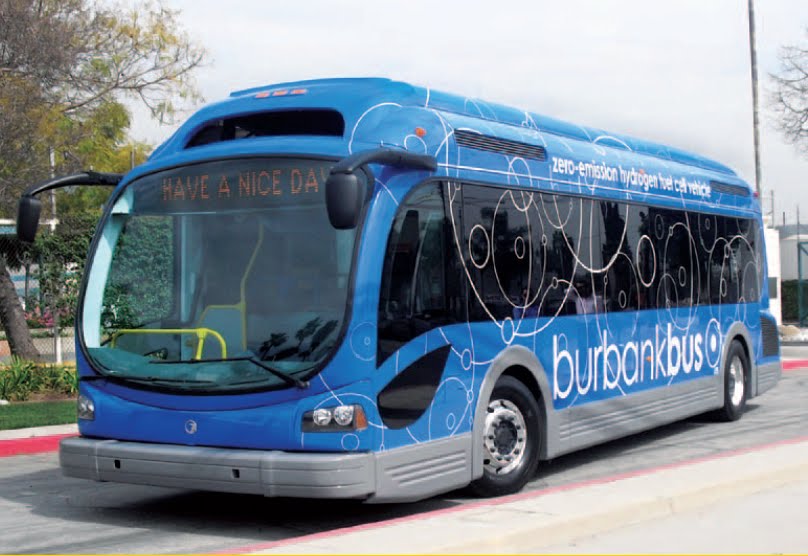 For more information we encourage viewing this site:

Fuel cells are becoming more prominent in commercial and residential sectors to provide power, either alone or as part of an integrated system. The fuel cells are able to deliver very efficient power while raising a company’s environmentally friendly profile. Notable companies that have implemented fuel cell systems include AT&T, Coca-Cola, Walmart, NBC Universal, and Google. These stationary systems are becoming so popular by providing power with negligible emissions that is not disruptive; the systems are clean and operate quietly. If waste heat is exploited for refrigeration or space heating purposes, the overall energy efficiency can increase from around 30% to over 80%. Another significant advantage over other power providers is the fuel cell’s reliability. It is estimated by Lawrence Berkeley National Laboratory that over $80 billion are lost annually due to power interruptions. Due to the fact that fuel cells operate off the electric grid, under ideal circumstances they can reach nearly 100% reliability—this is equivalent to having a one minute glitch every six years. In summation the fuel cell improves a building’s emissions, saves costs due to increased efficiency, and provides reliable energy.