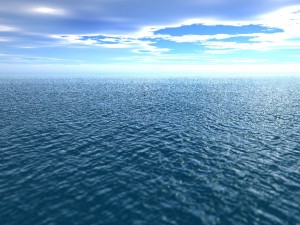 Neptunism was a theory stating that the majority of the rocks that comprise earth’s surface were once precipitated out of a vast ocean. 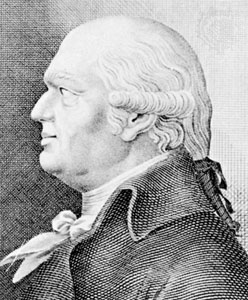 According to Werner’s theory the ocean floor was an originally uneven surface on which the oldest rocks precipitated during the primitive period. The primitive period was characterized by very deep, calm water conditions. Werner attributed the formation of crystalline rocks, such as granite, to these conditions.

The next period of Werner’s geologic timescale was the floetz period. This period was characterized as alternating between a shallow stormy ocean and a deep calm sea. This alteration between depositional environments apparently represented rocks with inconsistent or broken stratification. These rocks as well as volcanic and alluvial rocks are concurrent but are the result of different forces. For example, floetz were precipitated out of a universal ocean while basalts were believed to form by the burning of underground coal deposits.

It must be noted that Werner never traveled much. His interpretations of the landscape only pertained to the area where he taught. His assumption that the rocks he was observing must be the same everywhere else was his fundamental error. Werner’s theory of neptunism is a perfect example that assumptions in science are toxic to a well-developed understanding of the world.