This talk explores the licensing of silent GO in Russian. The existence of a silent predicate GO in various Germanic languages goes back to work by Barbiers (1995) and van Riemsdijk (2002), followed up more recently in work by van Dooren (2014). Within Slavic, Marušić and Žaucer (2005) present arguments for a null silent GO in Slovenian. In this talk, I replicate the results of various tests for Slovenian and present new data from Russian that highlight constraints on the licensing of this silent predicate related to modality, aspect, and negation. Such explorations raise questions cross-linguistically as to what licenses the silence of various predicates at large.

In this talk, we address the development of the palatalization contrast in Slavic from diachronic, synchronic, and phonetic perspectives. This contrast is inherited from Proto-Slavic, and modern Slavic languages exhibit quite a diversity in the expression of the secondary palatalization varying from ones that maintain contrast in at least one prosodic position (Russian, Polish, and Bulgarian), ones that show merger in some consonants but not others (Slovak, Czech, and Macedonian), and ones that lose the contrast entirely (Slovenian). The diachrony of this contrast is thus an important test case for theories of the actuation of sound change. A diachronic study of the contrast reveals a generalization about which consonant pairs are more or less likely to undergo merger, and an acoustic phonetic study on Russian points to the aspects of synchronic phonetic variability that correlate with merger. We then use the methods of the acoustic theory of speech production and synchronic phonology to further understand the development of the sound change.  The results and interpretation point to a tight interplay between phonetics and phonology in the realization of the change.

Special session on Acquisition and Processing of Slavic languages: 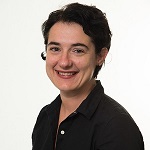 Comparing grammatical abilities of Serbian speakers with Williams and Down syndromes

This talk will provide an overview of grammatical abilities in children and adults with developmental disorders who are speakers of Bosnian/Croatian/Serbian/Montenegrin (BCSM), with a special focus on Williams syndrome (WS) and Down syndrome (DS).
Comparisons of grammar in DS and WS in Germanic and Romance languages have revealed extreme disparities in the two populations, despite their relatively similar levels of cognitive functioning: impairments of grammatical morphology have been widely reported in DS, but seem less obvious in WS. However, language abilities of BCSM speakers with developmental disorders are rarely documented. In this first study to examine grammatical morphology of Serbian-speaking individuals with the two genetic syndromes, we report on patterns of morphosyntactic deficiencies observed in young adults with DS, and their almost complete absence in young adults with WS. Importantly, the error rates observed in our Serbian-speaking sample of individuals with DS point to a less severe morphosyntactic impairment in this population than what is typically observed in English-speaking adults with DS. Results will be discussed with regards to morphosyntactic properties of Serbian. 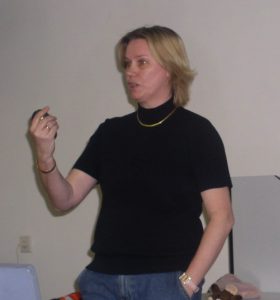 Slavic Psycholinguistics in the 21st Century

This talk provides an update on research in Slavic formal experimental psycholinguistics since 2000 (Sekerina 2006) that was published as a position paper for the workshop The Future of Slavic Linguistics in America (SLING2K; http://slaviccenters.duke.edu/projects/glossos-journal/issues/issue-8). I review five dimensions characteristic of Slavic psycholinguistics—populations, methods, domains, theoretical approaches, and specific languages—and summarize the experimental data from the Slavic studies conducted with monolingual young adults. I argue that the current research trends in Slavic psycholinguistics are (1) a shift from adult monolingual participants to special population groups, such as children, people with aphasia, and bilingual learners, (2) a continuing move in the direction of cognitive neuroscience, with more emphasis on online experimental techniques, such as eye-tracking and neuroimaging, and (3) a focus on Slavic-specific phenomena that contribute to the ongoing debates in general psycholinguistics. The current infrastructural trends are (1) development of psycholinguistic databases and resources for Slavic languages, and (2) a rise of psycholinguistic research conducted in Eastern European countries and disseminated in Slavic languages. 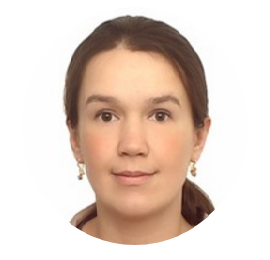 Experimental studies of agreement in Russian

In the history of linguistics, many great theories and tools were developed on a very limited set of languages and were substantially enriched or reconsidered when more languages were added to the picture. Now we see this happening in many domains of experimental linguistics, and my modest contribution will focus on the studies of agreement. Agreement has been a hot topic in psycholinguistics for the last 25 years, and seeing one more experimental study one might think: not again! However, most existing studies were conducted on Germanic and Romance languages, and turning to Slavic languages we can focus on many questions that could not be asked before, including agreement in the system with three genders and six cases, the role of morphological syncretism and morphological regularity, the role of word order and so on. In my talk, I will quickly go over various experiments on case, number and gender agreement we conducted with my students during the last couple of years and will present the results of several new studies. I will aim to outline a bigger picture: what a language like Russian can add to existing processing models in this domain, and what our experimental results can contribute to several theoretical issues in morphology and syntax.