Note: The keynote presentations were not recorded at ECEC19

Getting Ahead of Emerging Contaminants with the Class 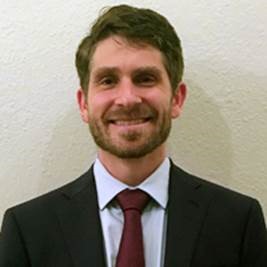 Abstract: Growing concern about the presence of highly fluorinated chemicals (PFAS) in drinking water has brought increased recognition of broader emerging contaminants issues. Policy makers and the public are gaining a newfound appreciation for the multitude of little-studied and unregulated industrial chemicals to which we are routinely exposed. For some emerging contaminants, gains in scientific understanding have outpaced development of new regulations. Many more contaminants remain largely unstudied. The traditional risk management approach that deals with substances individually is time-consuming and poorly suited to address the large volume of chemicals that needs to be addressed. In response, there is a growing interest in using class-based approaches for chemicals management. This talk will use the case of PFAS to highlight the utility of (and challenges associated with) class-based chemicals management. Examples will include initiatives at the local, state, and international levels to regulate PFAS in products and in drinking water, as well as efforts by manufacturers to reduce their reliance on this class of chemicals.

Biography: Thomas Bruton received his Ph.D. in environmental engineering at UC Berkeley, where his research focused on using in-situ chemical oxidation for remediation of chemical contaminants, including PFAS, in soil and groundwater. In 2017, Tom joined the Green Science Policy Institute, which works collaboratively with partners in academia, government, business, and the nonprofit sector to reduce the use of harmful chemicals in products. Tom currently leads the Institute’s research and policy work on PFAS. He is the author of several peer-reviewed papers on PFAS, and is frequently interviewed by the news media. 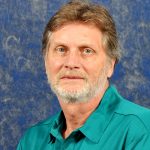 Abstract: Plastics are increasingly used in Global Society. Their low cost incentivizes careless disposal & their entry into the marine environment is projected to double in 10 years. Polymers eventually fragment, as a function of composition & environmental factors, into microplastics. These take the form of irregular particles or fibers, with sizes extending down into the nanoparticle range. Microbeads are also intentionally manufactured. Small particle size accentuates reactive surface areas & analytical difficulties. While the impacts of large debris on charismatic mega-fauna have been recognized for decades, concern over threats from microplastics is recent. Smaller fragment size places minute, but ecologically important organisms at risk. Microplastics also present threats to humans, where exposure is likely greatest from inhalation & ingestion of indoor dust, not seafood consumption. Chemicals are added to plastics at % levels during manufacturing to achieve desired properties. Additives include flame retardants, which pose particular risks to children. Environmental pollutants also concentrate on polymer surfaces. In aquatic organisms filter feeders ranging from oysters to whale sharks may be at particular risk from physical & chemical impacts. Plastic debris may also serve as novel substrates for aquatic biofilms & their transport may carry exotics substantial distances. Wastewater treatment removes >90% of microplastics from effluents, but these may later be reintroduced to the environment by land application.

Rob was born in Detroit, MI. He received bachelor degrees in both chemistry and biology (Wayne State University), as well as a Ph.D. in Marine Science (William & Mary). He initially worked as a Research Environmental Chemist for Mobil Corp. in Princeton, NJ, before returning to VIMS, where he is now a Professor in the Dept. of Aquatic Health Sciences.

Emerging Contaminants: State of the Art and New Discoveries 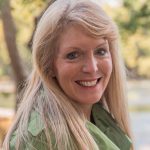 Abstract: Environmental research continues to expand beyond traditional, regulated contaminants to emerging contaminants, such as sucralose and other artificial sweeteners, nanomaterials, perfluorinated compounds, pharmaceuticals, hormones, drinking water and swimming pool disinfection by-products (DBPs), 1,4-dioxane, sunscreens/UV filters, flame retardants, benzotriazoles, naphthenic acids, algal toxins, and new contaminants on the horizon: ionic liquids and microplastics. These are now frequently being found in water samples, including rivers, lakes, ground water, and drinking water. Moreover, understanding their fate and transport in the environment and in wastewater/drinking water treatment is vitally important, and as such, one of the major trends continues to be in identifying their transformation products. Because environmental samples are inherently complex mixtures with trace-level contaminants, the development of sensitive and modern analytical tools has been key for their identification and measurement. This presentation will provide an overview of the state of the science for emerging contaminants, their formation and transformation in the environment, and the modern tools used to measure them.

Biography: Susan D. Richardson is the Arthur Sease Williams Professor of Chemistry in the Department of Chemistry and Biochemistry at the University of South Carolina. Prior to coming to USC in January 2014, she was a Research Chemist for several years at the U.S. EPA’s National Exposure Research Laboratory in Athens, GA. Susan is the recipient of the 2008 American Chemical Society Award for Creative Advancements in Environmental Science & Technology, has received an honorary doctorate from Cape Breton University in Canada (2006), and was recently recognized as an ACS Fellow (2016). Susan was also recently elected as the Vice President/President Elect for the American Society for Mass Spectrometry.