Elise is an MD/Ph.D. candidate in Sociology. In her dissertation research, she seeks to discern relationship(s), particularly causal relationships, between chronic pain and colonization—a chronic history of US empire that she characterizes through ongoing encounters with violence and trauma—in order to inform better care practices and policies for urban American Indian populations. Through a mixed methods study, she investigates chronic pain stories for American Indians, focusing on how American Indian chronic pain sufferers seek care, which modalities of care they use, and how they cope with an incurable illness. Research in this special population with a potent history of trauma enables her to explore a broader research concern regarding integrated critical theories of chronic pain that enable more patient-centered care.

Meggan J. Lee is a doctoral student in the Sociology department. She received a master’s degree in sociology from DePaul University and a B.A. degree in criminal justice and psychology from Clark University. She studies punishment practices within and the production of inequalities by the criminal justice system, specifically in prisons. As a CompGen Fellow, Meggan is working with her co-mentors, Professors Ruby Mendenhall, Sandra Rodriguez-Zas, and Olgica Milenkovic on identifying ways to leverage the CompGen instrument to better detect genomic variation among low-income black mothers who live in areas with high levels of violence.

Vernita is a graduate student in the College of Media. She entered the Institute of Communication Research’s Ph.D. program after completing a diplomatic career with the United States Agency for International Development, United States Department of State. She worked in 40 countries across Africa, the Middle East, Asia, Latin America and the Caribbean and managed some of the world’s largest development portfolios. She holds a Master of Science degree from Yale University in evolutionary biology and tropical ecology and a Bachelor of Science degree from the University of California, Berkeley in natural resource systems management. Before becoming a National Economics Association Doctoral Fellow at the University of Maryland, College Park, she completed the Economic Studies Program at the United States Foreign Service Institute. She also actively pursues film, dance, music and performance as avocations and tools of pedagogy. 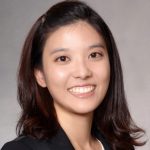 So Young is a doctoral candidate at UIUC in Human Development and Family Studies and Juris doctor candidate at UIUC College of Law. She has her Master in Public Policy from the Harris School of Public Policy, University of Chicago and Master of Arts in International Trade and Finance from Yonsei University, South Korea. She is an interdisciplinary scholar studying the effects of legislation and public policy on families and how it impacts individual and family socioemotional and psychological well-being. She is also interested in parent-child relationships and how education and family policies for low-income and/or single parent families influence positive youth development. 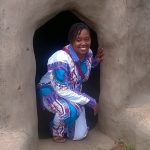 Lakisha is a doctoral candidate at UIUC in Human Development and Family Studies. She is interested in interpersonal and intimate relations, especially in the context of African transnationalism at the family level and remote enculturation. She has a special interest in family reunification between African (1st generation) and the African diaspora (4th or later generation living outside of Africa). She is also curious about understanding the sense of belonging and psychological well-being as an outcome of ethnic identity and family reunification.

Karthik is a first-year graduate student in Anthropology interested in the biological mechanisms driving health disparities in populations. His previous research as an undergraduate involved various epigenetic studies focused on changes to DNA methylation in humans due to environmental factors. Currently, he seeks to explore how the composition and expression patterns of the microbiome influence problems like obesity, diabetes, or preterm birth via metagenomic and transcriptomic approaches. 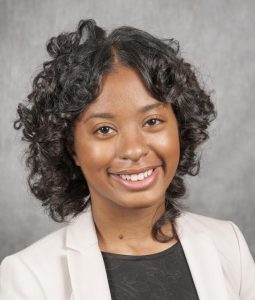 Stephanie Moore is a doctoral student in the Department of Human Development and Family Studies. Her research interests include: neighborhood effects on educational attainment, parental involvement among African Americans parents, urban teacher preparation, and culturally responsive teaching. For her dissertation, she is  examining how urban teachers identify and perceive socio-emotional deficiencies or challenges among urban black youth and the ways in which their race, sex and socioeconomic circumstances influence teachers assessment of mental health and or socio-emotional challenges among Black adolescents. Her current research examines teachers’ and parents’ beliefs on what it takes to prepare children for school.  A native of Chicago and a proud product of Chicago Public Schools, Stephanie received her BA of Public Health from the University of Illinois at Chicago in 2015. She currently serves as the President of the Black Graduate Student Association (BGSA) and an executive board member for the HDFS Graduate Student Organization (GSO).

Kristine is a junior majoring in Sociology and minoring in Business while all on the pre-med track at the University of Illinois at Urbana-Champaign. She has worked under Professor Mendenhall for three semesters on her studies regarding the correlation between stress and depression in single mothers in Englewood.

Ogorchi is a junior majoring in molecular and celluar biology. In my time at Naperville Central High School, I took interesting science classes like biotech, anatomy, and molecular biology that led me to discover my passion for science. Through each of these courses, I explored different aspects of biology and gained a greater appreciation of the true breadth of the sciences. I’ve carried my passion for science with me to the University of Illinois and I plan to share it with as many other students as possible. Currently, I volunteer my time with the Chemistry REACT program and I’m the on the exec board for Sistas in Stem.

Brianna is a junior majoring in Integrative Biology with a minor in Chemistry. She is interested in looking at Epigenetics within the African American community, specifically males, and studying the influence of environment on an individual’s behavior and phenotype.