The CDI Lab is pleased to welcome three new graduate students, Corey Parrott, Lee Alacoque, and Bello Waheed Babatunde.  Corey and Lee will be starting their PhDs in August, and Waheed will begin his master’s degree.

Corey joins us from Lockheed Martin Corporation, where he performed stress analysis of aircraft structures.  Prior to working at Lockheed, Corey attended Clemson University in Clemson, South Carolina, where he completed his master’s degree with a concentration in structural mechanics.  Lee joins us from Embry-Riddle Aeronautical University in Daytona Beach, Florida, where he recently completed his master’s degree, which focused on optimization of 3D cellular structures.

Waheed joins us from the University of Lagos in Nigeria, where he completed his bachelor’s degree in mechanical engineering.

We look forward to welcoming them to campus next month, and we wish all three of them the best of luck!

Prof. Kai James was selected as one of ix speakers in the Virtual Summer Seminar Series hosted by the US Association for Computational Mechanics.  Prof. James presented the CDI Lab’s latest research on topology optimization of self-actuating shape-memory polymer mechanisms.  The full presentation can be viewed here.

CDI Lab PhD Student, Prateek Ranjan, presented his latest paper titled “Mission-Adaptive Lifting System Design using Integrated Multidisciplinary Topology Optimization” at the 2020 AIAA SciTech Forum on June 16th.  The paper discussed a coupled aero-structural optimization framework for the design of a mission adaptive airfoil.  This year’s forum was moved to an online virtual format due to the ongoing restrictions imposed by the Covid-19 pandemic.  However, the talks were generally well-attended and featured plenty of audience questions and feedback.

Kai A. James, assistant professor in the Department of Aerospace Engineering at the University of Illinois at Urbana-Champaign, has been named the inaugural Scott White Aerospace Engineering Faculty Fellow. This appointment provides faculty support for an individual who conducts research in materials, a field for which its namesake, Professor Scott White, was globally recognized.

James commented, “This is an immense honor considering Scott’s prolific accomplishments as a researcher, and his positive impact on me personally as a cherished mentor during my first years with the department.”

James joined the faculty in the Dept. of AE in 2015.  His primary area of research is in developing computer algorithms to aid in the design of complex mechanical systems.  In 2018, James received the National Science Foundation’s Faculty Early Career Development (CAREER) Award. He is also using science to attract more underserved students to STEM.

Scott White passed away in 2018 at the age of 55. For information about how you can support the department, contact Tim Cochrane.

The research of Prof. Kai James and former University of Illinois Master’s student Yeshern Maharaj is featured in a new article on popluarmechanics.com.  Check it out here! 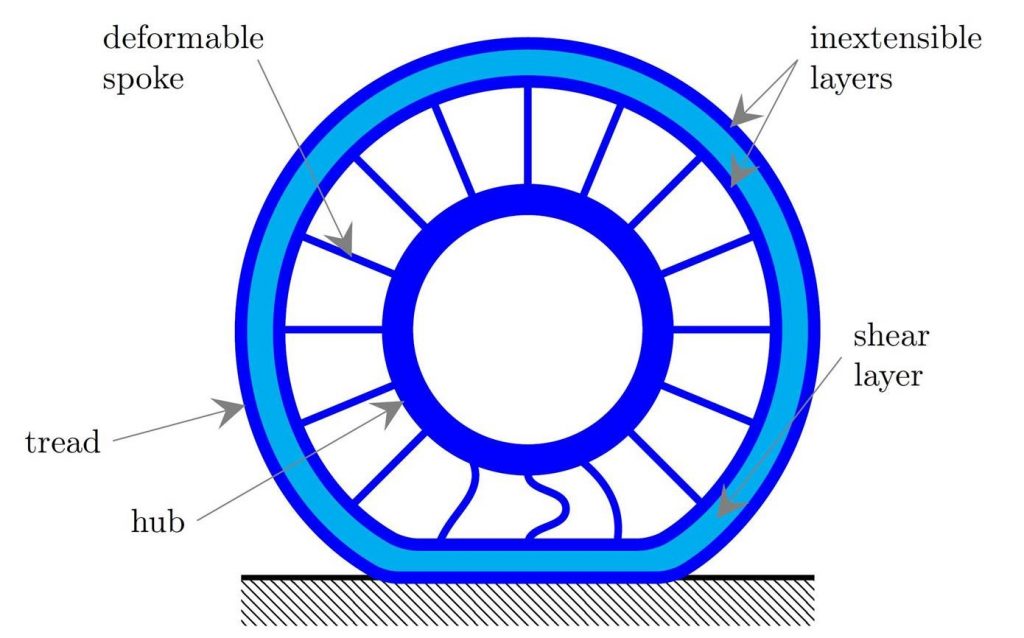 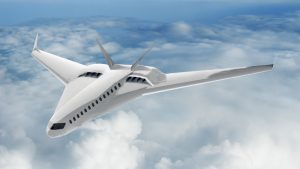 Prof. Kai James is part of a team of 16 researchers from across the US that has been awarded a six million dollar grant as part of NASA’s University Leadership Initiative. The team, led by Prof. Phil Ansell, also from the university of Illinois, will investigate the design of a novel electric aircraft fueled by cryogenic liquid hydrogen.  This effort seeks to advance in new paradigm in aviation, which will allow us to significantly reduce our reliance on hydrocarbon fuels and decrease the industry’s carbon footprint.

Additional details of the project can be found here.

The CDI Lab is pleased to welcome two new students, Ghanendra Das and Patrick Kelley, both of whom will join the group as master’s students this fall.

Ghanendra joins us from Safran Aerospace India, where he worked as a repair, design and stress engineer focusing on aircraft landing gear.  Prior to this, he attended The Nitte Meenakshi Institute of Technology in Bangalore, India, where he completed his bachelor’s degree in aeronautical engineering in 2017.  Ghanendra’s research will focus on aerostructural design of hybrid electric aircraft.

Patrick joins us from Lake Superior State University, where he completed his bachelor’s degree in mechanical engineering in May, 2019.  Patrick’s research will investigate computational synthesis of structures and mechanisms for space applications.

We look forward to working with them, and we wish them both the best of luck!

The CDI Lab congratulates Alex Jessee on the successful completion of his MS degree in aerospace engineering.  Alex joined us in the Fall of 2017, after having previously worked as a mechanical engineer at Eaton, where he designed clutches for commercial vehicle applications.  Alex wrote his master’s thesis on Simultaneous Packing and Routing Optimization of Thermal-Fluid Systems.  Beginning in August, Alex will be working as a structures and dynamics engineer at Aerojet Rocketdyne in Huntsville, Alabama.  There he will work on structural analysis of solid rocket motors.  We wish Alex the best of luck as he embarks on the next chapter of his career!

On Thursday, July 26, Anurag Bhattacharyya and Ziliang “Troy” Kang each presented their latest research on structural topology optimization of self-actuating mechanisms containing active materials.  The talks were presented at the 13th World Congress on Computational Mechanics in New York, NY.  Both talks were part of the mini-symposium “Computational Materials Design: Emerging Multiscale, Optimization and Reconstruction Techniques”, which was co-organized by Prof. Kai James along with his colleagues Dr. Masoud Safdari (UIUC), Dr. Ahmad Najafi (Drexel), and Dr. Majid Baniassadi, (U. Tehran).  Anurag presented his research on transient finite element analysis and design sensitivity analysis of shape memory polymers, while Troy presented his most recent results on topology optimization of shape memory alloys. 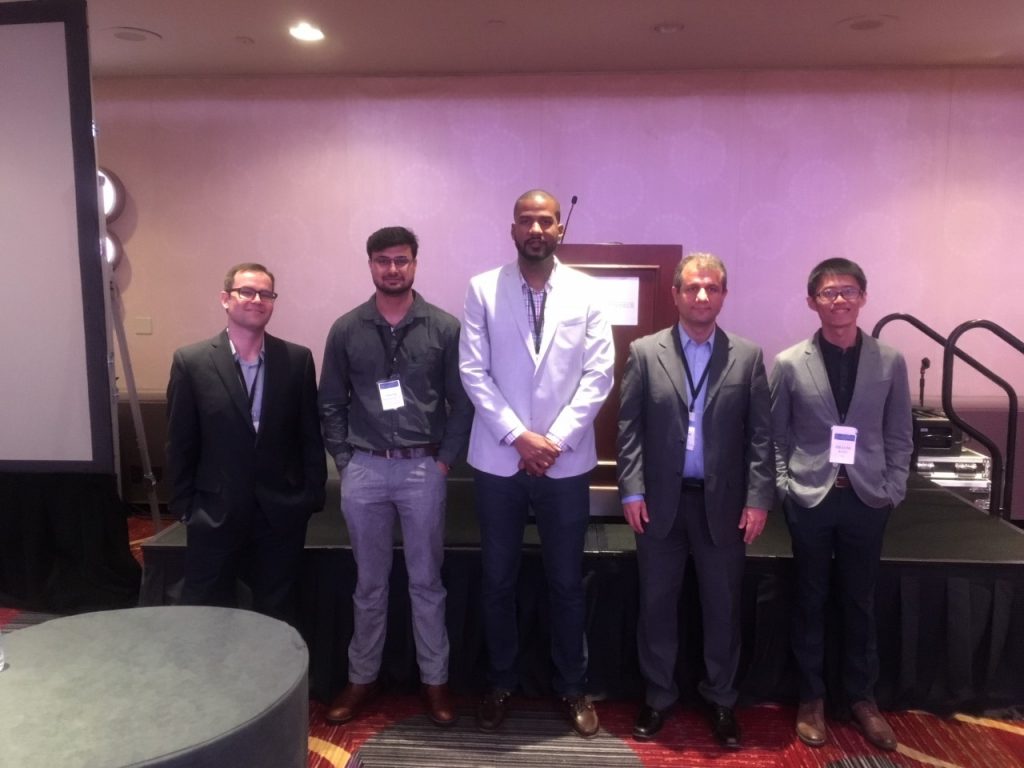 When designing mechanisms that move and work together, the variables may seem unlimited. But in fact, there is likely a design that optimizes the efficiency of the mechanism, like finding the sweet spot for the fulcrum on a pair of plyers to get maximum force. Kai James, professor in the Department of Aerospace Engineering at the University of Illinois, is working to design a computer algorithm to find that point of greatest efficiency. And, he is using the science to attract more underserved students to STEM.

James’ project was recently funded through the National Science Foundation Faculty Early Career Development (CAREER) Program. Proposals that are selected are from a single early-career investigator that include research and education activities that are integrated, innovative, and ambitious.

“I want to create a framework where algorithms could, starting with the black box, generate an entire design concept for compound machines that contain multiple components,” James says. “In addition to optimizing the structure of each component—it’s shape, geometry, and material layout—the algorithm can also optimize the connectivity between the components. So the algorithm, for example, will tell us where a hinge should be placed to maximize mechanical advantage”

James explains that the algorithm will generate a series of numbers, resulting in a mathematical description of the design. After it is interpreted, a corresponding computer aided design file, or CAD, is created that contains a 3D representation of the design.

“What’s new about this project is that the types of algorithms we’re using have previously only been applied to the designs of structures—meaning that the system you’re creating contains a single part,” James says. “It moves, but all of the motion is purely due to elastic deflection—bending, twisting, and basically straining the material.

“In the real world, mechanisms have multiple components. Motion isn’t due to elasticity, but rather through what’s called rigid body motion. In a pair of plyers, for example, the two lever arms are undergoing rigid body motion. There may be some elastic compliance, but we’re not relying on that compliance to generate the transfer of force from the input to the output. If you apply force of 100 Newtons at the input, we want to maximize the output force at the jaws of the particular device. In this case, because of the geometry and where the fulcrum is placed, we’ll get a mechanical advantage magnification of this force by about 10 times. The output will be 10 times stronger than the input force.”

In order to generate the design, James says the algorithm has to know how the design behaves mathematically.

“Within the algorithm there will be a module that simulates the mechanical response of the system. And it will do that repeatedly,” James says. “You start out with an initial baseline, a guess, for what we think the design should look like. The algorithm will determine how good the design is and where the design can be improved. It will iteratively generate new designs, test the design, and then systematically modify it. It’s all automated. We tell it what an optimal design should be, what criteria needs to be satisfied, and the algorithm searches the virtual space of potential designs to determine how effective the current design is, then it determines how sensitive that effectiveness is to small changes in the design. This is called sensitivity analysis. It’s a form of calculus.”

What does this have to do with aerospace? James says aerospace engineers may want to describe the efficiency or the performance of a mechanism such as drag in the case of an aircraft design.

“We have an algorithm that evaluates drag as a function of the design features,” James says. “They are represented mathematically as a set of parameters. The algorithm has to know the physics of the system that you’re trying to design, then it can evaluate the design, perform a sensitivity analysis. Based on those sensitivities, it will determine how it should update the design to improve it. And those improvements will happen incrementally. We perform that successively until the algorithm converges to a design that satisfies our optimality criteria. Once you have that, that’s the best possible design or at the very least, a mathematical optimum within the design space that you’ve provided for the algorithm to search.”

James says, this level of physics is what a first-year graduate student would likely understand, but the science will be modified to be accessible to undergraduate students.

The $500,000 NSF funding will make possible a series of workshops every other week, beginning in August, 2018 and run through 2023. The workshops will be less formal than an actual course.

Undergraduate students who participate in the workshops don’t need to be majoring in math or science or even engineering. James will work with the university Office of Minority Student Affairs to market the program to attract students who wouldn’t normally gravitate toward STEM disciplines, that is, science, technology, engineering, and math. The outcome of the workshops will be activities for K-12 visitors to the Engineering Open House at the University of Illinois the following spring.

Rather than being theoretical, the information students receive will be focused on applications, taking a high-level look at optimal design. “It will look at some new breakthroughs in the research community to whet the students’ appetite for STEM,” James says. “There will be some technical instruction as well. They’ll learn to understand some of the mathematics that govern these algorithms and design strategies.”