It’s already halfway through the semester! I’ve learned so much about the positives and negatives of my writing style over these past weeks. In my portfolio, I will revise some of the mistakes I’ve made on my previous essays and critical responses.

My first serious essay, the Rhetorical Analysis, is what I wish to focus the most on. Although I got a pretty high B on the paper, I could have easily gotten a high A by simply following the instructions. I failed to recognize and use the vocabulary of the Toulmin Analysis. After taking AP English in high school and having to write a rhetorical analysis for the exam, I’ve been stuck with the AP mindset of not using first-person and not using the words “thesis” or “warrant” in my essay. My teacher used to say it was obvious to the reader what the thesis was so I carried it on into college. For revising my essay, I plan to include the Toulmin Analysis words and I won’t be afraid to use I despite my fears of being too informal.

I’ve earned pretty high scores on the critical responses, but not perfect scores. I can alter my grammar and maybe play up some of my vocabulary to obtain higher scores. 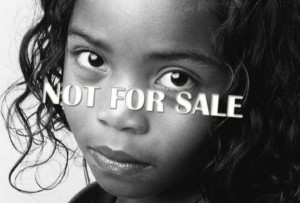 I’ve decided on researching an entirely new topic: human trafficking. The research question I developed is “Why is human trafficking most prevalent in impoverished countries, especially Southeast Asia?”.

Like Phillip Gerard, I have an idea of what human trafficking is and the negative nature of it but I don’t know anything else about it. By researching in books and scholarly articles, I want to unlock new layers to human trafficking and in the end, I want to be very knowledgable about the topic.

Just in case you don’t know what human trafficking is, it’s the “the illegal movement of people, typically for the purposes of forced labor or commercial sexual exploitation.” (Google.com). It’s a really pressing topic because it’s basically modern day slavery. Everyday girls (some as young as 10 years old) are lured or kidnapped and sold into the sex business. They spend a majority of their lives paying off their debts. Originally I was going to do a paper on the definition of human trafficking but I’ve found that human trafficking is most common in Southeast Asia, a very poor part of the world. I’m expanding my research question by intersecting the topics of poverty and human trafficking and discovering why human trafficking comes hand-in-hand with poverty.

Wish me luck on my research,

You’re a senior now I can’t believe it! While I may not be an expert at college yet (I started school about a month ago), I do know a lot more than I did in high school. I will tell you that your research core and mentorship class will be loads of help for your English class. Mr. Markus was being nitpicky with grammar and formatting mistakes for a reason.

Currently, I have to write a research paper for English class and I have to explore exigent topics to write about. I’m thinking of doing global warming, because it affects not just animals, but the human race. Gradually we are killing this beautiful earth by being the selfish, materialistic human beings that we are and it’s just baffling to me.

I’m also thinking about doing something more animal specific. Teachers for Creatures, a new club that I joined, discusses animal controversies such as breed discrimination and puppy mills. Either way, I’m hoping to do a topic I’m passionate about and relates to my major.