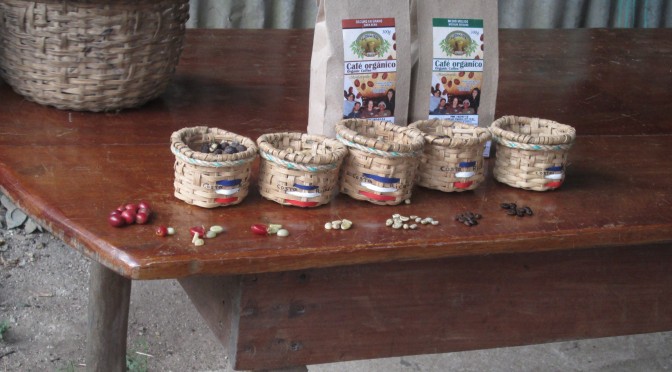 There are 5 different names for the coffee beans depending on which step of the process they are in. The first step is called the cherry. This is the coffee that is just off of the branch. The next step is called something that was lost in translation. Anibal, our translator, was unsure of the name in English. However it was after the bean had been dried out in the sun. The third step is called the Golden Bean, this is right before they bean is ready to be toasted. The next two steps are middle roast and dark roast. These are both beans that have been toasted and are ready for sale. The middle roast is toasted less than the dark roast. Both have lots of flavor. Oldemar’s farm does not make a light roast, because they say there is not enough flavor and it is too acidic and ruins the coffee bean. They refuse to make it.