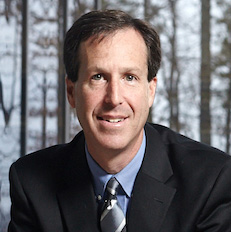 The Digital Public Library of America (DPLA) is close to two years old, and contains millions of books, manuscripts, photographs, maps, works of art, and audiovisual material, all of it freely available from over a thousand partner libraries, archives, and museums. DPLA executive director Dan Cohen will be giving a talk that explores how you can make discoveries in the massive collection using DPLA’s innovative search tools, such as its map interface. In addition, he will provide a deeper look at the data underlying modern libraries and how this data can enable transformative uses of our shared cultural heritage.

About the Speaker:
Dan Cohen is the founding Executive Director of the Digital Public Library of America. Until 2013, Cohen was a Professor of History in the Department of History and Art History at George Mason University and the Director of the Roy Rosenzweig Center for History and New Media. His personal research has been in digital humanities, broadly constructed: the impact of new media and technology on all aspects of knowledge, from the nature of digitized resources to twenty-first century research techniques and software tools to the changing landscape of communication and publication. At the Roy Rosenzweig Center for History and New Media he oversaw projects ranging from PressForward to the September 11 Digital Archive to the popular Zotero research tool. He received his bachelor’s degree from Princeton, a master’s from Harvard, and his doctorate from Yale.

Cohen is the inaugural recipient of the American Council of Learned Societies’ Digital Innovation Fellowship. In 2011, he received the Frederick G. Kilgour Award from the American Library Association for his work in digital humanities. In 2012, he was named one of the top “tech innovators” in academia by the Chronicle of Higher Education.

He is the co-author of Digital History: A Guide to Gathering, Preserving, and Presenting the Past on the Web (University of Pennsylvania Press, 2005), author of Equations from God: Pure Mathematics and Victorian Faith (Johns Hopkins University Press, 2007), and co-editor of Hacking the Academy (University of Michigan Press, 2012). He has published articles and book chapters on new media, the history of mathematics and religion, the teaching of history, scholarly communication, and the future of the humanities in a digital age in esteemed journals and his work has been featured frequently in The New York Times, The Washington Post, The Chronicle of Higher Education, and Times Higher Education.

This event is free and open to the public.