This post is part of an ongoing series about my research on conspiracy theories and the tools I use to pursue it. You can read Part I: What is a Conspiracy Theory and Part II: Why Are Conspiracy Theories So Compelling? on Commons Knowledge.

Part of my research project, in which I am attempting to give an empirically-informed account of what constitutes a conspiracy theory, involves reading through a text that compiles a few hundred different conspiracy theories and gives brief accounts of them. By reading through them and coding for the presence of various features, I hoped to get some information on what features were most typical of conspiracy theories. My own suspicion is that an important part of the appeal of conspiracy theories is that, in general, we tend to find appeals to coincidence unconvincing. For example, if a student is repeatedly absent from class on test days and gives as an excuse a series of illnesses, we are inclined to find this unconvincing. It seems very coincidental that their illnesses always occur on test days. Of course, it’s possible that it really is a coincidence, but we strongly discount the explanatory weight of such an appeal. If we cast about for another theory to explain their absences, we quickly happen across another one: The student didn’t prepare for the tests and so wanted to avoid coming to class. Again, it’s possible this theory is incorrect, but it is much more satisfying than the theory that the student just coincidentally gets sick on test days. 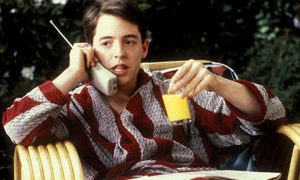 I suspect that conspiracy theories derive much of their appeal from the unsatisfactory character of appeals to coincidence. To pick just one example: The plane crash that killed Senator Paul Wellstone in 2002 has been the focal point of a number of conspiracy theories. The standard account is that the crash was due to pilot error. One way that suspicion has been raised about this account is by noting a number of seeming coincidences. One coincidence is that Wellstone was one of the most outspoken voices against the Bush administration at the time. It raised some conspiracy theorists’ eyebrows that such a prominent liberal voice “just happened” to die unexpectedly in a plane crash. Alternative theories propose that members of the Bush administration arranged for the assassination of Wellstone. Another purported coincidence involved accounts of electronic malfunction: cell phones and automatic garage door openers in the vicinity supposedly malfunctioned at roughly the same time the plane crashed. This is accounted for in some conspiracy theories by appealing to the use of electromagnetic frequency weapon which disabled the controls of the plane, while also causing malfunction in nearby electronic equipment. My hypothesis is that this style of explanation and theory development is typical of conspiracy theories in general.

In my study, I have noted whether each conspiracy theory in my chosen compilation points to an appeal to coincidence in the rival (usually “standard”) account and, if it does, whether it then appeals to a conspiracy in order to provide a “better” theory to replace the one that appeals to coincidence. Unfortunately, this strategy has hit an obstacle. While there is a strong correlation between pointing to an appeal to coincidence as a problem with a theory and substituting an appeal to conspiracy in its place, there were relatively few theories that appeared to do this, based on the text. Even in cases where I knew the criticism of appeals to coincidence frequently played a large role in the justification of particular conspiracy theories, I often found no evidence of this in the brief accounts of the theories given in the book. It could be, of course, that my hypothesis is just mistaken; given that it didn’t match up with other conclusions I’d drawn based on other sources, however, I am inclined to think the problem is the source text. Thinking it over, it was clear that the nature of the text was to present the accounts “objectively,” stating the content of the views, normally without any effort to convince the reader one way or the other. Occasionally, talk of coincidences finds its way into the entries. Even then, it is only rarely explicit: for example, there are zero appearances of the word ‘coincidence’ or the phrase ‘just happened’, only three appearances of ‘coincidental’, and all appearances of ‘happened to’ are, upon checking the context, not related to appeals to coincidence in explanation. No other typically “coincidental” language makes a significant appearance. My concern is that this reveals only that my chosen text doesn’t address whether the presented theories are explanatorily superior to its rivals or explore how they developed in the first place. Since those are the areas in which coincidence would play a larger role, I’ve concluded that my chosen text is misleading as a source of data about conspiracy theories (at least with regard to the role of coincidence; in other areas, such as whether the theory is an official or unofficial account, it is much more reliable).

In order to resolve this obstacle, I have settled on using primary sources that are more likely to involve attempts to persuade the reader that the contained theory is correct and superior to its rivals. This includes books and websites that present a particular conspiracy theory and online fora where proponents of various conspiracy theories argue and collaborate in the development of conspiracy theories. This is obviously vastly larger than the single anthology I initially intended to use. My focus currently is finding a way to carve out a manageable chunk of this gigantic data set, most likely from online message boards, like Reddit, and use text from these fora to find evidence for my hypothesis about appeals to coincidence. This will necessitate the use of at least two kinds of digital techniques: web scraping, in order to extract usable text from a large number of individual websites, and topic modeling, in order to find meaningful relationships within an otherwise unmanageably large corpus. In my next post, I will talk about my initial forays into these techniques.