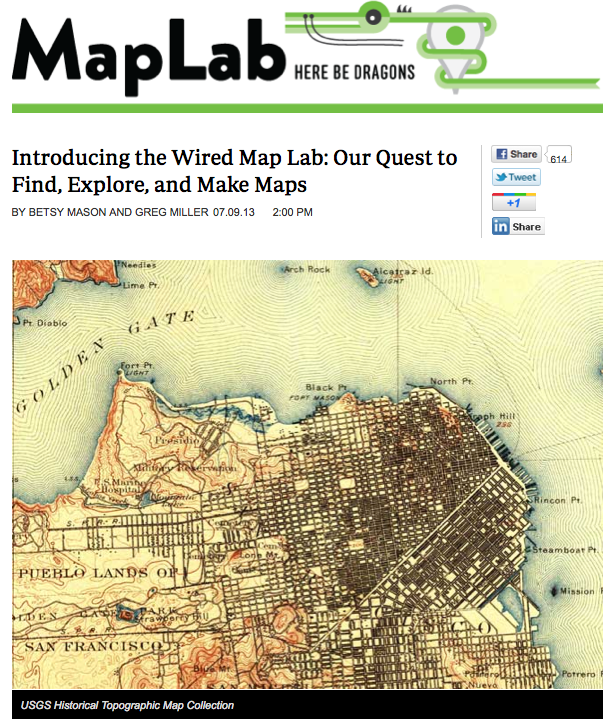 We’ll be exploring mapping software, hunting for data, and figuring out, step-by-step, how to make digital maps. We hope to make maps that tell interesting stories, answer important questions, reveal hidden relationships, and enhance the reporting we do at Wired.

The blog is authored in part by GIS professionals and encourages feedback from readers.