Our TA’s gave us a small blessing this morning to help us start our day. Instead of a 7:15 start like Monday, we got an extra 5 minutes of sleep and had a 7:20 start. As soon as we stepped outside, it was already hot, foreshadowing for some of the day’s events. After a short and groggy walk to breakfast, we got to dig into some food. We had a classic breakfast sandwich with croissant bread, hard-boiled egg and a banana. Julia came up with a little trick to spice up the sandwich by putting the sliced-up egg on the sandwich for some extra flavor. We also got some much-needed coffee. Normally I detest instant coffee but for some reason, I love it in these early mornings on Puña.

We arrived at the hotel and Juan Pablo told us some of the rules for the desalination plant. We needed three things in order to be allowed to be safely in the plant: Hard hat, boots, and long pants. In addition to safety, these items all had one thing in common, they all made you very hot. On our walk to the plant, we took a new path to get there and got to see some new parts of the town.

We were greeted at the plant by a safety officer. We signed into the plant and went upstairs to the lab to drop off our equipment. Immediately upon entering the lab, we could feel the air conditioning but alas, we had to make our way back outside in order to begin our plant tour. I won’t bog down this post with the details, but one thing sticks out about plant. It is so much more modern and is in stark contrast the rest of the island. There’s this multi-million-dollar plant and mere kilometers away, we talked to some family that wakes up every morning and carries a bucket of water to and from the local well to get their water for the day.

After the tour, it was time to get to work. We were already working up a mean sweat from simply walking around the plant and now we had to collect some samples. We began by collecting a sample from the well that the plant currently draws it’s influent. The well was housed in a small building a couple hundred meters away from the plant. In addition to a pump, this building acted as a storage facility for some of the various treatment chemicals used. As we were checking out the pump and gathering our sample, Benito began asking us about what each chemical in the building was and what it was used for. Being the young students that we are, we had a very difficult time of figuring it out. In fact, it was mostly Benito noticing that we had no idea what each chemical did and then explaining to us the processes while we frantically took notes.

On our walk back to the plant, the heat really started to set in. It felt as if every piece of fabric on my body was soaked like I had just jumped into a pool. If I recall correctly, I had probably had about 2 liters of water at this point and I was still thirsty. It wasn’t even noon yet. We got to the plant and began taking samples at a couple of points throughout the system. Unfortunately for us, the next two samples were going to be taken right in direct sunlight. As we collected our samples, we transported them back to the lab so that the other team could get some data. After we had gathered our three samples, it was time to break for lunch.

I felt bad for the family who was making us lunch. We all walked into their house all drenched in sweat and smelling terrible. Fortunately for us, she was about to make us an amazing meal. We had an appetizer of some bean and potato soup. Then a main course of seafood fried rice with plantains. Now I can’t comment on whether it was good of not because I’m not able to eat it, but it looked exceptional. We wrapped up our meal, ready to finish up our data collection at the plant.

A couple of us headed back to the hotel to get what was left of our water to bring back to the plant. We didn’t bring as much water to the plant as we needed initially. The heat, confounded with the fact that we need to use bottled water to rinse the equipment, and we were piling up empty bottles. It seems kind of ironic that we came to the island to solve a water crisis and sort of ended up in a mini water crisis of our own. I just wish that the island’s problems were as easy to solve as our own.

We quickly wrapped up the second half of our sampling which was much easier than the first half. Most of the collection sites in the second half were out of the sun which made it easier on us. We then departed back to the hotel. Some of us very excited to ditch our hard hats, take off our boots and put on some shorts.

After the desalination plant we planned on heading over to the local clinic to talk to one of the head doctors on the island. That plan was delayed a bit due to unexpected circumstances. We first had to get some ice cream. This ice cream of course served a purpose, to cool us off. Once we finished our ice cream. We departed over to the clinic where we asked the doctor some questions with Juan Pablo translating for us. We learned a lot about the common ailments of the island’s people as well as some of the sanitation practices people have.

As we were departing from the clinic, a soccer game had begun at the soccer court outside. Not ones to pass up some free entertainment, we watched about five minutes of the game as Benito and Juan Pablo wrapped up with the doctor. To our surprise, we saw someone who has been serving us dinner as one of the goalies in the game. Unfortunately, as we were on our way out, we had to watch him get scored on, but we pretended we never saw that. Dinner was a simple meal of rice, beans, fried plantains and for dessert we had this fruit that was reminiscent of a cherry but was a lot sweeter. After dinner, we headed back to the hotel for a much-needed shower before we began our lab work. We finished up the lab work around 11:00 pm, ready for another 7am start 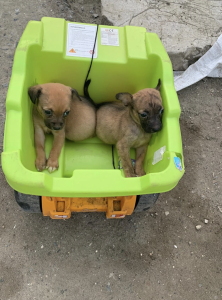 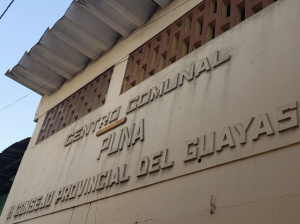 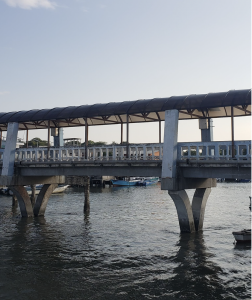 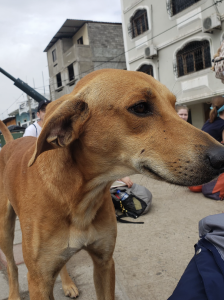 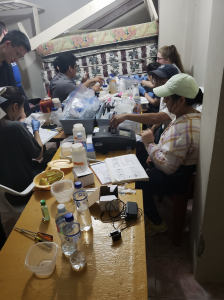 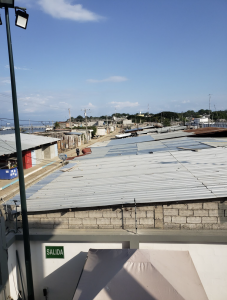 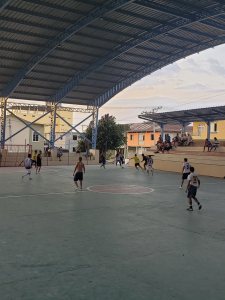 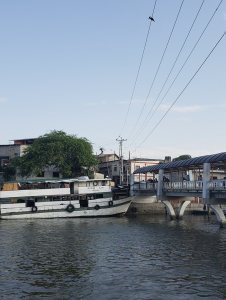