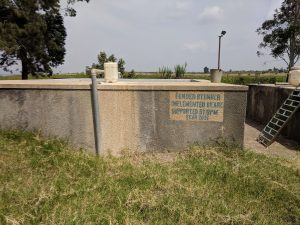 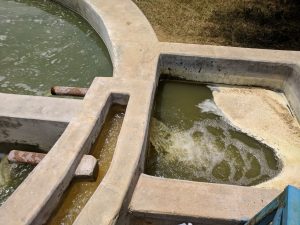 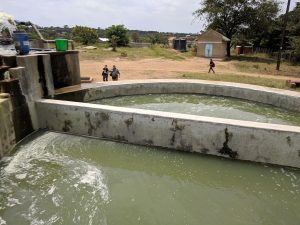 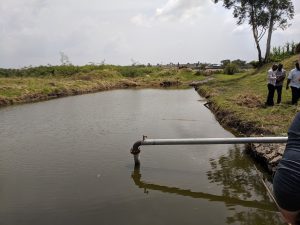 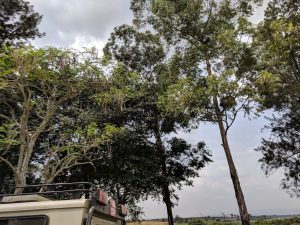 Starting our first day of field work, we first drove to the office of the Prime Minister where we were formally welcomed into the country for our efforts. As Amos, the director of the Nakivale and Oruchinga camp explained the government of Uganda’s commitment to improving the camps, Peter expressed his gratitude for allowing us to conduct research in the settlement, outlining his motivation to make sure our research would not go without tangible change within the community.

After driving another hour towards the settlement, we were greeted by the assistant to the commander of the UNHCFR camp associated with the office of the prime minister of Uganda who explained the current conditions of the camp. Currently, there are 102,000 refugees consisting of mostly French speaking residents who all have the potential to receive full Uganda citizenship. The government’s role in the camp comprises providing a plot of land for the refugees for farming and housing and arranging services through NGOs such as the World Food Programme and UNHCR. They are also in charge of security and policing within the camp to ensure the safety of the refugees. Unlike refugee settlements in other countries, Uganda’s government encourages the citizens of the camp to farm their own land in order for families to use new skills to bring back to their home country. The Uganda refugee camps also differ in their policies to allow citizens to grow their own food when WFP donations are not sufficient.  Although the government arranges services for the refugees, there are various outside players. NGO’s, for example, provide the funds for water, food, and construction of infrastructure within the camp.  The camp has been around for 60 years consisting of 27 villages, and there is a census every three years conducted at the camp. It was clear driving through the settlement’s dusty roads, there were many families and local businesses within the camp, and we were frequently greeted by the residents as we passed.

Once we spoke with the leaders of the settlement, we arrived at the Basecamp Water Treatment Plant to learn about the water treatment and distribution process the camp employs. Hearing from the operations manager of the water treatment plant, Jean Baptiste, we listened and took notes as he walked us through the treatment methods already in place. Collecting from Lake Nakivale, the water is pumped through a galvanized iron pipe to pre-chlorination tanks where alum, chlorine, and soda ash is added before flocculation and sedimentation. As we familiarized ourselves with the plant more and more, it was clear that Jean Baptiste was eager to see improvements made within the camp, always willing to explain things twice if needed to us if we didn’t understand or wanted clarification on the current dimensions and materials used to construct the plant.

There are currently five treatment plants in the Nakivale settlement, three of which use raw lake water and hand pumps while the other two are motorized from groundwater. Basecamp is the largest of the plants with a capacity of 600,000-700,000 L/day supplying water to 89,207 residents at 17-18 L per refugee per day. For many of the residents, the walk to the nearest water tap is 500 m, and there are still many challenges within the settlement to address in terms of water access. In order for improvements to be made, Jean Baptiste would like to prioritize increasing the capacity of the plant, adding more chemicals, acquiring more fuel and generators to power the plant, and extending the pipelines. Though the amount of work felt overwhelming, we all wanted to work to see the improvements were implemented.

Our time visiting basecamp, collecting samples, and performing field tests on the raw source water and treated water from the plant ended with us traveling to the center of the camp for lunch, where we had the chance to speak more with Richard, Peter, and Jean Baptiste. We all loved trying the different cuisines we were starting to grow accustomed to while learning more about the language and customs of the cultures within the settlement.

After lunch, we split into two groups to take samples from the community water taps and survey the residents on the quality of their water. Surrounded by Gerry cans in rows, the tap operated systematically with children sliding cans down the rows as each was filled. With Richard as our translator, we were able to speak with members of the Water Committee at the tap and ask them questions about the biggest challenges their community was facing with water supply. In terms of quality, most residents had no complaints, however, the committee reported the capacity of the water was barely sufficient to meet the needs of the entire community.

Our long first day of field work ended with all of us tired from the heat and activity, but as soon as we got back to the hotel, there was still a lot of lab work yet to do. Dividing into groups after dinner, we tested the samples collected from the raw source water of the lake, the basin at the plant, the chlorinated and treated water, and the two taps we visited. For some of us, it was our first time using the titrators and calorimeters, but by the end of the night, each of us had learned something new.The lab work ended our first day, but we were ready to return to the camp the next day and learn how we could work to meet the growing needs of the community.