As new diseases continue to appear in animal populations, ecologists are increasingly faced with answering questions regarding the distribution and prevalence of infection. In some disease systems, it has become clear that species other than the focal host and parasite–such as those that provide food for hosts, compete with hosts for food, and prey on sick hosts–can inhibit or facilitate disease spread. Therefore, interactions with other species may influence the distribution of disease. However, finding mechanistic explanations in this web of direct and indirect effects requires merging aspects of evolutionary biology and epidemiology with community ecology. To make these connections, we have been exploiting an experimentally tractable disease system by using an aquatic parasite (the fungus Metschnikowia bicuspidata) and its host (Daphnia). We build on our own work, as well as that of others, to integrate the role of Daphnia as grazers of algae, as competitors with other zooplankton for that algae, and as prey for fishes and invertebrates. Each of these interactions likely influences disease spread among the hosts. We approach our system with data-theory integration. We construct mathematical models, refine those models using experiments, and test model predictions with observations of epidemics. 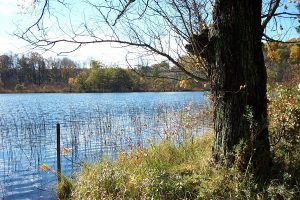 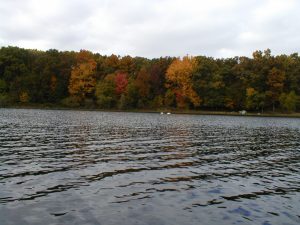 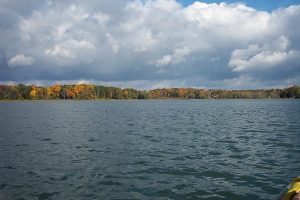 Anthropogenic change of the landscape is occurring at unprecedented rates, representing a massive and unplanned ecological experiment affecting both species diversity and the quality of their associated habitats. Typically associated with urbanization is the creation of urban stormwater habitats. These novel habitats, hereafter stormwater ponds, provide us with a unique opportunity to apply ecological and evolutionary theory to better our understanding of the mechanisms underlying the creation and maintenance of biodiversity. Inhabitants of these stormwater ponds include larval mosquitoes, which in their adult life-stage vector a multitude of human diseases, posing a large threat to human health. Little is known about the food web structure of these habitats, which limits our ability to predict how ecological interactions may influence disease transmission. We are coupling field and laboratory manipulative experiments with mathematical theory to address how ecological interactions in these freshwater ponds influence the abundance and distribution of mosquitoes across the landscape.

Before an adult female mosquito can transmit a disease to a human, however, juvenile mosquitoes must successfully survive development in an aquatic habitat. In urban areas, female mosquitoes often lay their eggs in small, temporary aquatic habitats created by infrastructure for the management of stormwater run-off, such as roadside catch basins and drainage ditches. Therefore, a better understanding of the food web ecology of stormwater habitats is needed to help explain the distribution and abundance of mosquitoes. Recent scientific advances have the potential to transform the understanding of which factors are most important in determining species distributions and abundances, including the recognition that all animal guts harbor complex communities of microbes, known as the gut microbiome, and that this microbial community has the potential to influence the survival and reproduction of that animal in unexpected ways. This research will examine how a complex set of interactions between the free living microbes, the gut microbiome, the host mosquito, and other members of the aquatic food web, can result in variation in mosquito growth and survival to adulthood, which ultimately affects human disease risk.  Our goal is to quantify the feedbacks that govern how communities assemble simultaneously across hierarchical scales from the repeated assembly of food webs in temporary aquatic habitats to the simultaneous assembly of the gut microbiome of individual mosquitoes colonizing those food webs. Two interrelated questions will be addressed using field and laboratory experiments: Is the assembly of the gut microbiota of two important mosquito vectors driven by the corresponding assembly of the invertebrate food web? Do microbiome-driven differences in the growth rate of community members influence invertebrate community assembly? The focus on food webs and microbial communities that assemble in larval mosquito habitats also provides a link between community ecology, microbial ecology, and disease ecology. 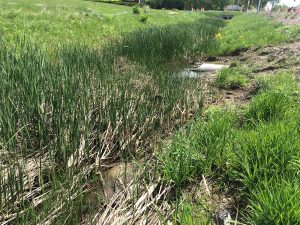 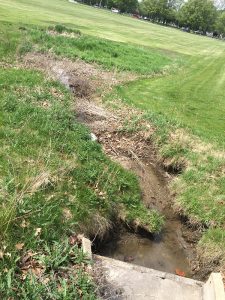