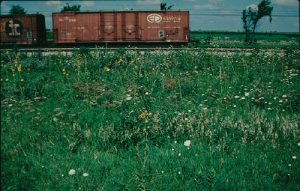 In some areas where native prairie habitat has disappeared because of human development or intensive agriculture, roadside prairie remnants may be the only natural communities that still persist. Benefits of prairie remnants include potential reduction in the cost of roadside maintenance and increased erosion control. Native prairie remnants can reduce the presence of exotic and noxious weeds along highway corridors. These remnants also provide habitat for game species such as ring-necked pheasant and Northern bobwhite quail.

Roadside remnants provide cover and dispersal corridors for prairie flora and fauna, and they are an invaluable source of seed of local ecotypes for habitat restoration projects. They provide refugia for species that have been eliminated from the nearby landscape and they sometimes link areas of higher quality prairies, allowing dispersal of species and genetic exchange between remnants. Because they are often linear in shape, they may cross several soil types and moisture gradients, creating communities of high diversity. IDOT requested an inventory of roadside prairies during 2001–2003. Areas where roads and railroads run parallel often provide native prairies with protection from destruction. 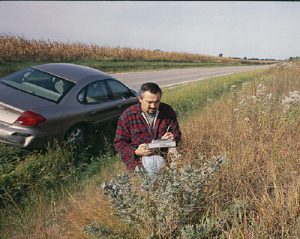 During the initial study, areas, where roads ran parallel within 400 ft of an existing railroad, were identified and surveyed. Surveys of these areas
detected 325 prairie and savanna remnants, totaling 564 linear miles. In 2010, IDOT requested a follow-up to the original inventory to assess changes and provide more detailed information on the overall health and viability of roadside prairies in Illinois. During 2010 and 2011, 4 of the 9 IDOT districts (5, 7, 8, and 9) were resurveyed by INHS botanist Bill Handel. Of the 325 original sites, 137 (42%) were reevaluated, and 5 new prairie remnants were located during surveys. Preliminary results show that many remnants have been lost to development, and others have become much more degraded since the original surveys.