In this section, I implemented a function to model clipping effect. I modeled two types of clipping functions. Distortion function simply multiplies the input signal by the specified amplification factor and saturates all the samples above a certain threshold and its transfer function has a sharp edge at the threshold. 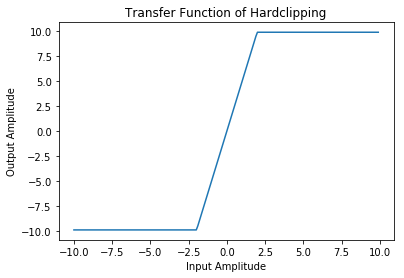 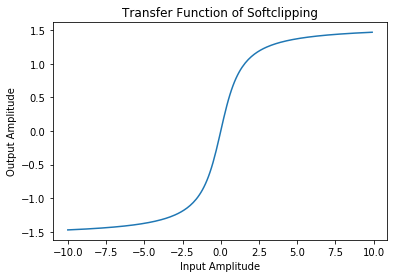